What ITC 40k Could Learn From Infinity

You are here: Home › 40K › Editorial › Infinity › What ITC 40k Could Learn From Infinity

Hey guys, it’s Adam from RUMBL and TheDiceAbide. It’s no secret that since I’ve become involved in the Infinity community, my interest in competitive 40k has waned significantly.

Game mechanics aside (people have their preferences) a big reason for this has been the way competitive Infinity is played, compared to competitive 40k. Infinity has something called the ITS, the Infinity Tournament System, which is a massive feat of community tournament support, far beyond what any other game publisher has done. It consists of army builder, tournament organization and recording software, as well as a PDF document outlining the various scenarios and exactly how to run an Infinity tournament. That document, the formats it outlines and the scenarios it supports are really what sets Infinity leaps and bounds ahead of many other games, in terms of viability for solid competition. ITC 40k was created by the guys over at Frontline Gaming (likely where you’re reading this article!), all of which are veterans of many years of 40k, with the intention of making a flexible format, that promotes a common language and interpretation of rules in the 40k community. Despite the desire to have this flexibility, it would seem that tournaments deviate from the standard ITC scenarios and army construction rules. On the other hand, when you’re playing Infinity tournaments, it feels like no two are the same with a wide variety of requirements from army construction and scenarios. Some of these variables include:

With just the first three variables, you’re already talking about 12 different possibilities that will greatly affect your army construction, and each will provide it’s own challenges. You could say that ITS is open-ended within a set of restrictions, but these guidelines actually create the feeling that there are more choices to what is “official” and thus accepted by the community. In ITC, despite having the ability to do something, such as restrict allies, and still call it official, it is seen by the community as a deviation from the norm and not responded to as positively as the variables in Infinity.

As it is, there are plenty of options available in the current edition of 40k, but without being given an official designation, are ignored by virtually everyone. Borrowing from the formats in Infinity, you could build some similar ones in 40k:

Without taking into account Unbound or not, nor what scenarios are played, you’re talking 27 different formats. By giving guidelines and defining a common language around tournament formats, you actually encourage more variety than telling tournament organizers that they can do whatever they want. When the Bay Area Open first hit back in 2012 (I believe it was run on this format at least, my brain is wobbly), Reece and the guys had a crazy idea, “lets play two scenarios at once.” That alone totally changed how armies were constructed and how the game was played, and went far to balance the game, which was much smaller (in terms of unit capabilities, no flyers, no super heavies, Carnifexes were scary and considered large models). These days the game is very different than the game we had before.

Instead of running scenarios based on those from the book, it’s time for ITC to build and test it’s own scenarios. Each one does not need to be totally balanced between high KP armies and low, between shooting armies and melee, but instead should be balanced in an environment. There could be some scenarios that favor one over the other, but knowing the scenarios far enough in advance also goes far to tailor a list appropriately. This allows a lot more flexibility in design, and can also use feedback (and metrics gathered at tournaments) to help balance and continue to iterate. They may not be perfect at first, though they can be tested by the community ahead of time.

If you’re wondering where I’d start, I’d personally look at the Infinity scenarios for some guidance, and just for kicks, I’ve adapted a few to 40k use: 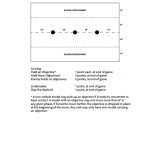 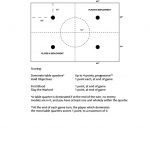 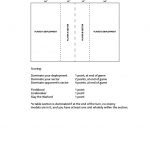 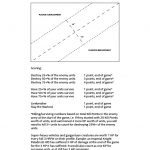 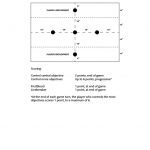 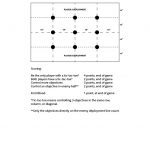 Disclaimer: I have not tested these in the slightest, it was just me brain-dumping, but they do seem like a fun place to begin. If you do want to try them out or tweak them, please share the results! You can also download them in PDF form.

What do you think? Have you played any other games that you think could lend some good ideas to the world of 40k?

← Signals from the Frontline #478: Formations for Sisters and Custodes!
Power of the Void: Eldar Corsairs Shenanigans III →

12 Responses to “What ITC 40k Could Learn From Infinity”