Heyo everyone, It is the worlds worst 40k player her, Hotsauceman. I’m here to tell you about the Tau Empire’s XV109 Y’Vahra Battlesuit. For more tips, check out Tactics Corner for more fun stuff.

A close range variant of the Riptide. This guy is meant to get into the face of the enemies and annihilate them with brutal firepower. What seems like 2 different weapon systems actually work well together. A different type of Tau unit just because he is meant to be close, while the other tau want to be far from the action. 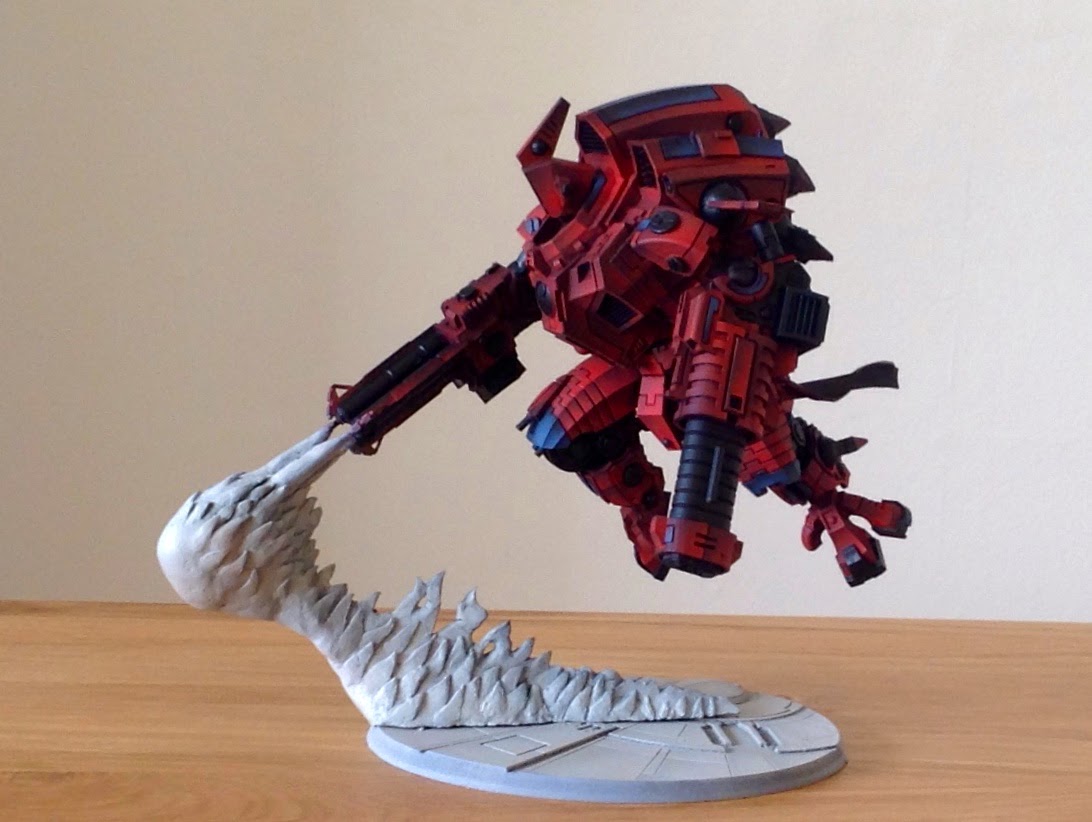 Like said, this guy is meant to be in the face of your enemy and then run when things get too serious. A bit weaker than normal riptides in terms of its ability to survive. It is able to deal accurate damage pretty easy. So be sure to be careful with this guy because he cannot take a hit, and while he has abilities to get out of combat, most guys will tear though this guy. 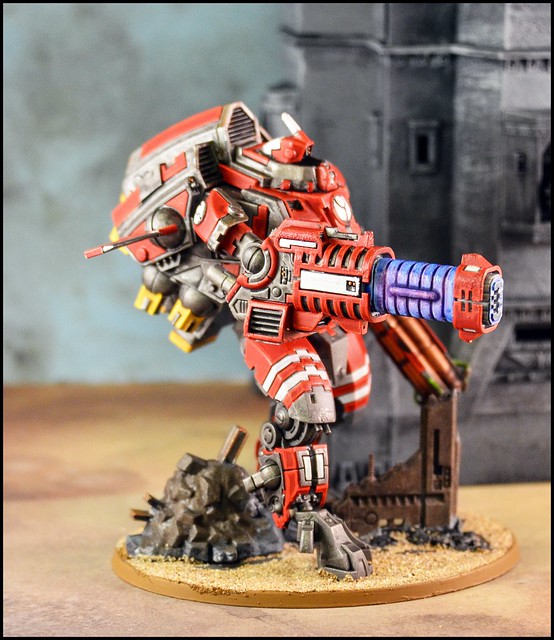 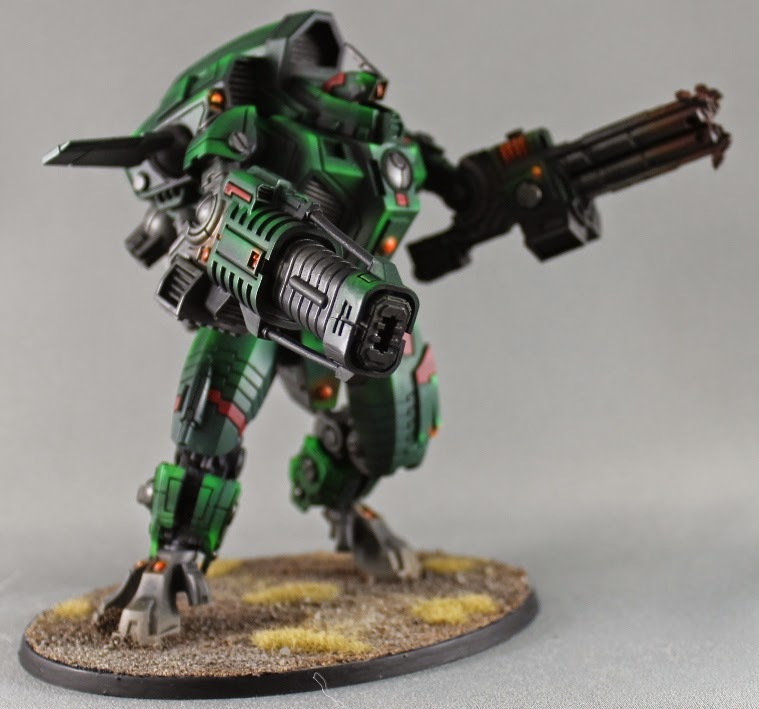 Ok, So, as always, building the units and what to give the Y’vahra in terms of upgrades. As I said earlier, you should skip over the drones. They prevent his Vectored Thrust Array from activating. But if you want some survivability, take them and just hope your opponent kills those first. Now, there are a myriad of special systems this guy can take. The problem is he is already expensive. He clocks in at over 230 points. So keep him cheap or your end up bogged up with too many upgrades. The best and most simple is the Early Warning Override. With the Flamer automatically hitting, anything with a 2+ will not want to get near you. Stimulant Injector may be a good idea, you only have 4 wounds. But I have never had this guy survive because Grav-guns always kill him. So it is up to you whether it is worth it.

Ok, now onto actual tactics. Moving like a FMC is good and all, the problem is that his guns are such short range. So, if you can somehow get him up the field it would work great, One such way is infiltrate him, if you roll on strategic, hope for the Infiltrator one. Now, if you don’t get that, you can always try Deepstriking. If you try to Deep Strike, remember the trick with Tetras and homing beacons in order to get the best of him and make sure your expensive model doesn’t land squarely on a Land Raider and dies. If you do not remember this trick, Outflank some Tetras and you do not scatter. The weapons may seem off because one is a vehicle killer, while the other is a Infantry killer, but there is a certain trick I learned to pull of. If the vehicle is near infantry(They always tend to be) you place the small end just on the vehicle, making it your target, while catching the other guys. Is it cheesy? Yeah!! Will your opponent call Bullshit? Of-course, but it is legal, just make sure to top off the salt when you haywire his Imperial Knight to death. The thing is about this Flying Riptide is that is isn’t meant to get into the thick of it. It is a skirmisher first and foremost, don’t throw it into the middle of your opponent’s army. It will die. Throw it to the side or units that are out in the middle of nowhere. Two of these, each pinching the side of the opponent’s army can make for a brutal tactic if you rush other stronger units near it. These guys’ pair well with Storm Surges because they can keep up and still fire their weapons. Sadly, as of yet there are not formations for these guys. But keep up hope. The new ForgeWorld book will do it I hope.

So, yeah, a pretty straightforward unit that I personally love. It requires some explaining to opponents unfamiliar with it, but it is pretty good, Try it out. Remember to comment below and Frontline Gaming sells Games Workshop product at up to 25% off, every day.

Posted on October 22, 2016 by HotSauceMan in 40K, Editorial, Tactics, Uncategorized