Heyo everyone, this is Hotsauceman her to talk about the premier Markerlight unit for the Tau, The venerated Tetra Scout Speeder. For more tips and tricks, check out Tactics Corner for more fun stuff.

Tetras have always been a favorite of Tau players. In all their iterations they have only done one thing, shoot Markerlights. They have always been cheap and come with a whole host of tricks to use with them, despite being simple and straight forward. 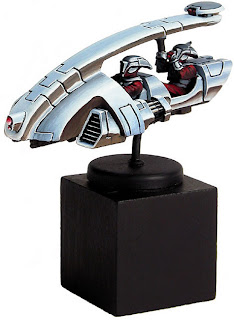 Funnily enough, in the fluff they are actually transports for Pathfinder teams. They ride their tiny speeders to the area, hide them, and go do what they do best, and that is shoot people with more Markerlights. Or blow stuff up. They then get back on their tiny little speeder and zip away. They are also meant to be used as lookouts for seeker missiles to find their target.

Tetras are mainly good because they are one of the only mobile ways Tau have of getting Markerlights up the field. All of our other Markerlights are actually very immobile. Even Marker Drones are slow. While Markerdrones can do jetpack moves, they are still infantry. Not to mention they are more about quality rather than quantity. They may be expensive compared to Pathfinders, but their shots hit home more often.

Ok, so the Tetra is very weak defensively. It can die easily to Boltgun fire. That is why in my opinion you should keep them really cheap. One itself is a little below 40pts. So I recommend not upgrading them at all. My philosophy at army list construction is hyper-efficiency. A unit must excel at one or two things very well, rather than several things not very well. So keep the Tetras cheap. A Disruption Pod is half of its cost, making it cost 50% more. And while a 3+ jink is nice, you are not firing your Markerlights and therefore ignoring the reason you bought these units. All the other wargear you can take are fairly useless. While some might seem good, like the ability to Overwatch, or Move through cover, they are actually useless on most tournament boards, with you being able to clear most obstacles. 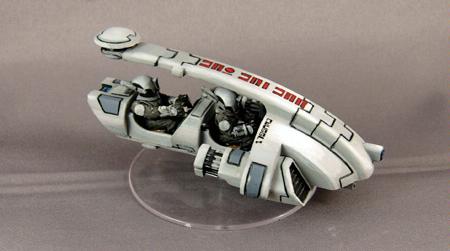 Now, onto how to play these units. I usually bring 2 squads of two as to better make use of their Markerlights. This way I can typically shoot two units with a high amount of Markerlight tokens. Typically a choose not to start them on the board, the reason for this being that getting alpha-striked can be pretty devastating for Tau, you crumble their support units, you can crumble their whole army. So I typically put them into reserve. While yes this runs the risk of them not coming in, with two units you have a good chance of both coming it. I then pair them with Deepstriking Crisis-Suits in order to have pretty good chance of not scattering. This actually works pretty well when they are outflanking. I love getting super accurate Deepstriking. The reason for this is that when they come down, they not only don’t scatter, but they have a support unit right near them. So your Crisis suits can do some real work.

Now, as of writing, Tetras cannot be taken in any formation. I’m personally hoping the new Imperial Armour book will make formations for them, or allow them to be plugged into formations. But that is just conjecture. The problem with tetras is that formations are the bread and butter of Tau currently. So you need to take a CAD in order for you to take them. Which means you need to take some of the Tau’s not-so-great troop choices, and a HQ that isn’t super expensive. But you can then take some of the really good FW units.

Tetras I think I can have fun unit and can be competitive. The problem is trying to fit them into your list when you are using the Tau’s really good formations. They really are a unit you can just put into an army and have them work very well in my opinion. Remember to share your comments down below, and remember Frontline Gaming sells Games Workshop product at up to 25% off, every day.

Posted on September 29, 2016 by HotSauceMan in 40K, Editorial, Tactics

← Why Do Deathstars Work?
The Ninth Realm Ep.10 – Battle Banter (Our Top Units) →