A guest editorial from Andrew Kocher on the importance of not getting mired down in negativity and learning to enjoy the experience of Warhammer 40,000.

In recent years I have noticed a trend among 40k players which I think is to hobby’s detriment. As a gamer and lover of the hobby it is my duty to step forward and bring this problem to light in the hope that we as a community can curb it before the damage is irreparable. I’m speaking of the negativity that is being voiced in droves and spreading like nurgle’s rot from player to player and forum to forum. The internet is an easy and anonymous place for each of us to voice our frustrations but it’s on each of us as individuals to do our best to lift up our hobby rather than waste precious breath on further tearing it down.

I’m sure we all can remember a time when some aspect of the hobby was changed either through the release of new editions, models or supplements that we felt did nothing but harm the game and sometimes us personally.  For me it was the change from the third edition Chaos Space Marines codex to 4th.  I’m sure we can all agree 3rd edition was the golden age of Chaos. I was a Thousand Sons player (and still am) and never since have I been able to wield the psychic might of those bygone days.

But I’m not here to climb the soap box of doom and spew vileness. There was a time when that was the case; every conversation about 40k was eventually dragged around to the topic of Chaos and how bad my experience had become. To the point where friends and fellow gamers had heard the arguments so often that they would groan or roll their eyes and try to change the subject. Not only was I hurting my own enjoyment of the hobby I was hurting theirs as well. I was that guy.  But after spending some time as a game designer myself, I came to the realization that no designer ever makes a change to a game that they don’t feel is beneficial in the long run. Once I had that epiphany I stopped preaching about the past and lamenting what I had lost and started examining what I had. I realized that I had a great game and a great hobby. I had friends to share those things with, and some really great memories. 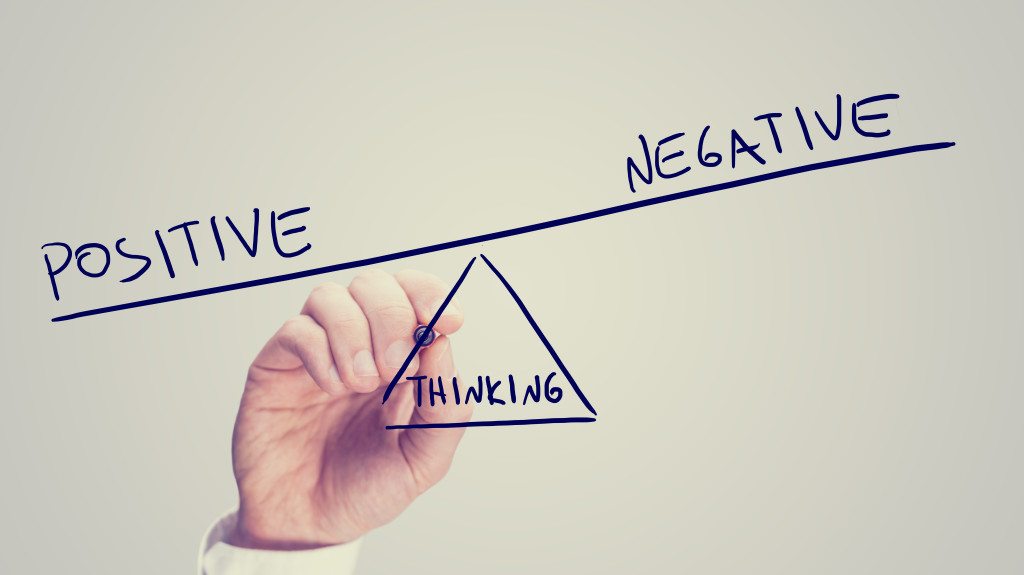 I no longer play the game out of misguided obligation, I play because I love it. I truly enjoy the hobby again. It’s as if the blinds have been drawn back and light allowed to flood into the room. 40k is in a golden age the likes of which we have never seen before. You can truly field any kind of army and have a good time. We have rules and ways of playing the game that never existed before and communities like the ITC to organize players and promote the hobby. It’s a great game and deserves to be treated as such.

I try and stay positive about most aspects of the hobby, but it is fun to have a good old moan about certain things at times in the company of fellow gamers.

It’s why reading a bad movie or games review can be fun at times. I agree though, a lot of the times certain forums can just be filled with negativity, making you think that no one enjoys the game at all.

It’s the same phenomenon as reading reviews for products. Is the person who had a pretty good time or was fairly satisfied going to leave a review? No, it’s going to be the people who are pissed off and want to write a crabby review somewhere. People are much more likely to voice their negative opinions online than the positive ones.

According to some studies I’ve seen cited, it’s something like 4 times as common to leave negative feedback or talk about a negative experience than a positive one. If you’ve got 4 people complaining, one raving, and 20 just playing the Game, it’s probably actually about average.

A classic thing with the Internet is that people think that what we see on the net is representative for most players. A classic example is that people think that tournament games are the main source of income for GW which they are not. Nor are they the majority of players. I think it the same with negativity. The vast majority isn’t complaining on the net but are instead playing games having fun. It is very easy to mistake a vocal minority as a representative for the majority.

The hobby definitely needs more positive thinking. I look with some envy over at WarmaHordes guys saying “You’ll get your ass kicked in your first 50 games!” as a positive thing! There are a lot of things to whine about in 40k, death stars, invisibility, free transports, whatever, but the #1 thing for fun is having good opponents, meet new geeky friends and roll some dice.

In the immortal words of Lemmy: “You win some, lose some, it’s all the same to me,
The pleasure is to play, makes no difference what you say,”

Just because a designer has a vision of a game that he thinks is for the good for the game, doesn’t mean that it will line up with your vision of the game. A classic example is Jervis Johnson and Age of Sigmar. He had a vision of a game without points or army comp or balance. He felt like those things were counter-productive to enjoying the game, and encouraged players to play the game in the “Wrong” way. His vision was a very limited one that disenfranchised many gamers, and we’ve seen a reversal of course with the General’s Handbook that caters to people like you and I that were left out in the cold by the design decisions at the core of Age of Sigmar.

I think our focus should always be on building a fun and inclusive gaming environment. I think it is completely wrong-headed to go about that with a vision of designers as Gods and their designs as perfect creations that cannot be changed.

Taking a logical, and reasonable approach to rules in an effort to improve the fun of a game for everyone is a must. Sometimes that involves some negativity. “I don’t like the dogfight phase. It isn’t fun. It isn’t fair, and it slows the game down.” It is only by admitting that a problem exists that you can solve it. As long as you focus your energy on constructive criticism that improves the gaming experience, I think you are perfectly in the right to approach the rules critically.

You’ll end up with much more positivity in the long run if you remember to keep your brain on, and work towards making a game that you want to play. Be a cheerleader for the game, but don’t settle for a game that should be more fun. Stand up and make it better, and support others who have those same goals.

Very much so. I’m so very tired of the “you should take what GW serves and like it” preaching these days. People act like we aren’t paying customers who can expect a statisfying product. And no “you need to learn to be statisfied with what you have” isn’t a valid answer to that outside of easter philosophy that doesn’t sell expensive models.

This post was short, sweet, and right to the point. I haven’t been in the game as long as some people. I first started with 5th Edition, and I’ve heard a lot of people online and in-person argue that it was the last halfway decent edition of 40k. Out of all the editions I’ve played, 7th is my personal favorite, and I thought I was in a minority for a while. It’s not perfect by any means, but the variety of options that come with it are awesome to me. The downside is that it can get very confusing, but I do love the possibilities for lists, whether they be fluffy, competitive, both, or anywhere in between. It wasn’t until I found Frontline Gaming that I discovered many more people who love 7th, and see the same things I see in it. I’ve now come to the conclusion that while constructive criticism can be important for improving the game, rampant negativity about everything that GW does is toxic. You wouldn’t believe the number of people I’ve encountered online who act like Kevin Roundtree is no different than Kirby and refuse to acknowledge any of the positive changes that have been made recently.

I’ve always made an active effort to give credit where credit is due, and not always assume everything GW does is negative. I don’t form an opinion until I’ve actually seen how it works on the table. I understand that different people have different editions that are their favorite, and there’s nothing wrong with that. What I have a problem with is the mindset that “any changes made to the game are terrible by default, and therefore, people who enjoy them should be looked down upon.” We need more positivity in this hobby in general, and while it’s okay to dislike certain aspects of the hobby, the important thing is to focus on the parts that you enjoy rather than the parts you don’t.

Great post, by the way. Positivity is important for the hobby and other parts of life. Life is too short to waste time being negative.