You are here: Home › Age of Sigmar › Tactics › Sylvaneth Overview

The release of the Sylvaneth Battletome marks the first Battletome with the additions of the General’s Handbook in mind.  Along with new fluff and amazing art we received a plethora of new goodies. Be sure to check the Tactics Corner for more great articles!

In this overview I’ll be going over the Allegiance abilities, Deepwood Spell Lore, Artefacts of the Glade, and Arcane Treasures: Sylvaneth. 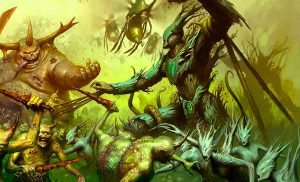 If every model in your army contains the keyword “Sylvaneth” your army can be considered to have the Sylvaneth Allegiance.  Having that allegiance gives you a ton of new options for your army including new battle traits, command traits, and powerful artefacts. 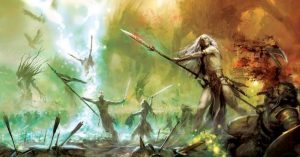 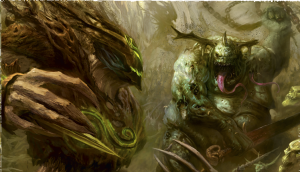 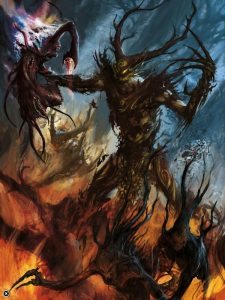 ARTIFACTS OF THE GLADE 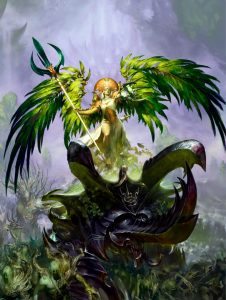 Instead of taking an Artefact of the Glade a Sylvaneth Wizard can take one of these treasures.

The Sylvaneth have had the theme of synergy since they became their own little family apart from the elves.  This battletome has cemented that fact and given the Sylvaneth even more power to stand on their own two branches.  It will be interesting to see how the other factions pan out when they get their battletomes, but until that point breath in the power that is the Sylvaneth Battletome! 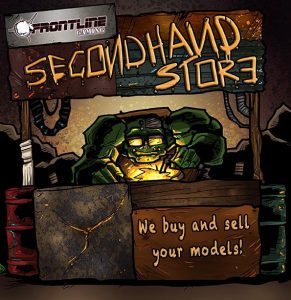 Good write up, really looking forward to seeing what other battletomes get with this new set up.

Just a reminder though that Alarielle and Drycha can’t take any artefacts as they’re named characters.

Thanks! I agree, I can’t wait to see what others like the flesh eaters will get.

Yea I mention the artifact thing in my Alerielle write up coming up pretty soon. It makes sense for the big ones like the Everqueen and Archaon.

This is a major breakthrough and fantastically designed battle-tome. The customisation is awesome and I can’t wait to see future battletomes.

We are working on them, now! Just need more AoS writers on the team, honestly. Know of anyone qualified and interested?