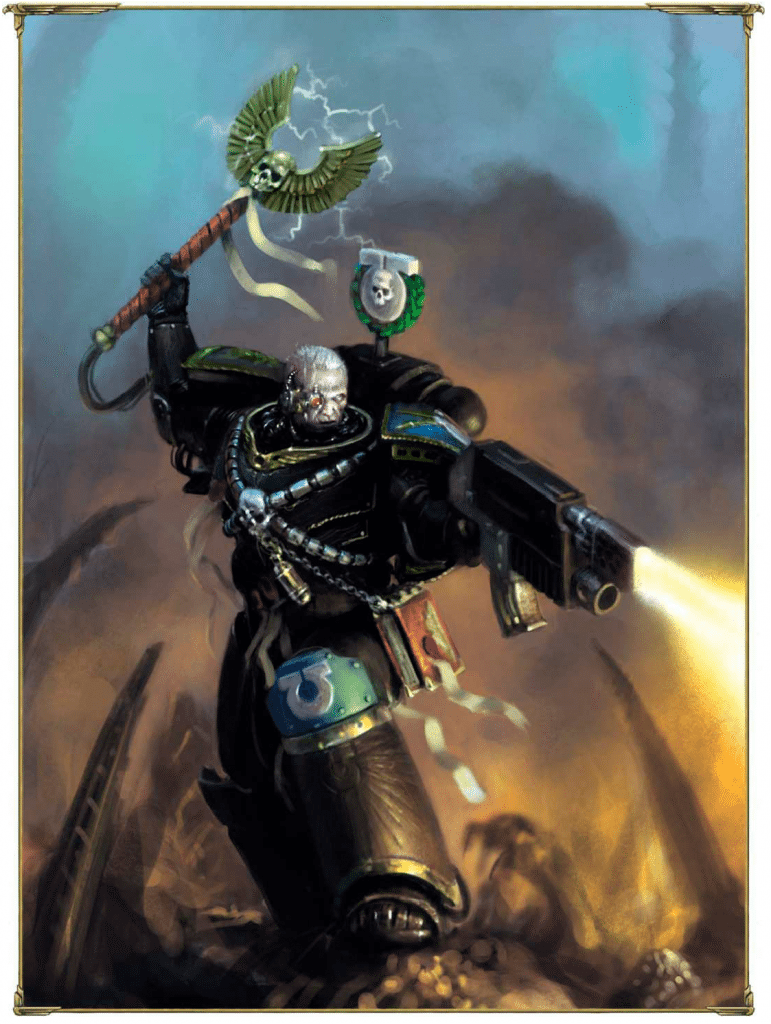 Today we continue our Ultramarines HQ review with someone you most certainly will not see this weekend at the BAO. Ol’ Grizzly himself, Chaplain Cassius.

Chaplain Cassius is the founder of the Tyrannic War Veterans, and hates all things Tyranid. He is an iconic throwback to both the Ultramarines chapter, and their ancient rivalry with the Tyranids. For more great articles visit the Tactics Corner!

Chaplain Cassius is 130 points, toughness 6 and comes with the standard chaplain wargear. As far as chaplains go he is a bit underwhelming and outshined by his cheaper brethren armed with Hunter’s eyes and riding bikes. He still has a niche though, maybe not in competitive games but in fluff based narrative games where his low points cost and durability can actually prove a challenge to kill. 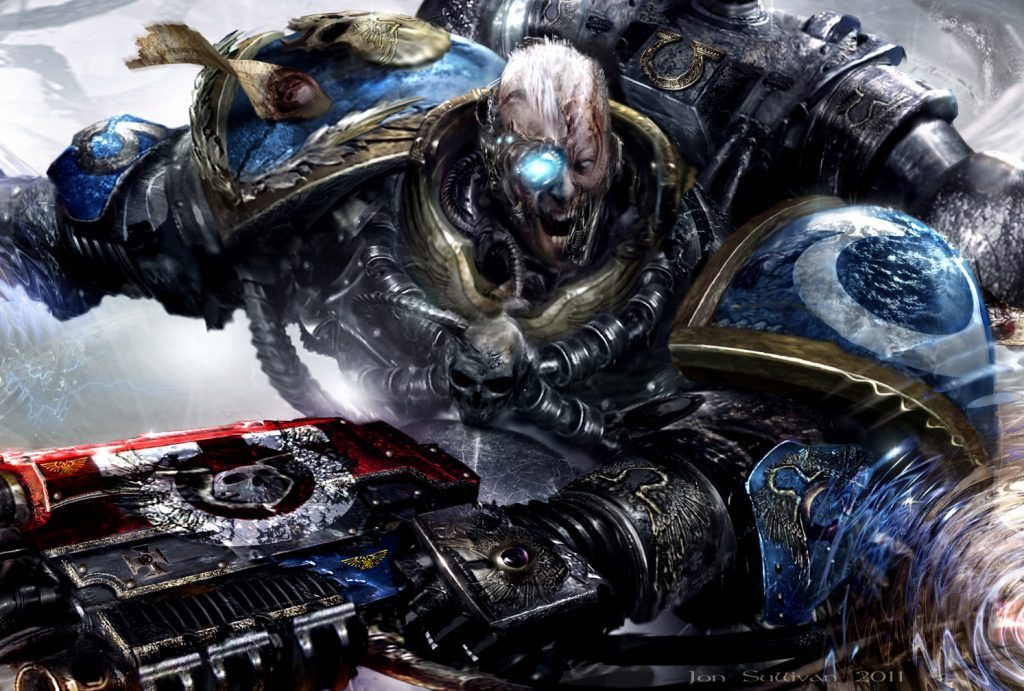 Cassius is not much of a mystery, really. Chaplains are used primarily to buff an assault unit, giving them Hatred (rerolls in the first round of a combat) and Fearless. He himself hits not that hard. A Power Maul is great against certain targets (light infantry and most tanks), but against a lot of the common targets you will be fighting (MEQ and TEQs) it is really only useful for forcing saves. Don’t get me wrong going up to strength 6 and Concussive are good, but with base 2 attacks at initiative 4, it’s nothing to get too excited about. Cassius’ bolter is neat, it is a little counter-intuitive with the normal style of a space marine chaplain because you can not rapid fire and then assault, however the combi-flamer in overwatch is great and I prefer to use Cassius defensively.

Cassius is fearless, and on foot. So naturally you want him either in a drop pod, or in a backline unit. Good candidates for this are Sternguard squads, vanguard veteran squads, and thundefire cannons. As a matter of fact, there is nothing more disheartening then a unit of thunderfire cannons running off the board because some outflanking scout squad looked at them the wrong way with a bolt pistol. He also can ,in a pinch, eat a challenge if the thunderfire cannon unit gets charged, and can give each techmarine rerolls on all their powerfist attacks (They have 3 each!)

That is pretty much it, he doesn’t offer a whole lot more to an army that any other chaplain can not already do so you should pretty much just stick to using him in challenges where he can get beat up by heavier hitting close combat monsters, or narrative games. When you want to make your opponent’s competitive Tyranid army cry with a sub par unit from a better codex.

QOTD: What do you think Chaplain Cassius needs to be brought into 40k relevancy? I personally think making him cheaper, and giving him an extra wound and eternal warrior is the way to go. I mean come on! Tigurius has more wounds than him!

Have you guys seen the new buy 2 get 1 free special on our newest ITC building? It’s pretty cool!

Are chappies ever really used these days? Like ive used the Interagator chaplin because of greater options and able to be used instead of sammy for dark angels. But outside of dark angels and the battle company i dont see a use for them

I see people take them as cheap battle company HQs, but that’s about it. Sadly that’s about all they seem to be good for.

The problem is, in part, that there aren’t really any Assault Units that are suitable for them to buff. They’re all chaff Units that still aren’t going to be good with Zealot, stuff where a Ministorum Priest from AM is more suitable, or DeathStars that get the job done just fine without it and/or have other sources of re-rolls.

A minor note, Zealot gives the same benefits as Fearless and Hatred, but does not actually confer those special rules. So you could theoretically double up on the Hatred and laugh at anything that would remove/modify Fearless.

Doubling up on Hatred wouldn’t actually do anything, tho, since Re-rolls don’t stack.

Ah, I think I was thinking of a different rule.

His Warlord Trait is actually even worse. It makes Units locked with him roll Fear Tests on 3d6, not Morale Tests.

I feel like he should really have both an extra Wound and an extra Attack over a regular Chaplain. Maybe also some kind of Aura buff, like his Preferred Enemy: Tyranids also applies to all Friendly Ultramarines Units within 6″ or something.

chuck him with lysander and a chapter master in a pod and giggle at the mini death star with average toughness six:)

Cassius suffers from the same problem a lot of marine characters do: most 40k armies don’t have much use for a guy on foot who punches things. If he was more of a force multiplier, he might see play (like if he gave nearby units zealot, or whatever).

Making him relevant I think would mostly just be a matter of: a) making him a utility guy instead of a mediocre puncher, b) allowing him and characters like him to take a jump pack or bike, or c) changing the core rules to make infantry less sluggish and de-emphasize fast moving swarms of jetbikers or giant death robots as the core the game revolves around.

Til then, he can hang out with Kharne, Lucius, Sicarius, and all the other guys who were designed for earlier editions when footslogging assault troops weren’t terrible.

Crozius beat sticks should be ap-2 or Ap-3, not ap-4. Ap-3 would have been just fine. Agree with the preferred enemy tyranids. Function similar to dear ol’ Pedro.