Coming on April 9th, Guardian Games is hosting the 4th Annihilation tournament – Annihilation 4 This Time Its Personal. I had a blast at the first two tournaments, but was unable to attend the third. I personally don’t care for how Maelstrom works out of the rulebook, but this is a modified maelstrom event that has become my favorite version to date of this format. First, the rules for the tournament with a TL:DR at the bottom so stay and read to get the full deal or scroll for the short form.

This is a three-round single day tournament that encourages fun and camaraderie. It plays with a version of modified maelstrom (described below). It is, however, an ITC event and will award ITC standing points, and other than the mission style uses all the applicable ITC rules and FAQ.

This tournament takes “beer and pretzels” seriously – it is a potluck. Every player is required to bring food to share with the group. This is a requirement, just like buying a ticket. No food, no play. Guardian Games has been nice enough to let us continue the potluck tradition, but food only, no drink. All drinks (including alcohol) must be purchased from the store.  Because alcohol is available, this event is limited to players 21+ only. With 30+ players, each bringing 30+ food dishes, we should have quite the feast.

Per ITC Rules. Currently, that would mean 1850 pts, all current books and legal armies allowed. Max of 3 detachments. Forge world is allowed. Modified ranged D as per ITC rules.

Each player must bring a deck of 28 tactical objective cards. Since the basic deck contains 36 cards, this will mean players will customize the deck they bring. Decks must be built from the same source, ie you can use the main deck, or a race specific deck, but you cannot mix or combine.

Cards that award d3 victory points award 2. If a card were to award more than 4+ points, it awards 3.

This tournament uses a modified version of Maelstrom that has worked well for us in the past. It helps to think of it like a tennis match, ie. game-set-match. 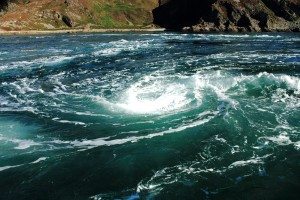 EXAMPLE: Susan achieves all three of her Maelstrom cards in turn 1, yielding her 3 Maelstrom points. Bob achieves only one his cards, but it’s a card that awards d3 maelstrom points. The tournament rules say d3 cards award a flat 2. So Susan wins GAME TURN 1, and is credited with 2 set points for her win.

You build a deck of 28 cards from the maelstrom deck. Each turn you draw three cards and score at the bottom of the player turn. The player with the most points wins the turn and scores 2 points. Ties score each player 1 point. The first to 7 points wins. This keeps runaway rounds from skewing the game too much. 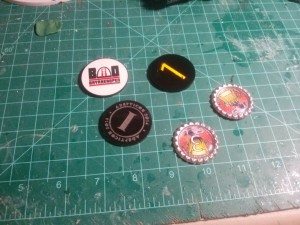 I love the concept of the Maelstrom missions. The idea of scoring as you go with different objectives each turn is great. The problem with it as many has seen is that when you add a hugely random element to a random game you get crazy randomness.

I’ve played games of Maelstrom where my opponent (Dr. Insanatron) scored 9 points the first turn. The game was over even before it began. Its things like this and the missions that can completely take the fun out of the game. The mission where you draw six cards and then draw fewer cards each turn can be devastating when you draw six cards you have little or no chance of completing and you can only discard one card a turn.

Official Maelstrom of the Frontline Universe?

I’d really like to push this as the official Maelstrom version of Frontline. So many people actually like the Maelstrom format and just let the super randomness slide off of their back. This really tightens the structure overall and makes it much more fair and enjoyable.

If you are interested in the Annihilation 4 tournament check it out here! What do you think about this version of Maelstrom? Try it out and post it below!