Comms Center ITS 2016 Mission Break Down

You are here: Home › Infinity › Comms Center ITS 2016 Mission Break Down 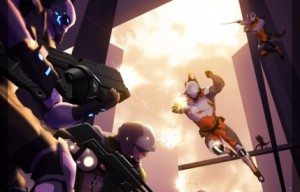 Comms Center is brand new mission for ITS 2016 and turns a lot of list building conventions on their head.  For more articles like this, head on over to the Tactics Corner. 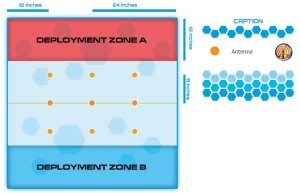 The best defense is a good offense, and a good offense means killing specialists. In the past most ITS missions could actually be played without needing to interact with your opponent, you simply had to be more efficient with your orders and do a better job at what the missions was asking of you. This mission is similar in that it will see you setting up with the typical 12” deployment zones and interacting with nine (9!) antennas in a grid pattern between the two zones. However, in an odd pairing, you need to kill specialists in addition to passing WIP checks forcing you to not only play the mission but your opponent as well. Remember – if they are either dead, null, or not deployed they count as “killed” at the end of the game.

Have MORE connected antennas at the end of the game – 4pts

Kill More than your opponent – 1pt

Right off the bat we can see the best way to score points is by connecting more antennas. Even if your opponent kills more specialists but you connect more antennas you still win. So if the decision is to kill or connect, you choose connect. If you can connect more and score your Classified it doesn’t matter how many of your specialists they kill- you still win… provided you do kill more overall.

Killing specialist is an amusing twist on the generally specialist heavy requirements imposed by other ITS missions. Killing more than your opponent will make up close to a third of your total points possible so you can’t focus only on the antennas. All you have to do is kill more, it doesn’t matter if it’s one or a dozen.  Killing more + your Classified will be enough to net you the win if you can keep them from getting their Classified – which is admittedly easier said than done.

Finally, we can see that scoring your Classified Objective is going to be worth nearly 30% of the maximum points scored, and could be the only points you score if you fail to tie, so you absolutely need to be prepared to achieve it to seal the win.

So putting this together you can see that Comms Center isn’t as far off from center as first glance might suggest: Bring lots of specialists, connect antennas, get your Classified, kill enemy specialists. Going first or second is really going to be up to what your game plan is- but in general going second will be the safer bet. If you aren’t able to do that, try to set up strong ARO/ counter attack positions.

These are my thoughts, what do you think? Comment below and let’s get the discussion going on how to make the most of this mission. Also don’t forget that Frontline Gaming sells Infinity products at up to 25% daily!

One Response to “Comms Center ITS 2016 Mission Break Down”