Decapitation ITS 2016 Mission Break Down

You are here: Home › Infinity › Decapitation ITS 2016 Mission Break Down 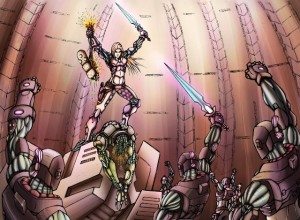 Who wants to push buttons or shuffle beacons around when you could be killing stuff instead?! Today we dive into the new ITS mission Decapitation.

It’s time to cut the head off the snake, hunt down the enemy Lt. and kill them! As the name implies this missions revolves around killing, lucky three special rules are in play:

Reinforced Tactical Link – Loss of Lieutenant does not apply, and your Lt. is public information.

No Quarter– Retreat! Rules are not in effect

Killing– A model is considered killed when they are in a null state, or not on the board, at the end of the game.

Because this mission is all about putting warheads on foreheads, there are no objectives that need placing (Making this a mission of choice for terrain strapped TOs!). Deployment zones are configured as normal except they are 16” deep instead of the usual 12”. As usual this mission is only 3 rounds long so get to work!

Up front the most interesting thing you will note is that for a mission all about killing, your classified objectives are worth 40% of your max possible score. Oddly enough getting both of these are worth more than any other single task in the mission.

However there are still a lot of points to be gained for those who choose the way of the gun- but they have to commit to it. Because you can only kill one Lt. per turn the most you will ever get is 3, and based off some early play tests gett 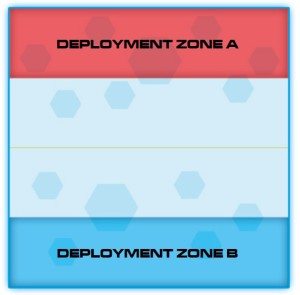 ing all 3 will be difficult. (Protecting Lt’s and running low on order by the end of the game both come into play) So then it falls to whomever can kill the most…

But here’s the kicker. If you tie on Lt’s, AND kill more points, you can still be edged out if the other person scores both their classifieds and you don’t (They get points for a tie too!).  So getting your classifieds done NEEDS to be a part of your game plan. This means you are going to need specialists, and considering the carnage going on you probably want to bring a couple of each type.

It will be highly unusual for players to kill the exact number of points, so don’t ever expect to score this one.

Once again Infinity provides a surprisingly nuanced mission where it could have gotten away with a simple hack and slash. Sure you can try killing everything on the board to carry the game for you, but a mix of hunter/killers and specialists for classifieds will net many more points overall. So bring your specialists, have a plan on who your second Lt. will be, and focus on playing the mission smart- not blood thirsty. Have you played this mission? Tell us your thoughts below in the comments!

As always don’t forget that frontline sell Infinity products at up to 25% off every day!

← I Can Age of Sigmar and So Are You!
40k List-Tech: A viable competitive Ravenguard List? →

One Response to “Decapitation ITS 2016 Mission Break Down”