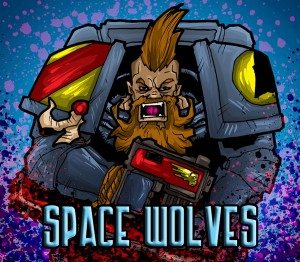 Hoooooowll! Hey everyone, Reecius here from Frontline Gaming to talk Wolves with you! This time, we’re taking a look at the Firehowlers. Check the Tactics Corner for more great tactics articles!

The Firehowlers are Sven Bloodhowls berserker warriors, crazed maniacs hell bent on getting into combat as swiftly as possible. They go to battle on bikes and equipped with Jump Packs in order to get to grips with their foes. Their Detachment special rules reflect these ferocious warriors quite well. 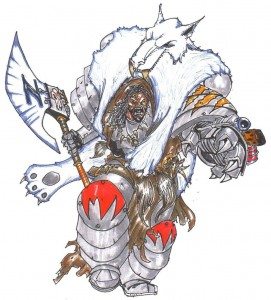 The Firehowlers are an assault oriented formation, and all members within it apart from the Grey Hunters, must be on a Bike or wear a Jump Pack. They are also one of the core formation choices for the Wolf Claw Strike Force “Decurion” style detachments for the Space Wolves. While their special benefits are quite good, any assault army based on an MEQ stat-line is going to be playing the game on hard mode. However, this formation does have a ton of character and can win games, even against tough opponents, if played well.

Right out the gates I will say that I don’t think this is the most powerful formation available to the Space Wolves by any stretch of the imagination, but, it is not bad, either. It provides a very characterful, fun way to play Space Wolves that is true to their fluff, which is always a plus. However, as stated, a melee army based on an MEQ stat-line is asking for a tough battle as so many things in the game will just walk right through them in combat, or can shrug off their offensive output with disdain. So long as you accept that you’re going to need to play this army more as a horde/MSU style army than a team of bad ass Space Vikings, you will be setting your expectations accordingly.

As this formation is relatively cheap, I would consider going with two as they really benefit from the Wolf Claw Strike Force command benefits of Counter Charge and gaining Fear and Furious Charge. Now, you certainly don’t need to do that, but Fear and Furious Charge stock on a melee army is obviously quite good. My preference would be to go with Skyclaws as at 15pts per model, they give you a LOT. Rage, potentially Fursious Charge, Jump Infantry speed, rerolls to charge, Counter Attack and Counter Charge for a measly 75pts on the unit is quite the bargain. Plus, you can slap a Power Weapon or Fist into the unit without having to take a Sarge, which is a nice bonus as he can’t be challenged out of the way. A Power Axe is a great choice and takes the unit up to only 90pts. You can go with a few Flamers, too, to really give them a multi-functional roll, or just keep them cheap. Run them MSU style and go hunting enemy scoring units, tanks, and pretty much any enemy non-dedicated melee units. You throw a few units of them onto am MC or even GMC and you will bring it down with massed hidden power weapons. They may die in the process, but what better way for a Space Wolf to meet his end?! 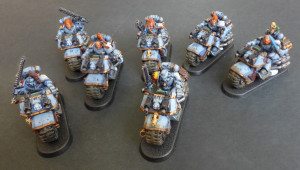 Swiftclaws for me, simply aren’t that appealing. The BS3, susceptibility to Dangerous Terrain and lack of an extra melee weapon do not justify they 33% increase in cost over Skyclaws as I see it. Bikers are shooting units first, melee units second in most cases, and these guys aren’t good enough at either task to make it worthwhile for me. If I wanted to go Space Wolf Bikers, I’d stick with Wolf Guard, personally.

Speaking of which, the Wolf Guard can run well in either configuration. I would lean towards Bikers, personally, as these versatile models can perform a wide variety of rolls. You can configure them for shooting with combi weapons, or go melee and get solid results out of them. This is a great unit to slap your Wolf Lord and/or Battle Leader into as they want to be on Bikes for the toughness bonus and ability to Jink. While not able to go toe to toe with a Deathstar, this will be your hammer unit in most cases and will shred most units you face in melee. 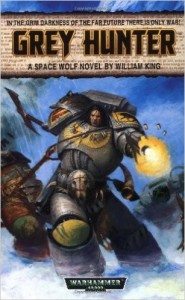 The Grey Hunters or Land Speeders is an interesting choice. Land Speeder Typhoons are still quite good, and can help pop open transports. However, in this formation I would go with Grey Hunters in Drop Pods to potentially pop open transports as the Speeders would but to also provide additional melee threats and benefit from Counter-Charge. Plus, putting a Wolf Standard in the middle of the Firehowlers formation will really yield some great results.

I’d pass on the other units in this formation, personally, but they certainly are not bad. They just don’t mesh as well, however I could see Deep Striking Lone Wolves or Outflanking Wolf Scouts coming in turn two and taking advantage of Counter Charge to join the battle as being very fun if you can get it to work.

A great Auxiliary formation to round out the Strike Force and compliment the Firehowlers would be the Wulfen Murderpack! Their buffing auras are great for getting the most out of your MSU Skyclaws and Wolf Guard bikers! Bonus attacks, extra movement, etc. will yield quite a benefit in this style army. The only real challenge is how to deliver the Wulfen as Drop Pods would be perfect but are hard to come by without allying some in. However, ye old trusty Flesh Tearers are always happy to loan out some Drop Pods from the motor pool and toss in a Priest, to boot!

In all, this is a formation that may lack pure power, but run intelligently and with layers of force multiplication, it can and will really surprise people.

How do you rate the Firehowlers formation? And remember, Frontline Gaming sells Games Workshop product at up to 25% off retail, every day!