The new Space Wolf “Decurion” style detachment is out and it is pretty awesome! Capturing the ferocity and unique style of warfare that defines the Space Wolves, the Wolf Claw Strike Force allows the Space Wolf player a wide variety of powerful and characterful play styles.

Boasting an impressive seven core choices, each styled after the charismatic Wolf Lord that leads it, the Wolf Claw Strike Force provides more options for play-styles than other Decurion choices which is really cool! One of the things that holds some Decurion style detachments back is the poor core choice(s) they have, such as KDK. Not the case with Space Wolves, they are spoiled for choices. 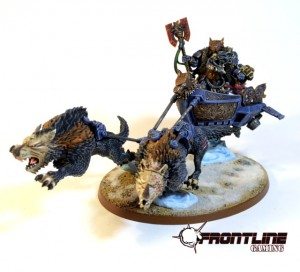 The Wolf Claw Strike force is all about capturing the spirit of the Space Wolves. It gives you a plethora of choices and then amps up the volume of the more aggressive aspects of each choice to capture that legendary Space Wolf ferocity. You can build a wide variety of armies with these tools. They also updated some of the units in the Space Wolf codex to reflect new rules, such as units of Vindicators, Whirlwinds, Land Speeders and Predators gaining the same benefits as their Space Marine brothers when taken in units of 3, and an updated and more powerful profile for the Iron Priest. 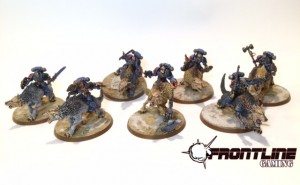 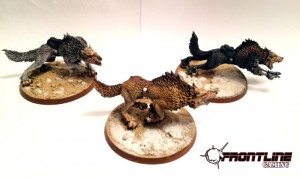 I must say, I am a HUGE fan of this detachment! Well done, GW. It highlights the benefits of the Decurion style detachments (characterful, effective ways to play a faction that remain true to their fluff) but avoids some of the weaknesses of the less popular Decurions (avoiding shoehorning them into a mono-build detachment, or being too points bloated). That is a big win in my mind and what I absolutely love though is the huge variety in core formations. They come in a wide array of flavors, which allow for some very creative game play. This means you could field two Wolf Claw Strike Forces that were totally different from one another. That to me, is awesome.

We’ll go into depth with each formation as we progress through this series, but as an overview: 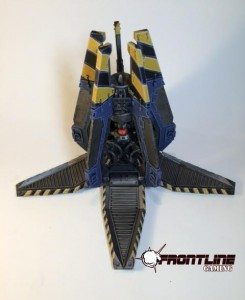 And that’s just the core choices! As you can see, there’s a million ways to play this new Space Wolf detachment, and they all look like a ton of fun, as well as being quite good. They provide a great deal of flexibility in most cases with the unit choices in the formations, such as being able to take Land Speeders instead of Grey Hunters, for example.

And, obviously, the introduction of an entirely new unit–The Wulfen–is quite exciting unto itself. They are a powerful melee unit that also buffs Space Wolf units nearby, sometimes giving them incredible benefits such as moving twice in the same turn! Space Wolves have some effective, characterful options available to them in this new offering from Games Workshop. While they do lose ObSec, the benefits in my mind, are well worth the price of admission. I give this detachment two big thumbs up and look forward to reviewing the component formations in greater depth as we go through this review.

And remember, you can always purchase GW product and pre-orders through Frontline Gaming at up to 25% off, every day!

What do you think of the new Space Wolf detachment?