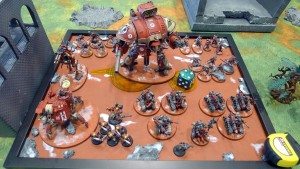 Whoooooo Nanny! What a ride it has been since the LVO. Already, crazy combos from the latest releases make other armies look pitiful in comparison. Oh well, let the combo-masters outthink each other and come up with the next Frankenzombie master blaster creation that will wreak face and storm the capitol! I’ll stick with my latest Frankenstein creation thank you.

I went from a very luck dependent and small army to a much larger army that relies on remembering. Yay! The War Convocation, for those that don’t know, is a formation found in White Dwarf #69 (69 DUDE!) and is comprised of three main factions. A Cult Mechanicus Battle Congregation, A Skitarii Battle Maniple (The Man Nipple!), and an Oathsworn Imperial Knight Detachment. When purchased as a formation you get to take all wargear and relics that are available for free! You also get to treat all of the units from the War Convo as having the Canticles of the Omnisiah, your Gets Hot weapons no longer have that rule, and you can re-roll on the Warlord Table in the Cult Mechanicus book if you have the Tech Priest Dominus as your warlord. Don’t forget you also get to keep the special rules from the other formations as well!

That is a pretty powerful aspect right there, not only do you save a ton of points, but you get to ally in your flavor of destruction to boot. Ben Cromwell is going with a second Knight, and InControl nabs drop pods to port the right tool to the right place, which is what I have chosen to do. Hrm. I guess I could ally in a Nemesis Strike Force and make a Kataphron Star…..what what in the butt!

Man, this army breaks my brain in how many rules it has! Each unit has their own named special gear that is close but not quite to other familiar items or so oddly named it really doesn’t matter. “What does the Cognis Manipulator do?” It should have just said It Will Not Die and Repair Power Fist thingy cause that is what it does. Also, the five characters in the core force can choose their own relic. Each formation has its own special rules and the formation does as well. It’s a mind bender that had me more in the rulebook than in the game my first time out. Just keep that in mind going into this formation.

One thing I have done is to create a cheat sheet for the army as I have it prepped. They are almost like Warmachine cards, but I think I’ll keep them on one sheet. Take a look. 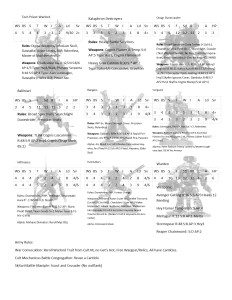 I have the picture of the model, stats, rules, and weapons all on one page. A lot easier for me to check. It was also a good exercise in learning their rules, weapons, and items.

One thing I have already learned is that timing is key for the War Convo. This army has a lot of things that impact each other in when done in time can greatly benefit you. For instance, since all of your units from the formation count as having the Canticles of the Omnisiah you can get some really cool buffs the more models you have on the table at the start of the turn. Since I will have some in reserves via drop pods, this can bring me down below 8 units. I first I bring in my reserves to get me above 8, then choose the Canticle I need. I could also use the wargear that allows me to reroll Mysterius Objectives to try to get the Skyfire Nexus and then bring in my Drop Pods. Remembering to do what rule when is very important to this army. You also have a lot of special rules to apply with Canticles and Doctrina that act like Psychic buffs. Knowing when to use these is important and will take some preplanning. I’m thinking of creating another cheat sheet that has a flow chart aspect to it for turn order items. Start of the turn, do this, assault, remember that. I’ll keep you posted.

One thing that I think will help me is to categorize my units into utilities. What they can do and do well. I am currently running three drop pods so that allows me to put units in there to impact my enemy to the max. So I have added wargear and relics to help with these. They kind of break down like this:

This is kind of where I am leaning with these units. Each one is kinda specialized and should be useful in many scenarios. Or at least I hope so. 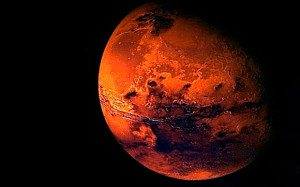 My first game was against the new Ork Decurion with lots of boyz and the Ghazgull council of pain. 2++ and fearless is no joke. He put some pressure on my line, but not enough and I podded to different back sides to split off his forces as even with large units, they didn’t have a ton of killing power with the lack of Nobs. I threw my Knight at Ghaz for giggles and did last two rounds, taking a lot of nobz and mad doc with me. The Ruststalkers podded in and then wrecked a boyz squad and the Iniftrators counter charged after my Kataphrons got tied up with a big unit of boyz. The Infiltrators did a lot of damage which was fun. We had to end early and it was a  tie. Good learning game.

So there you have an overview and some first impressions of the War Convocation. I like how much shooting it has as well as melee threats. It has been fun to put together and come up with a paint scheme and I am excited to see it come together.