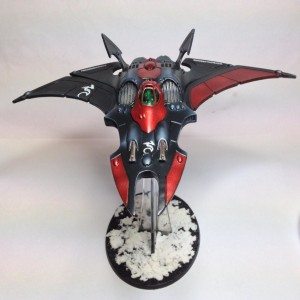 Hi all, Zyekian here to take a look at the great new and updated units the Corsair Codex has to offer.  The rules here can be found in the Imperial Armor 11: Doom of Mymeara book, version 2 from Forgeworld.  Part I of this review can be found here while the final segment (Fast Attack, Elite, and Heavy Support) will be up next.

And as always check out the Tactics Corner for more great content and ways to make your army hum!  And as always Frontline Gaming sells Games Workshop product at up to 25% off, every day.

Let’s start with an overview of what the Corsair wargear options are. 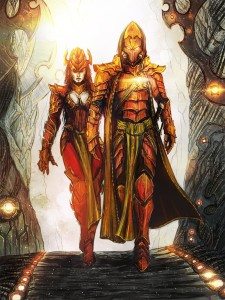 Corsair Prince (Grade: A-):  Part I of this series outlined the Prince’s paths and how they function in the Corsair force so we won’t repeat that here.  The Prince himself though can be run on foot, with a jet pack, or on a Cloud Dancer jetbike.  The bike of course gives him the most utility as well as T4 and a 3+ armor save.  Curiously the Price has S4, Phoenix Lord strength (for some reason), with the option of making that S5 AP3 rending with a Void Sabre.  Slap on a Shadowfield for a 2++ save (until it fails) and he’s ready to do some work against a range of opponents.  Let’s look at the impressive array of wargear and options here, starting with what the Prince gets stock:

A naked Prince for 75 points brings a fair bit of utility to the table but the options are where he really excels:

The Prince also has some mostly-useless options that are barely worth mentioning:

The prince has a an impressive array of options but there are two issues here.  One, the Prince isn’t a ranged threat as even his jetbike can’t mount a heavy weapon.  This means he’ll be using his point-intensive pistol upgrades (or cheap Brace) and then fading back with Reckless Abandon moves or going into assault.  Two, while all the pieces are here for the Prince to be an assault unit there’s a question of what unit will accompany him in that role.  Cloud Dancer jetbikes are second-line melee combatants at best, therefore Corsair players may want to look outside their codex to Harlequin Skyweavers, Dark Eldar Reaver jetbikes, or even Shining Spears as an escort for the Prince.  A Farseer with Fortune rerolling that 2++ also brings a modified Seerstar unit back into the meta.

Princes running jet packs can work with Malevolents, Reavers, or Balestrikers, possibly utilizing 1D6 deep strike to stab into a critical hole in enemy lines.  The unit will be focused on by the enemy however, so have a defensive strategy.  Pack a Baron in there for a shimmershield and possibly a second shadowfield and pray for no ones.  And those Malevolents excel at soaking small arms fire.

Overall the Prince is a capable, dynamic HQ with rules that push him toward playing aggressively – like a pirate. His Paths that we discussed in Part I are going to give him Combat Drugs, Rampage, relics, or Feel No Pain for even more potential.  He’s not going to be able to access dedicated transports, so plan on throwing everything he’s got at the enemy while he’s busy trying cope with your Lynx or Warp Hunter.

Void Dreamer (Grade: B+) – Undisciplined Eldar wild psykers with a penchant for disaster.  The Corsair Perils table is a catastrophe waiting to happen as it’s a constant threat to turn the caster into a Slaanesh Demon under the opponent’s control, immediately tearing his own unit to a pulp (the same risk applies to psychic Princes and Barons by the way). The Aethermancy discipline boasts a few impressive powers that can have a dramatic impact on the game though.  Warp Blink and Warp Tunnel can give *Corsair* units turn one no-scatter teleports with ensuing assaults while Webway Maze returns an enemy unit to ongoing reserve, a devastating outcome for an enemy Wraithknight or a death star wanting to assault.  Warp Blink may also target enemy units, removing them from their cover or off an objective, possibly into assault range.  It also allows for teleporting a friendly unit so it’s sort of two powers in one.  Half of of the Aethermancy discipline is warp charge 2-3 however, meaning perils is a real risk.

Void Dreamers begin at ML1 for just fifty points and can add levels for +20 up to a maximum ML3.  It’s probably worth grabbing a level or two to increase the chances of getting one of the better powers.  Dreamers have access to telekinesis and divination but must always take at least one Aethermancy power.  As far as wargear, they get an armorbane/fleshbane Witch Staff (the same stick Eldar Spiritseers carry) and the same stock equipment and options as a Prince, minus the jetbike option.  Corsair players may want to pause before gearing up a Void Dreamer because if it goes full-Slaanesh it’s going to use all that great stuff to stomp their own army.

Corsair Baron (Grade: B) – Just hirty points gets an HQ with and Exarch stat line and every wargear option the Prince has, including becoming a psyker.  Barons are not independent characters however and must be attached to a unit in their own Coterie.  Like the Prince, ranged options are few so this is another in-your-face pirate – either that or run him cheaply with a ranged unit.

Every list will include at least one Baron as a coterie leader and most lists will include two.  And as inexpensive as as they are, those points can add up to to be not-so-cheap before long.  It’s probably best to take the bait and gear them up a bit for at least second-line assault duty – or perhaps with a shadowfield to tank wounds for the unit.  Malevolents will appreciate a 5++ shimmershield emanating from the Baron to allow them a save even against more punishing firepower while Cloud Dancers and Balestrike Bands benefit from Divination sharpening their aim. 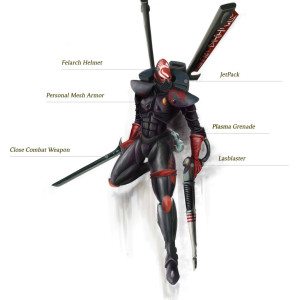 The majority of the time Reavers are going to be taking jet packs as the 4+ armor save and added mobility are just too much to pass up.  That puts them at 15 points though which isn’t cheap  The next step to make them really work is to take a pair of those special weapons skipping across the map or deep-striking.  Remember that they only scatter D6″ with the right coterie power and can then make Reckless Abandon and thrust moves to escape retribution.  All the pieces are here to play them as well, recklessly as you want, deep-striking or moving in close and then vanishing to deny the counter-strike.

Fusion guns are just +10 points each and give the unit serious punch.  The risk of using them at short range is mitigated by the Reckless Abandon ability which allows the unit to immediately make a 6″+D6″ move and then also the assault phase thrust move.  It’s the safest 6″ melta attack you’ll ever make.  And remember to have a model throw a defensive grenade for the sucker-punch blinding check.

Blasters are a fair option for mid-range lance attacks.  Daring players may run Reavers with shuriken catapults and perhaps flamers or even shredders, again firing and retreating to safety before the opponent can react.  And while it’s not cheap, running five or more models each with haywire grenades is a serious threat to any vehicle in the game.  A unit of five with no jet packs leaping out of a Venom is something Imperial Knights don’t want to see.  In all, Reavers are a highly customizable unit that can fulfill a variety of needs in a list.  Their biggest drawback is that they’re not Cloud Dancers but the hit-and-skip melta and a few other features allows them to distinguish themselves somewhat.

Base cost the same as a Ranger and for +1 point per model they can get a longrifle.  For free they can swap their lasblaster out for a Brace of Pistols and CCW in case you’re looking for a sneaky light combatant with solid short-ranged shooting.  Like Reavers, Ghostwalkers can also have one guy pick up a flamer, fusion gun, shredder, or blaster and the whole unit can get haywire grenades for 25 points.  Jet packs can be taken because um…  Space Elf Pirate Jet Pack Snipers?

Ghostwalkers will fulfill the role Rangers play in the Craftworld codex admirably and with options to mix up the unit’s capabilities a bit.  It’s probably best to keep them cheap and jet pack-less however, as their cost spirals out of control quickly with whistles and bells.  Lastly it’s important to note that they have no Felarch (sergeant) option and are therefore stuck with a mediocre 8/5 leadership.  If they break the unit isn’t likely to come back.

Corsair Cloud Dancer Band (Grade: A): These are Eldar Windriders plus three points.  Nobody reading this article needs to be told how great Eldar jetbikes are so let’s focus on the differences and what Cloud Dancers do that’s worth those few extra points:

In addition to the TL shuriken catapults, Cloud Dancers can take:

Dark Lances may look tempting to some, however 40-point jetbikes are a questionable selection.  It’s likely best to take only a small number within a unit.  Dissonance Cannons suffer from being just one shot each making them poorly-suited for well, everything.  Splinter cannons are an interesting choice at a cheaper price point and will actually top Scatter Lasers at killing T5 or higher enemies, though they have no effect on vehicles.

In all, Corsair Cloud Dancers are superb units for the same reason Windriders are.  They add a bit more utility than Windriders at only a small extra cost, making them essentially just as good.  Too good perhaps, as they overshadow other units in the codex. 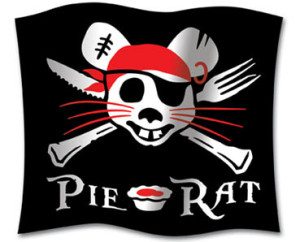 An important note – Corsair dedicated transports can be difficult to take in a list; Venoms are only able to be selected on units of exactly five and Falcons on units of six or more.  This means that units with HQs cannot ordinarily get inside them as they increase their unit size beyond the capacity of their transport. That and a general tilt toward jet packs and jetbikes means these two otherwise capable units may not see much action.  Neither vehicle is a possible fast-attack choice.  That being said, they’re not bad units.

Corsair Venom (Grade: B+): The Venom we all know gets a wargear and special rules face-lift with an array of options:

Unlike the Dark Kin version there are no flickerfields and no inbuilt deep striking ability.  Those things can be more or less purchased with the above wargear options but for a total cost that will surpass the original.  On the plus side the Corsair rendition costs five points less to begin with and has a bit more firepower.

Corsair Falcon (Grade: B): For five points more than an Eldar Falcon it gets scout and Corsair paraphernalia options.  It lacks the squadron ability from the craftworld codex but on the plus side it uses the same under-slung weapon mount as a Venom, meaning its stock gun can have a 24″ range.

Corsair Vampire Raider (Grade: N/A) – A giant flying transport with a pulsar, banned in the ITC and best-fit to Apoc format.  Sadly this is all Corsairs have got in this slot.

As always, share your thoughts in the comments section and look for the Part III wrap-up on the remaining Corsair slots soon!

← Daily Awesome Conversion
The Pinion Demi-Company: Why Aren’t You Using It? →