Signals from the Frontline #407 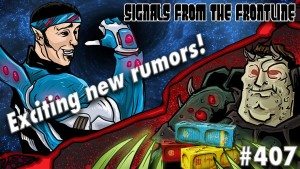 Join us for the LIVE show by following this link. The Show starts at 11am, PST. 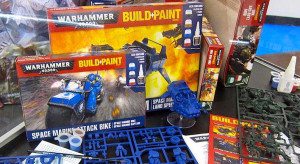 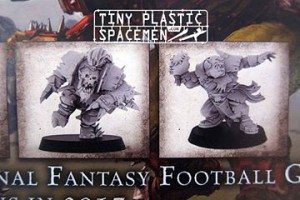 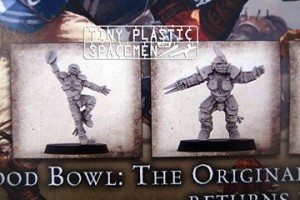 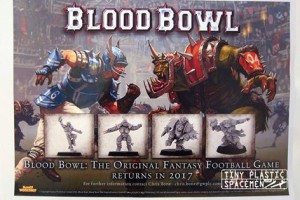 Curse of the Wulfen.

All non-vehicle models within 6″ is affected. For Blood/Sky/swift claws it is 12″, for Long Fangs it is 3″.

Wulfen, Servitors and units that start in a transport are not affected.

At the start of the player turn, roll a single dice for all units. The effect lasts until your next player round.

4-5: Add 3″ when you move, run or charge. Basically dunestrider.

6: All models gain Furios Charge and gains 1d3 attacks for charging, unless they have Rage.

6: If killed, you may attack before being removed, even if you already fought in an earlier Initiative step.

Helfrost pistol. I will laugh if that thing ends up being 15 points and straight up better then plasma pistols.

I think they don’t even need to fire it to benefit from assault grenades in close combat.

Strike at normal initiative when charging, otherwise at I1. That is 5 S8 AP2 attacks at initiative 5. But hey, who needs instakill T4 when you can drown the opponent in S6 AP2.

EDIT: Huh, nobody among the wulfen have access to helfrost pistol. Are we getting some character model as well?

They seem too beefy. Too many tricky fun things. Sounds like the made up CSM rules we saw a few months ago.

It seems very similar to the wishlisting page on Dakka.

Dude, beyond wish listing – do you EVER think that this would happen?

“Hellions can hit-and-run on their initiative step rather than at the end of the combat round. Shoot, assault, make CC attacks, and then bounce out of combat before the enemy can make their attacks.”

“Raiders are *free* for anything that can take dedicated transports.”

MAYBE in a formation, but otherwise there is no way that DE are getting these kind of rules. I don’t even think GW is competent enough to write things like that.

” I don’t even think GW is competent enough to write things like that.” I don’t see this sort of reasoning nearly often enough because its so very true. I think the only way that they can make a light unit good by accident is by giving it a ton of firepower without noticing it. Like the Venomspam.

If the rumors end up being true, I’m not sure I’d call them too beefy.

Think about the Eldar and the layers of rules that go along with each weapon/exarch/unit/formation all they way up to the Craftworld Warhost and these rules actually seem a bit light by comparison.

I hope there is something to the rumors. The Dark Eldar could use a trick or two.

More telling is that it would be very strange for such a relatively new and very good kit to be re-done so soon.

I am SUPER skeptical. Not only does a lot of it sound like wishlisting, but they already have a 7E codex (even if it is shitty.) I don’t believe that GW has EVER released two codexes for a faction in one edition, much less for a relatively-unpopular one like Dark Eldar.

It does sound like wishlisting. I’ve seen some threads on the dark city about the potential of initiative-based attacks by Wyches.

It also seems pretty early for a new release, but Mechanicus is potentially getting a third codex in this addition isn’t it?

In hindsight, compared to the releases beginning with the Necrons, the Dark Eldar and Covens releases seem a bit like they were rushed out the door. I also thought it odd that new formation boxes (like the Wych Cult Shardstorm) were released with no rules. The DE and Covens (along with the Blood Angels for that matter) seem like low hanging fruit for a decurion-style codex release.

It will be interesting to see if GW does something with their “gamers” codex idea to allow for more frequent rule tweaks.

Supposedly, Mechanicus is just getting its two Dexes rolled together into one, with maybe one or two things added. And given that they’re the first proper Army actually added to the Game since 3rd Ed, it doesn’t seem too unreasonable for them to get some catchup, even if it does have the taint of Marketing around it.

I agree. Multiple releases per game version doesnt seem unreasonable or unlikely given GW’s current rapid release schedule. What you said about Mechanicus could easily be applied to the DE and especially the BA.

The Covens codex did sell out of hardcover and is now paperback and web store exclusive. Did it sell poorly or is it already queued up for replacement? We’ll see if the rumors pan out.

CSM and IG both got 2 Dexes during the course of 3rd Ed. Their re-done Dexes were sort of trial runs for the 4th Ed Dexes, but they were done twice in one Edition.

When will the 40K ITC FAQ be updated?
Only a week to go until LVO and we all want time to practice after the rule revisions?

There are over 600 questions in the ITC FAQ questionnaire, we’re busting our ass trying to answer them all but it’s a crazy amount of work.

I haven’t heard or seen Wulfen since the Codex: Armageddon days. Hope SW players start using them, old models were so fun to fight against. No offense to Khorne but it sounds like there will only be more Khorne in the update. On the plus side I have 10 flesh hounds and 10 blood letters if this new formation is only khorne. REALLY hoping murderhorde incorporates more Chaos tho…

Bruh. Those Dark Eldar rumors sound like the fluffiest fucking rules I’ve ever heard of for DE. I dare say fluffier than the 90’s with jetbike and skyboard Archons. Here’s praying to Khaine for a redemption codex!

LOL at these Dark Eldar rumours.

While I don’t dare hope those DE rumors have any legitimacy, I have to admit that even as crazy as all that sounds, it would still be on the level. They’d be taking seriously terrible units and at least giving them some punch. Dark Eldar has always been a kind of Glass Cannon army, except as it is now it’s a glass cannon that fires – for the most part – wads of wet tissue paper with no more enthusiasm than a common school boy. Wyches, Hellions and Raiders would still be ridiculously easy kill / maelstrom points on the table, they just might rack some up themselves before they die.

Having said all that.. many grains of salt needed for those rumors… I just don’t see it happening

Honestly if they thinkg their crappy old bike and Land Speeder designs are going to be gateway drugs for anyone it just shows they are completly full of themselves. Just consider what they are competing with in a toy store and then they didn’t even bother to update their 20 year old models for that fight.

can we nerf the Dark Eldar in advance, they abilities are like the Ghostkeel on steroids (blind everything!) and since we can nerf that without a vote i say we preemptively nerf this too. AM I RIGHT!?!