When the forces of Cadia need to crush their enemies with the brute force of heavy artillery, they call in this formation. While individual Guardsmen may not be the most intimidating warriors in the galaxy, they are numerous, brave and backed by some big ass guns! Few enemy can withstand sustained, heavy shelling from the Astra Militarum.

To get caught up on the rest of this article series, follow these links. 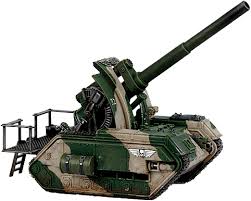 This is a formation that really packs a wallop! You’ve got a combination of powerful artillery units with the added benefit of Orders. That equates to a seriously brutal amount of firepower that can take a vicious bite out of most opponents. You just have to be careful to protect your vulnerable units. 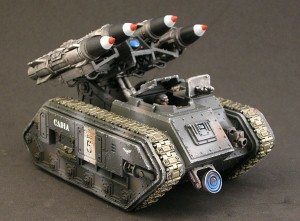 This is a really solid formation. It has a tad bit of fat to it in the form of the Enginseer(s) requirement, but, you will find that in the context of this formation the Enginseer is actually not bad at all!

What we have essentially, is a self contained group of long range firepower units that all work together in concert, which is good fun. The artillery units which put out some solid firepower, get force multiplied through the use of both orders and the Target Sighted special rule. Ignoring Cover is frequently going to be the go to order, but, split fire will come in handy if the Enginseer is unavailable to grant Power of the Machine Spirit to a unit or if you have multiple artillery batteries with more than one vehicle in them.

A Basilisk with Ignores Cover is just brutal, Strength 9, AP3, ordnance and barrage is a juicy combo, one which threatens damn near everything in the game baring 2+ units. MEQs live in fear of this combo as not even hugging cover gives them a reprieve from the onslaught. Combo this with twin linked and you have yourself a stew! I normally advocate NOT taking squadrons of vehicles as in the age of Scat Packs and such, they are too easily destroyed in a single attack, but in the context of this formation, it is worth considering as you can split fire, ignore cover, twin link, etc.

The Wyvern, which at first glance feels a tad bit out of place in this formation, actually benefits from it quite a bit. For one, you have to take 3 units of artillery, so, having the Wyvern there who is largely self-contained (already twin linked and ignoring cover) means you are free to use your formation resources on other units. And, he really benefits from PotMS as he can then fire each of his Stormshard Mortars at a different target. The Hydra is really just a sub-par unit, truth be told. With Ignores Cover it can be very solid in a situation where you know you will be facing some flyers, but otherwise isn’t really a worthwhile choice.

Of the Deathstrike and Manticore, the Manticore is going to be the more consistent choice. These are really solid choices, and in the current meta bring a lot to the table. With Battle Company and Imperial Knights everywhere, Manticores punish them. Firing multiple, possibly twin linked and/or Ignoring Cover strength 10, barrage, ordnance, large blasts shots a turn punishes anything with an armor value, and at AP4 will obliterate lightly armored infantry. Even tougher targets like Destroyers, Thunder Wolves and multi-wound Bikers fear the Manticore as at Strength 10, most of them will get insta gibbed if they fail their save. I am actually surprised we don’t see them more frequently than we do given the plethora of solid targets they have available to them. 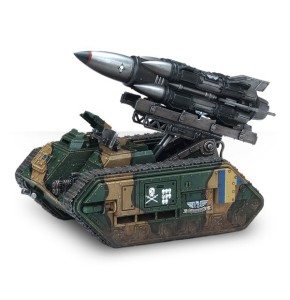 The Deathstrike is a fun choice but also not to be underestimated. It is much improved in 7th ed over the previous version. Typically, it fires turn 2 on a 3+, which is no joke, especially if it is twin linked! This thing will take a huge chunk out of an enemy army and nothing is safe from it apart from T6+ multi wound models (this beast really should do multiple wounds, but hey). It will make a mess of a meched up list like Battle Company, or any infantry based list! Plus, this unit is just plain fun to use, lol!

The CCS component of this formation is where the magic lays. It issues orders onto the vehicles to give them the extra boost and obviously should include a Vox Caster in it to use the Target Sighted special rule. You can of course put Voxes on other units, too, but the CCS should be sporting one. As the unit has to be in a transport, go with a Chimera to both protect the unit and so that they can issue orders out of it. If used in the Cadian Battle Group, the roll 3d6, drop the highest for passing orders will be very useful with the middling ld8 the vehicles come with. And, if you’re going all out on the formation and taking more than the minimum of units, Creed may not be a bad call as he gets 3 orders and failed orders are rerolled. Pricey, but could be a fun option. You can alternatively equip this unit with some special weapons and play them aggressively, issuing orders on themselves, but typically you’ll want to keep them alive to issue those awesome orders. A simple heavy weapon is a good choice, the Auto Cannon never disappoints me, or a Las Cannon. Even a humble Mortar can provide some good utility. 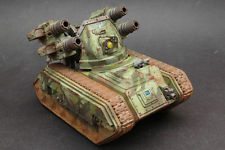 I’d run this formation with a Basilisk, Wyvern, Manticore, the obligatory Enginseer with 2 Servitors (for fixing stuff up or adding some nice firepower), and a CCS with an Auto Cannon and Vox in a Chimera. Weighing in at around 500pts that is not bad at all for what you’re getting. It also makes a nice addition to another army as a standalone Astra Militarum force to compliment another army. A Void Shield Generator and a back field objective to babysit go with this formation like steak and fries, and certainly justifies the expense.

In all, this is a solid formation and one of the better to be found in the Cadian Battle Force. The real question is why take this over a unit of forge world artillery pieces which are so much more resilient? That’s a tough call, and one you’ll have to make for yourself based on the context of your overall army.

Check the Tactics Corner for more great articles and remember, Frontline Gamging sells Games Workshop product at up to 25% off, every day! Our special offer this week is: purchase a Horus Heresy Betrayal at Calth box set and your entire order ships FREE!