Hey everyone, Reecius here from Forntline Gaming to go over the next installment in our Cadian review: the Emperor’s Talon Recon Company! Be sure to check the Tactics Corner for more great articles.

Sentinels, one of the coolest looking models in the game with some of the worst rules. Can this formation save them? 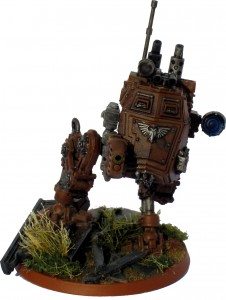 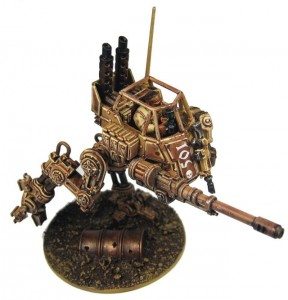 This is an interesting formation. It takes what is undeniably a true stinker of a unit: Sentinels, and gives them some decent special rules to dress them up a bit. However, as my Grandpa always told me, “slapping lipstick on a pig doesn’t make me want to kiss it.”

Poor Sentinels, such a cool unit with a great model and awesome fluff but the rules just stink. That said, is this unit viable at all? I’d say yes, if you wanted to use Sentinels, this is a good way to do it. The formation itself allows you to Outflank with Armored Sentinels which are decently durable having front AV12, along with the more nimble Scout Sentinels. You also gain some decent orders (Ignores Cover, Tank Hunter/Monster Hunter would have been a lot more fun!), particularly the ability to shoot and then run (preferably behind some cover) is quite good for a unit like this. If used as an Auxiliary in the Cadian Battle Group, rolling 3d6 and dropping the highest for Orders checks will really help to mitigate that low Ld8 to pass orders. 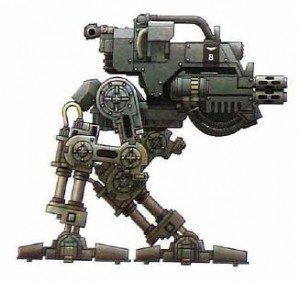 If I were to run this Formation, I would likely go 1 of 2 ways. Either mega cheap, with all Scout Sentinels armed with either Multi-Lasers or Auto Cannons, and have them mark a relatively normal unit for preferred enemy, such as a unit that held a back objective, have them Outflank and then go after that target where they would have decent odds of actually taking it out. If not that strategy, I’d go with Armored Sentinels to pack some decent firepower with Plasma Cannons, mark a relatively tough unit, such as Thunder Wolf Cav., and then let er rip with Preferred Enemy Plasma Cannons.

No mater how you slice it, this is a formation that is best used for fun games as Sentinels are–unfortunately–a truly bad unit in 40k. What do you all think?