How to Play Battle Company Part 1.

Hello everyone, Frankie here to discuss Battle Company. It is one of the most common armies out there in the current meta, so be prepared. In this article I will discuss how to start building your Battle Company.

The first step when deciding on how to build your army is deciding on a Chapter. I think everyone will agree that White Scars is the top chapter which also happens to be the chapter I chose. But honestly, any chapter can do well as a Battle Company. They just all play a little different. I really want to see someone make a Red Scorpion Battle Company as I think they would hold up really well. Anyways, pick the chapter you like the best as you will be spending a lot of time building and painting this army. 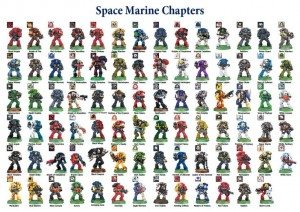 Next part is picking what type of Battle Company you are going to run. You have quite a few options when it comes to this part. You can go with killing power, durability, Drop Pods, Rhinos, Razorbacks as possible build ideas. I chose Rhinos and killing power which has worked well so far. The great thing about Battle Company though is no matter how you build it you will do well. Ive seen Razorback and Drop Pod lists dominate as well. Make sure to pick an option that you will enjoy playing. 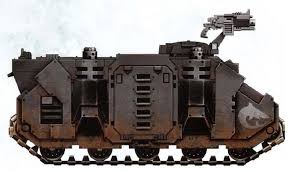 Another key thing you need to pick when making a Battle Company is an Auxiliary Detachment that will complement your army well. I chose the 10th Company which is three units of scouts, it is the cheapest option and adds a lot to my mechanized list. Ive seen a lot of people use the Anti-air detachment which is really good as well. Just pick something that will fill some gaps in your army or give you some options to deal with armies you’re scared of. 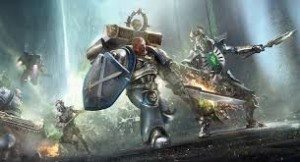 Last thing to decide on and probably the most important is the color scheme. Make sure to take a look at all the color schemes that go along with your favorite chapter. Or you can pick a general color scheme and then can play any chapter going forward for more variety. I recommend option two so you can try out different chapters. Also pick a color scheme you don’t mind painting, because you will have a lot of models to paint! 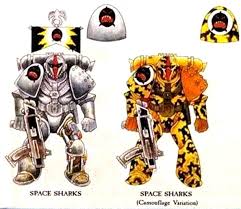 I hope this article helps you decide on what Battle Company you want to play or some of the Battle Companies you will be fighting against. What type of Battle Companies do you all play? Next week I will go over some tactics and more in depth list building.

My biggest regret is choosing white scars, I love the chapter, but I feel weird saying “These are Actually UltraMarines” but anytime I do, no one complains TBH. So maybe not, Hell, the best DA aremy for LVO was painted ultrmarines lol

I guess for competitive play either the Scars or Ultras would be best but I love my cat helmets and cat so must stick with the Iron Paws…I mean Hands. Plus black is pretty easy to paint! But if I had time and more money I’d do a Red Hunters battle company. Then in turn 3 or 4 a bunch of grav can all sky fire if needed and do some doctrines whenever and have cool skull helmets.

i still stand by the “you’ll never stop us all” build of spamming as many units as possible. It may play like a bunch of power armored guardsmen, but it’s a very hilarious end to a game when you win after having only killed a handful of models. It did super well for me at wargamescon and a couple other events.

The change to purge mission hurts a bit, but is still winnable if you can snag first blood and line, and have your warlord hide like a coward.

Regardless of build, I don’t think I will ever run a serious competitive imperial army without a podded culexus assassin though. 175 points to give you a psychic deathstar hoser is just such a great deal.

Yeah the Culexus is super good. And yeah the spamming of units is a great build.

I’m just digging into assembling a pile of Drop Pods for a BC. I’ve been collecting stuff for an Imperial Fist Army for awhile so figured I might as well use the BC as a base and add on from there. Right now I will probably try out the Raptor Wing as my Aux and see how it works. It is a daunting amount of stuff to assemble and paint, so I’ll be sticking to my Wolves til I’m done.

Raptor Wing isn’t available as an Aux for a Battle Company unfortunately, or it’d be my go-to. It’s not available in the Gladius Strike Force, and the Talon Strike Force doesn’t have Company Support as one of its benefits.

I do like taking the Storm Wing because then I can take one of my Dev Choices as Cents, and still have a Transport for them without also picking up a CAD or SW/DA/BA Allied Detachment.

Easy answer to your transport problem is to take a command squad on bikes (always a great choice) and they still get to pick a transport= spare drop pod.

Which is useless because being the dedicated transport pf the command squad nothing else can start inside.

Scratch, that I’m thinking of throwing my Assassin in a Rhino after the game started. Duh!

Actually it is available. All the new formations are a upgrade to codex space marine

Not as auxiliary in the gladius though. Just as standalones.

Yeah, reread the pertinent rules and you’re correct. I can fit in a Stormwing barely so may try that and see how it works.

I just finished painting my 2nd Battle Company for LVO. Now I have an identical army I can practice against for whenever I need to face other Battle Companies.

To bad that in Sweden you are usually only allowed 199 pts of free tanks and wargear. And the comp system doesn’t even allow white scars BC.

The so called easy comp Is not kind to formation armies.

I’ve played an Ultramarine Drop Pod Gladius (12 pods), with 10th Company Scout Bikers in the auxiliary detachment. Devs with Grav, Tacs with a mix of plasma and melta (2 plasma/combi plasma and 4 with melta/combi melta) a couple of Iron Clads and 2 assault squads with twin flamers. Scout bikers with locator beacons to bring in the pods.

The Ultramarine doctrines, are fantastic for making the tac squads shine. The Iron Clads are brutal (if you get them there) and the Devs are…. well, devastating!

Its a great list in anything other than kill points. Came 10th in a local tournament, having lost one (kill point) game 20-0 against a necron decurion. Would be bringing it to LVO ….. if I wasn’t flying.

Battle Company is a huge meta buster. Lots of lists that are otherwise very strong all of a sudden fear the MSU qualities of this army.. and as a War Convocation player I thank you guys 🙂 I’ve never played a game against the battle company I didn’t enjoy/have fun (even the ones I lost!) Such a damn good list.. fluff, competitive and utilizing stuff we otherwise wouldn’t see. Love it.

Tangential topic, I wish they had given the battle company an option for free gear OR a free ride. Like, instead of Battle Company being all about Rhinos or Drop Pods, make it about getting free vet sarge upgrades with free plasma pistols and power fists.

Something like any unit that is 10 models strong and doesn’t have a ride gets free upgrades.

Essentially, incentivize running 102 marines on foot (or the like as you can get bikers and cents, whatever) or some combination thereof instead of just incentivizing running mech spam.

I have a Battle Company/Iquisition list I am building. I am giddy to try it out. WS Chapter tactics the Demis are run of the mill with Razorbacks 5 man squads with a melta. The captain has the Hunters Eye to grant my death star of 8 Jokaero, 2 psykers, and Coteaz Ignores cover. All them tucked in a Void Sheild.

I’m interested in hearing the rest of the article. I like the battle company, but at 1850pts for a tournament, that leaves out a lot of the upgrades I want. I’ve done a battle company before with the stormwing, but did poorly. Becuase of Deamonkin and Demons. No way to counter act opponent psykers and no counter to ap3 weapon spam from blood letters and frees summoning. I’d like to see some concrete advice other than “take the best chapter tactics White Scars” I’m tired of being forced to have a certain build/chapter to win tournies. I don’t play WS, I don’t play Imp Fists, and I don’t play Ultra. I play Iron Hands. I know armored task force might be good. I just do’t have the models I need at the moment to do the formation.

Once the new Red Scorpions book comes out and they most likely include some force for the red scorpions to take, or make it so I can take their characters in a decurion, I got my red scorpions army almost ready to go.