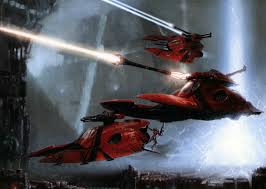 No escape from me fellow gamers, Mr.MoreTanks back to spew thoughts on those pesky little xenos that bake space cookies in their wraithbone trees.

The Eldar Falcon rolls in as a versatile gunship with some useful transport capacity along with some impressive firepower, all on a fairly durable chassis at a reasonable points cost.  (You know, I’m pretty sure that art at the top doesn’t even actually have a Falcon in it.  Whatever, it looks cool, and I’m too lazy to change it, there isn’t a lot of art on Falcons anyways, get working on that guys.)  If you want some good strategieriez and less rambling, check out some more articles in the Tactics Corner. 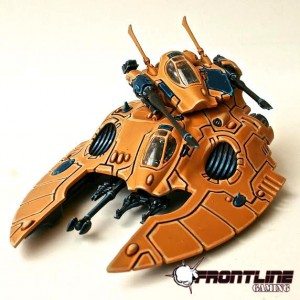 Trying to balance the scale of firepower and transport capacity, the Falcon succeeds at being jack-of-all-trades while still mastering none of them.  That doesn’t make it bad though, in fact, in some ways, that’s just what this birdie has going for it.  This vehicle is a Tank, Fast, Skimmer, and a Transport, its got a lot going on.  The Falcon’s transport ability is one of its greatest assets, 6 Aspect Warriors rolling out of it is no joke.  The tank itself also packs some considerable punch with its Pulse Laser and other weaponry.  Armor 12 on the front and sides with 3 Hull Points is pretty durable considering the points costs and transport capacity.  Overall, you’re looking at an extremely impressive tank that can support nearly any combat roll its called upon to make. 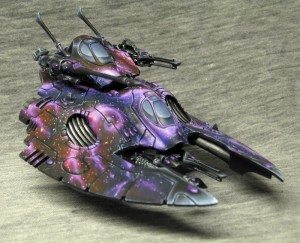 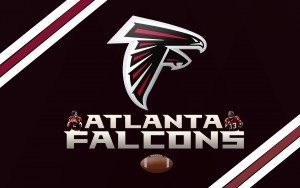 Right off the bat, I think you upgrade the shuriken cannon to a starcannon, the firepower and AP 2 firepower pairs well with the pulse laser.  There’s a significant difference between Strength 8 and 6 to be sure, but most targets won’t be thrilled by getting tagged by either of these guns for sure.  There’s a range difference for sure, 12 inches isn’t an insignificant difference; but really 5 points seems like a very reasonable cost for the starcannon, I think its the way to go for sure.

Other upgrades to consider are Crystal Targeting Matrix, its not cheap though, 25 points is a stiff investment.  The other is the Holo-Fields, at 15 points, its far more reasonable.  145 points for a tank with an added starcannon along with the Holo-Field I think seems like the most efficient way to run it.  A threat to Monstrous Creatures, Centurions, and the like, the guns are powerful indeed.

So what tool do we need to make the most of next?  The transport capacity.   Our best option is to go with probably Fire Dragons, speed will help us deliver our melta-toting friends to their intended target while bringing in the guns to support them against any nasty target they bump into.  Additionally we could take a unit of Dire Avengers, who are free to lay into the occupants of a vehicle that come spilling out of their wrecked transport thanks to the Falcon’s guns.  Even Dark Reapers are a possibility, and these can wax MEQs and the like that come out of transports, but that’s an expensive unit that won’t be giving you a proper return on their points in all likelihood.

An affordable gunship with powerful weaponry that’s maneuverable as well as having a transport capacity is an excellent package.  In my ever so humble opinion, this is one of the few all rounders that is actually good enough at all the things its trying to do to be considered.  Don’t get out of hand with the upgrades though, strong list builders and efficient tacticians are careful with their points and work to make the most out of their units.  The Falcon’s ability to function like a Swiss army knife is a tool that can be used to boost your list’s efficiency against nearly any other army and mission scenario.  The Falcon succeeds and fits with the other strengths of the Eldar, overwhelming and deadly firepower, speed and maneuverability (Fast Skimmer and all), as well as a good way to strengthen other units in the book (the transport aspect).

It’s also available as an auxiliary choice in the Eldar War Host detachment in the Engines of Vaul slot.

What do you think fellow gamers?  Is the Falcon trying to do too many things at the same time?  Beyond that, can it succeed in the modern meta? I think so, and can be all too easily underestimated by the enemy.  Game on fellow gamers, practice often, because the LVO is coming… 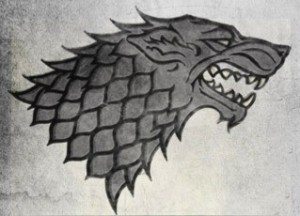 The LVO is coming…

As always, let us know what you think of the Falcon! And, we sell Games Workshop product here at Frontline Gaming at up to 25% off, every day!

The Bright Lance seems like the way to go for the secondary to me. It’s got one less shot than the Starcannon, but its target profile matches the Pulse Laser’s just about perfectly.

Also, the tank in the back of the first pic is totally a Falcon. The Weapons are different lengths, and the turret is too big to be a Wave Serpent, and it being a Falcon fills out the HS Tank options.

I’m no expert, but a trio of falcons dropping off an aspect host with 1-2 units of fire dragons and a(couple) choppy unit(s) after a deepstrike sounds pretty nice. Yes, all of that is a pretty significant number of points dropped right in the middle of the enemy army, but that might just be enough target saturation to ensure some charges.

There are some options there, but I doubt you’ll ever get the points return on that that you’d need. The Eldar just have so many deadly options for low point costs, its hard to justify a big investment like that.

I’ve seen it used, and against some armies it will be devastating- dropping 2x or 3x Fire Dragons can be pretty brutal against the right lists, especially since the Falcons themselves can typically finish off their targets if the Dragons don’t quite manage it.

The problem is that you’re sitting a LOT of points off-board, and then hoping for a consequently valuable target (or targets arranged in close proximity) to hit. Three squads of Fire Dragons and three Falcons is seven hundred points- how often does the enemy have a 700pt unit that will fold to that firepower? A Stompa or Stormsurge might, but a deathstar certainly won’t. And once it’s on the table, none of the units are particularly tough. You’re better off buying four Warp Hunters or nine Hornets or whatever.

Good review. And I also tend to go with the starcannon.

I think the Falcon is an extremely viable option again for Eldar.

It’s certainly a usable vehicle and there’s even a few tricks you can pull with it (like the Deep Strike one), but as a transport it’s worse than the Wave Serpent (while not having THAT much more firepower) and as a firepower unit it’s worse than a Hornet or the like. It suffers from not having a clearly-defined job in the army; occasionally you will want a generalist, but most of the time if you are taking a vehicle with transport capacity, it is because you have a specific unit that you want to be riding in it most all of the time.

I don’t mind its Jack of All Trades stats, personally. I find the flexibility to be a strength. Specialization is often more efficient but in the context of a game, that flexibility is often a boon.

Falcons have a nice little niche these days, I like them a lot for a bit of somewhat resilient long-range S8 AP2, and for the tank-shocking ability which hornets lack.

Being able to stick some troops or a farseer in there to weather first turn shooting is a bonus, but if it’s transportation you’re looking for, the Wave Serpent is clearly a better choice.

Also it’s worth mentioning that the Falcon becomes pretty decent as a Corsairs transport, gaining Scout, ObSec, Deep Strike and a re-rollable 4++, ouch.

Yeah, all good points. I think the Falcon is a good choice for a bridge between firepower and transportation needs.