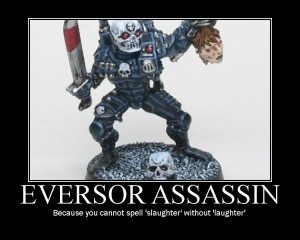 For the most brutal society we can imagine, as Games Workshop tells us, the Imperium doesn’t have too many pure killers.  The Space Marines are a bunch of no fun monks that are always in control of themselves (apart from those zany Blood Angels, of course!), and the Astra Militarum seems like just a bunch unlucky soldiers sent to die in the millions for the throne.  Thankfully, we have the Eversor Assassin to represent 38 thousand years of technology applied to pure human furry.  For more reviews and Tactics articles make sure to check out Frontline Gaming’s Tactics Corner. Even among the other Imperial Assassins, the Eversor stands out. Where the Culexus is a terrifying ghoul purpose bread to take out psykers, the Vindicaire is a supreme sniper with precision and patience his greatest tools, and Callidus is a stealthy killer that strikes from the shadows, the Eversor is a blunt force instrument! He’s not sneaky, subtle or cautious, he is simply unleashed on the enemies of the Imperium.

So how well does fury manifested as an Imperial Assassin, pumped up on the most advanced combat drugs known to man, preform on the battlefield?  Kind of how you would expect.  The Eversor Assassin murders basic enemies but his pure unleashed malice doesn’t stand up to the elite fighters or high strength weapons the 40k universe has to throw at him. 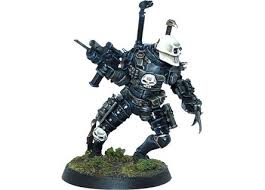 Trained for years and given the best enhancements known to man, the Eversor Assassin rocks an impressive stat line.  This natural born killer is WS/BS 8, S/T 4, W 3, I 7, A 4, LD 10, without any armor so Grav is basically useless.  You get this all for the price of 135 points.

The Eversor comes stock with, Melta Bombs, a Power Sword, an Executioner’s Pistol (12″ S1 Poision AP-, or 12″ S4 AP5), a Neuro-gauntlet (S user, AP- Shred, Fleshbane, melee), a Sentinel Array (allows the Eversor to fire Overwatch at full BS), and Frenzon (combat drugs that allow the Eversor to charge 3d6″ instead of 2d6 and gives a charge bonus of +3 attacks instead of +1).

On paper this equipment might seems a bit underwhelming for the points but the load out works well when combined with the Eversor’s Special Rules. 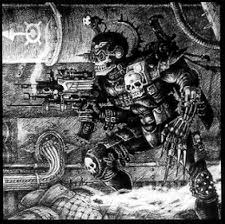 The big takeaways from his special rules is his 4+ invulnerable save and Feel No Pain.  This makes the Eversor decently survivable against anything that is not S8 or higher. 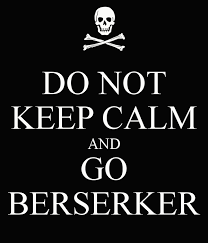 The Eversor has an average charge distance of 10″, will put out 8 WS8 S5 AP3 or 8 WS8 AP- wounds on a 2+ re-rolling on the charge at initiative 7.  That is a good combination of rules to murder any T4, 3+ save opponents, or to cause around 6 wounds to a high toughness model.  That’s not bad.  It’s not that great either, though.  The Eversor will get rocked in combat by anything that sports a good invulnerable save and can cause a lot of wounds to him or brings high strength attacks (think Canoptek Wraiths, or anything that will survive to swing with a Powerfist or Thunderhammer).  If you get your Eversor into the right target he will do work for you.  However, like all close combat orientated troops you have to get him there first which can be quite tricky as it also only takes about 3 S8 shots from a BS 4 shooter to statistically put him down.

So how do you make him work?  For me, I would infiltrate him somewhere in your opponents backfield near his squishy backfield objective holders.  If you are lucky and can Inflitrate 12″ away you will reliably get a second turn charge.  Another option is to deploy him out of sight near the center of the board.  Now you have created a bubble where basic ObSec troops need to be wary or you could use him to pop a vehicle that gets to close.   Finally, another fun kind of option is if you take an Execution Force load some or all of the assassin except for the Vindicare into Drop Pods and drop them right into your opponent’s face.  Out of the 3 Assassins in your opponent’s face, the Eversor should be the lowest priority target and should get to charge what he wants, but likely at the expense of watching your more expensive assassins die. Rhinos also work well in for this purpose.

Overall, the Eversore Assassin will be an inconsistent performer for you.  If he reaches your desired target he will go nuts and seem amazing.  More likely though, he will get squished in close combat or a random missile shot before he gets a chance to earn hist points back. If you can aim at a high toughness, low to medium armor save MC or GMC like a Stormsurge, Flyrant, Wraithknight, Great Unclean One, etc. he can really shine! Fleshbane with Shred and a lot of attacks means he has a decent chance of taking these targets down! And when he does, it is glorious. From a competitive stand point he is a bit too expensive and inconsistent for what amounts to a kamikaze unit.