You Are Not A Special 40k Flower

Scene 1: A Flower In The Field

I am a flower.  A beautiful flower in a field of other flowers, but there are none like me. I am special. I will stand out apart from the rest my brethren and solidify myself in the spotlight, making my path, making my way no matter what the cost. What is that I see before me? A boot? 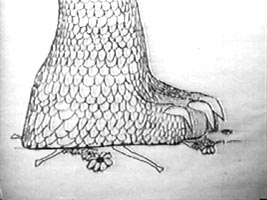 I keep encountering gamers that want to be the special flower. They want to play 40k their way and I am fine with that. However, when they ask for tactical help and other knowledgeable gamers chime in, their help is rejected with the thought that they want to make their own path and go their own way and refuse those solid played out ideas. Then, which is really the crux for me, they get frustrated when their plans don’t work out and they don’t win their games or do poorly at a tournament.

If you want to do better, either take the advice given, or if you reject it, don’t complain when things don’t work out for you.

In my experience as a teacher, I see the bell curve in action every year. The basic concept is that there are a few at the top of the bell curve, a few at the bottom of the bell curve, and a lot in between in ability. Most of us sit in that little below average, average, and little above average categories. I see this every year in my students with a topic like reading where I have a few way above grade level, a few way below grade level and a lot in between.  It’s actually very interesting to see this play out each and every year in my classroom. Some years weigh heavier one way or another, but there is almost always that curve that lines up with the law of averages.

It is in my opinion that this plays out as well in the 40k community. You have those players that are at the top and will most likely be at the top of every game or tounament, the players that are often at the lower end, and all those players in the middle. I firmly align myself in that last group. I’m typically a bit in the above average, but rarely am at the top level, although I have been chipping away towards those higher spots.

Most of us are those average players, so I think we need every advantage and a bit of luck to take those top prizes. Don’t shy away from those combos you see online and strategies that work well. Of course everyone wants to be the player that unlocks the hidden code of 40k and go to that top tournament and place first, but it will most likely not happen.

I’ve tried to talk a bit about things people can do to get better as a players so let me link and overview those thoughts here: 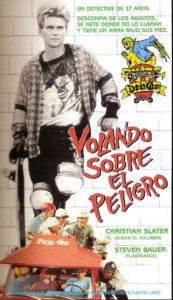 I’ve been playing a fair amount lately (typically at least once a week and then  many tournaments upon that) so I’ve been able to get a pretty firm foundation of the rules, know my army pretty well, and know other armies too. This is important for so many reasons. One main one is that many players don’t play the game right. They move wrong, enter and leave terrain incorrectly, shoot improperly, assault in the wrong order, and don’t even necessarily know how their army may work. You don’t want to be the rules police, so just politely show your opponent where they are wrong as many players inadvertently do things to their advantage….or maybe not inadvertently as the case may be. At any rate, knowing all of these rules can set you up for a major advantage against more inexperienced players.

Good example of this was I got to play against a very nice fellow who hadn’t played against the Centstar and although I explained how it worked, decided to leave his Wraithknight on the table with me going first. Of course I’m going to go after that and take it out as soon as I can. No Stomps? No problem. Talking afterwards that was one of his big mistakes and not one he will make anytime soon.

For the love of Pete, please take those combos and run with them? Playing Orks with Snarf Snarf (Zadsnark)? Please tell me you have a Painboy and Warboss with Lucky Stick and Zadsnark and a bunch of Biker Boyz in that unit? NO? Sorry brah, that unit ain’t going to cut the mustard!

I once played against a player a long time ago that had all this stuff crammed into his Fire Warriors. When he asked about what he could do I suggested that he cut out all that stuff and make it more geared towards one thing or just cut it out altogether as he had long and short ranged guns that he was paying a premium for. His reaction was of the special flower varieity. He wanted them to be a swiss army knife to have uses in any situation. Problem was, the bloated points made that knife the size of a brick and not very usable in any situation.

Read what works and use it!

I have been playing my Centstar list or a variation of for some time now. I’m comfortable with it and know or have ideas of what to do in many situations. Stick with your list so you know it very well. Unless it sucks, then change it!

There are a lot of people offering to look at your list and give feedback. Use it? Frontline has many avenues to get your list rated. Signals From The Frontline has a regular segment on this, Abusepuppy has been doing a regular series as well, and then the forums are usually hopping on these kinds of topics. Ask on the internet or ask around at your game store. You will surely find help someplace. 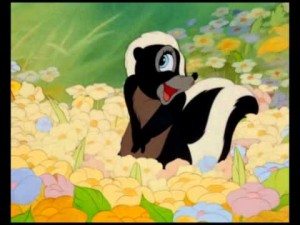 One of the great things about 40k is that you can make it what you want. You can design your own list, create your own color scheme and backstory, and do what you want to do with the game. That being said, if you just can’t bring yourself to netlist or use those proven combos and have to be your own special flower, be willing to take your lumps! In silence preferably.

Instead of looking for the top prize, set realistic goals for yourself. Start with just winning a game at a tournament! Practice and go for 2-0 or 4-2 at a larger grand tournament. Make your goals realistic for you and take pleasure when you meet them. If you have to be that special flower then know those boots are coming for you and will stomp you into the ground, with a little luck though and a lot of practice, you may just be able to turn the tides on that boot and put it into the ground.

What are your thoughts? Can the special flower make it in a sea of boots? Post your thoughts below and be sure to visit the Tactics Corner for more great winning ideas!

26 Responses to “You Are Not A Special 40k Flower”