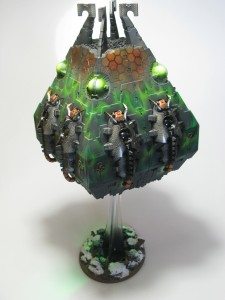 Hey everyone, Scuba Steve here to discuss the Living Tomb Formation. How can you use it? What is it for? Does it bring out the blood lust in your eyes? All will be revealed, so don’t worry! As always, for more tactics articles, check out the Tactics Corner!

Having the Tomb of My Life

Whenever I’m searching the internet for 40k info, especially tactics, I always gravitate towards the articles that tell me what I want to know, in the simplest way possible. So, I am going to assume that everyone reading this article wants that exact same thing. I am going to break down what the Living Tomb does, what it is used for, and what the best ways of using it are. Buckle up, because you’re about to get a crash course in Necron Tactics.

So, what do you need to field Living Tomb? Here is a breakdown of the formation slots:

Here’s the sweet thing, ladies and gents, the formation has NO RESTRICTIONS! (One of the greatest phrases in all of the grim dark) These models have some fantastic special rules and awesome wargear that you should really be aware of:

Because this article is meant to focus on the Living Tomb formation specifically, I am going to focus primarily on the Formation Special Rules and how to use them effectively. I highly suggest, that if you’re going to be using this formation, in any way, you check out Tactics Corner and read the Monolith and Obelisk Reviews to get a leg up on the units themselves. I hope you’ve remained firmly “buckled-up”, because here we go! 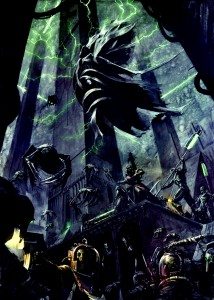 To Tomb, or Not To Tomb, That is the Question…

Okay, there are two reasons to take the Living Tomb: you want to include an Obelisk inside the Necron Decurion Detachment (in which case you likely won’t be taking the optional monoliths) OR you actually want to use the formation’s special rules to taxi your robotic hordes from reserve, to directly up your opponent’s nose. Both reasons are entirely valid and I endorse whichever way you choose to run it. There are two formation special rules and both of them really dictate how you are supposed to play this formation: 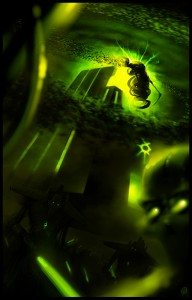 There is one really big draw back to this formation… cost. There is nothing you can do to escape the high cost of using this formation; 300pts for an Obelisk and then 200pts for each Monolith. Most players will look at this and say “700 points?! Are you on drugs?! Be honest, we can get you help! We’re more disappointed than angry”, this can be a big investment and it will take some finesse to get it working well in your average list. I would suggest using it at a higher point scale (1750-2000), its there that you’ll find you actually have enough other units to have your army work well on the battlefield. If you’re going to take the formation in smaller games, I would always suggest taking it for just the Obelisk, you lose out on the Tomb Nexus special rule, but it still automatically Deep Strikes on turn two. (Which is gnarly) Because these three models are so expensive, you also have to be a little more conservative with your models, try not to sacrifice them needlessly, you have less models on the table than normal and it will hurt when they start to die.

My final thoughts on this formation are primarily awesome. I believe many players overlook the power of this formation because of its cost, but once you get over its overall price, you can really get the Living Tomb to do some serious work for you. The advice I have for players that have a bunch of Monoliths sitting on their shelf, because they have been running the Canoptek Harvest over and over again, is: “Give the Living Tomb a try! With some practice, the Monoliths will soon be the scourge of the table top, yet again! The Living Tomb could very well surprise you (and your opponent).”