Hey everyone, Reecius here from Frontline Gaming to share some thoughts on the new–and so cool–Raven Guard Talon Strike Force detachment! Be sure to check out the Tactics Corner for more great articles.

First of all, what the heck am I talking about? I am referring to the new rules for Raven Guard Space Marines in the Warzone Damocles: Kauyon campaign book. Beyond having amazing artwork and engaging fluff, it also has some absolutely awesome rules in it, too!

It contains new material for not only the Raven Guard, but also Tau and White Scars, too. However, we’re going to look at the Raven Guard specifically in this article series.

First of all, I have to say that I really love this new detachment! It not only provides a fun, unique play style but it also represents the Raven Guard on the tabletop the way the fluff indicates they would play. It also lets me play some of my favorite units in 40K: Scouts, Assault, Devastator and Tactical Marines. That’s a home run in my book!

How does it do this? With a combo of some slick special rules. First of all, the “Decurion” style detachment that frames the army: the Talon Strike Force. Let’s get to it.

It is very similar to the Gladius Strike Force in the Space Marine codex and as a matter of fact, you can use it with a Battle Demi-Company if you want to, although the Pinion Battle Demi-Company is the Ravne Guard specific core formation. In the Talon Strike Force, you do not gain the benefits of the Company Support and Codex Astartes command benefits (free transports  if you take two Battle Demi-Companies or access to all of the Combat Doctrines). You do, however, gain some pretty incredible abilities that are very Raven Guardish! 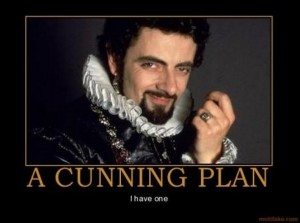 The first command benefit is Extensive Planning. This is INCREDIBLE. I cannot underscore the power of this command benefit enough. It lets you reroll the mission table, deployment roll and first turn roll. WOW! That is so good and so cool. While it doesn’t actually damage the enemy, it allows the tactically minded general strategic advantage by increasing the odds that he or she gets to dictate the terms of the battle which is very cool and very true to Raven Guard fluff, too.

The second command benefit is Know When to Strike. This is also so cool! It allows you to attempt to bring reserves in on turn 1 on a 4+. The ability to fully null-deploy after choosing the mission, deployment zone and first or second turn is awesome. The utility of this rule on its own is incredible but when combined with some of the other formations out there available in the Talon Strike Force, it really takes on a new dimension of efficacy. You can attack on a weak flank, from multiple threat vectors, go after undefended objectives, etc. It provides adaptability and the opportunity to lay traps, which is super fun.

Lastly, you get the final command benefit of the detachment: Know When to Fade, which allows you to choose to fail morale checks. Again, too cool. Fits the Raven Guard fluff and it is very useful to be able to choose to bug out when the going gets tough, or to set up false feints and leave an enemy unit in a poor position, ready to get pounced on by other units. Due to ATSKNF, falling back is often nothing but a benefit with very little risk unless you’re near a board edge or subject to the Trapped! special rule.

The Talon Strike Force requires the usual 1-2 core formations, 1+ auxiliary formations and 0-2 command selections, and all units within it must be Raven Guard. Beyond many of the usual suspects from the Space Marine codex, it also gives you a ton of very cool formation options, which we will cover as this series progresses!

Here’s a video of a live game from our Twitch channel wherein I play the Talon Strike Force vs. the new Tau Hunter Contingent. Check it out if you are curious to see it in action!