You are here: Home › 40K › GW to FAQ the Tau Coordinated Firepower Conundrum? 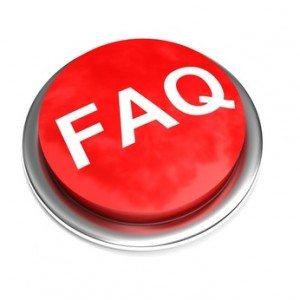 Hey everyone, Reecius here from Frontline Gaming to continue the ongoing discussion on how to read the “Coordinated Firepower” command benefit for Tau, and GW may actually say something about it?

You all may have read my article form last week wherein we discussed the new Tau Hunter Contingent Detachment and the Coordinated Firepower command benefit it gives. In it, we explored how the units in the detachment joined together to contribute their firepower to one another and what the implications where. It turned out to be quite a hot topic! Thanks to everyone that contributed to the conversation. What we saw with certainty is that there are some strong opinions on both sides of the line with this topic.

Some intrepid gamers reached out to GW to ask for input and apparently, someone got a reply! Now, to preface this, please don’t take this as official or RAW or what have you (we don’t even know if it is authentic), this is someone apparently from the UK White Dwarf staff giving their opinion on the matter. We don’t want to throw anyone under the bus or put them on the hook for anything, so let’s all just take this as what it is: what appears to be a friendly customer service email from a GW employee.

So first of all, good on this individual for taking the time to answer some questions. We often get the feeling with GW that the rules of their game are there to simply drive sales of models and are purely fire and forget, leaving their customers to sort out how to deal with ambiguities.

Now, to actually look at what is said, it appears that they do actually intend for the models to share special rules which is shocking to some (non Tau players), and pleasing to others (Tau players! haha). Despite not agreeing that that would be the best way to run with it, I am fine with getting a response at all (assuming this ever gets an FAQ or some form of official recognition, which it doesn’t seem like it will). What is a bit alarming is the dismissal of the second part of the question which is what really makes the Coordinated Firepower command benefit potentially no fun: can units with the ability to fire on multiple targets do so and still get all of the various bonuses?

That is the real issue here. Being able to nuke a single unit to high heaven will be a real bummer for players with single model, high value targets (Knights, expensive tanks, MCs, etc.) as they will likely be picking their models up with no recourse, but the ability to link an army of models together into 1 super unit that fires at every enemy unit on the table with the aggregate of every special rule of every model contributing is–to put it lightly– a concern. 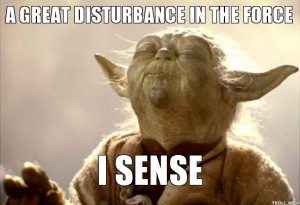 So, for example, you have Darkstrider and Buffmander in your army. They form a Coordinated Firepower team with a unit of Stormsurge and a large number of suit units, all of whom have Target Locks. They are able to target every unit in your army with at least a single model or group of models. One unit is on a Skyfire nexus and the entire army potentially has Skyfire? Seems odd when you consider the ability for Tau units to so easily target multiple units. A single Crisis suit unit of 9 models can target 9 different targets, for example.

A lot of folks are looking to the wording of “these units must shoot the same target,” in the Coordinated Firepower command benefit to somehow override the Target Lock/Split Fire/GMC shooting rules. However, I don’t see it (as much as I’d like too, lol). The Coordinated Firepower rule is referencing units, not models or weapons. The normal rules for units shooting have the same verbiage:

If the word “must” somehow overrides all other clauses, then Target Lock, Split Fire and GMC shooting rules would never work in the first place. These rules allow specific models or weapons in a unit to fire at a different target than the rest of the models/weapons in a unit.

The only issue with that, is that it becomes hideously overpowering to run with that reading of the rule. You simply write a list that takes maximum advantage of it and every time you shoot, every model in your army gets every special rule of every other model in your army, and you fire on every enemy target you can see, which is silly. Considering how out of proportion that is with anything similar in any other faction in the game, you have to question if that was intent? The GW employee’s response doesn’t answer it at all but at least does indicate that they have a response coming for the “how many weapons can a GMC shoot?” question that some people struggle with. (And as an aside, I will bet dollars to donuts they didn’t give the Stormsurge 5 different weapons systems so that he could only shoot 2!). So, while I applaud any effort GW makes to support the rules portion of their products, if they do so, I simply ask them to please consider all of the implications of a ruling and fully answer the question. If they don’t answer the more important part of the question (can they shoot multiple target units?), we don’t really have the answer we need and are left in the same spot we started. 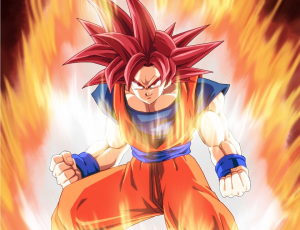 In the end, RAW, RAI, etc. are not what matters, anyway. What matters is how you choose to interpret a rule when you play with your friends. I like Jervis’ statement to choose the less powerful interpretation of a rule when there is confusion on how to read it, but the temptation to go maximum power is certainly real. We can all understand that. This is also the design team that quite clearly invented the 2+ rerollable invulnerable save, the 1+ Feel no Pain save, etc. etc. etc. Choosing as a community to go with a rule interpretation that provides the most fun for the most members of your group is the right call to make.

My suggestion would be to play test it with friends with the various interpretations of the rule. From maximum overload, to the more conservative reading and see what works for you! Perhaps in your meta the mega powerful version isn’t so bad because everyone plays at that level. Or, your group is more fluff oriented and you find that an army of twin-linked, ignores cover, +6″ range, tank/monster hunting units wherein almost every single model fires at a different unit is a tad bit much, lol. That will ultimately be up to you.

For organized play, we have to have a common set of rules in place before everyone shows up so that you have a level playing field. For our tournament system, the ITC, we tend to go with the more conservative reading of rules, but leave it up to the community to decide. In this instance, we’ll have to work out how we want to play it. It can be difficult to strike a balance between fun for the player with something and the player facing it, but we have dealt with these type of situations many times in the past and will continue to do so going forward.

How are you all playing Coordinated Firepower and how has it impacted your meta? 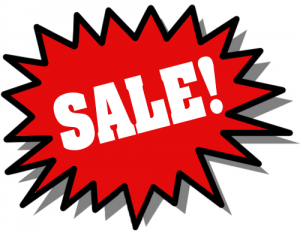 Also, get pumped for the upcoming Horus Heresy boxed set! As seen in the awesome GW YouTube video, pre-orders go up on the 7th. You can order yours from Frontline Gaming for 25% off of retail! Send your orders into Orders@FrontlineGaming.org

87 Responses to “GW to FAQ the Tau Coordinated Firepower Conundrum?”