Do you write back stories for your armies? I Do!

You are here: Home › 40K › Editorial › Do you write back stories for your armies? I Do! 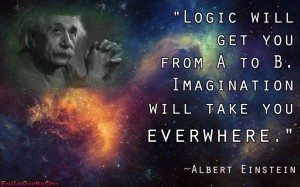 Hey everyone, Reecius here form Frontline Gaming to talk about something fun: making pew pew noises with your toy soldiers!

Miniatures wargaming is a radical hobby not only because it involves lovingly building armies that are set in a cool universe and then playing games against our buddies with them but also because so much of it can be done in your mind, anywhere at any time. One of my favorite pastimes when I need a mental break is to write an army list, exploring a concept based on the fluff, or an army theme, etc. Sometimes, I just think about the setting of a cool game and all of the stories and fun ideas presented in them.

40k is a game that really lends itself to forging a narrative, so to speak, when building your army. One of the true strokes of genius in this game was the designers leaving the ability for the individual gamer to personalize their experience with it. You can create your own Space marine chapter (of which I have two!), your own regiment of Astra Militarum (like my own Tartarus 151st!), your own Chaos Warband, or Eldar Warhost, etc. With that freedom, you can really go nuts creating something unique to you that reflects your personal taste and style. 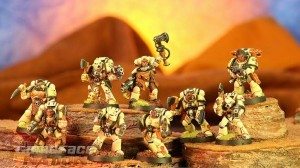 What I want to know is: how far do you all go with it? Do you, like me, create entire back stories and fictional characters to really bring your army to life? I love doing this as in my mind, I become more fully immersed in and attached to my armies when I do this. They become uniquely my own creations while still being rooted in a recognizable setting so that other gamers can easily recognize what they are looking at but remain intrigued to know a bit more.

Do you all do this with your armies? If so, share some of the ideas, pictures and stories in the comments section. If you have not done this, consider giving it a go! Even if it is just light hearted and funny (my friend’s Nurgle Chaos warband is lead by the mighty Daemon Prince, Lord Chlamydius, lol!) it really does further immerse you into our awesome hobby. I actually have linked many of my armies to one another in my own stories, such as my Tartarus 151st Astra Militarum regiment, with my Red Tigers Space marines (who recruit from the same planet), who often interact with my Inquisitor Razmus and his merry band of Assassins and Henchmen! They of course, are arch enemies of my newly emerging KDK army and frequently battle my Tyranid hive fleet, and sometimes fight with or against my quixotic Eldar army!

Don’t be afraid to seriously nerd out and give it a go, even if you don’t show it to anyone else, it’s fun! And if you feel bold, post it on a forum or blog and let others enjoy your imagination, too!

28 Responses to “Do you write back stories for your armies? I Do!”