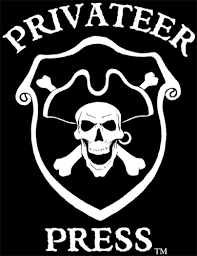 Frontline Gaming is pleased to officially announce that Privateer Press will be attending the Las Vegas Open 2016 in force!  They will have several booths set up to show off upcoming releases as well as meet and talk with fans of their game systems.   Our 150+ player Warmachine/Horde tournament still has space left so if you haven’t done so already go ahead and grab your tickets here.

We are also pleased to announce that Miranda, aka WarGamerGirl, will be attending and participating in the Warmachine/Horde tournament at the Las Vegas Open 2016.  Miranda is a Privateer Press fanatic and will be creating a series detailing her preparation for the tournament in a series on her Youtube channel, which you can check out here.

← Signals from the Frontline #382
Do you write back stories for your armies? I Do! →