A New, Newer direction from the GW Marketing Team?

You are here: Home › 40K › A New, Newer direction from the GW Marketing Team?

Rawdogger here to talk about what the hell the Games Workshop development design team is smoking, and to inquire as to if they have any to spare for a homie. The latest (mostly confirmed) rumor is that the upcoming Tau Codex will be nothing more than the current Tau codex updated to include the info from the new kits that have been released and nothing else. No update to the point costs of non-updated units and wargear options, no sparkly new formations where they get free wargear items for purchasing a certain amount of models, nothing. Huh.  It appears that there will be a campaign book released that will not only include the rules and stats for all the new and updated models we’ve seen released these past three weeks but will also most likely be stuffed with sparkly new formations that give them free wargear items if the customer purchases a certain amount of models. HUH?! So basically Games Workshop is giving current Tau players 3 options. 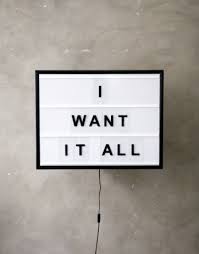 Look, it’s no secret that the design team is actually just the marketing team at Games Workshop. Every point you see, every word in the description of a new model’s wargear is designed in a way that will maximize sales of their product (models). We know this and now let’s move on.  I’m mostly shocked to see such an abrupt change in the codex design and release.  When 7th edition hit we were given a couple of codices where it seemed that Games Workshop understood the madness in power levels and were actively trying to tone it down. If I recall we had the Grey Knight, Ork, Blood Angel, and Dark Eldar releases during this time period and though a lot of powerful stuff in the codices was removed we got a kind of collective sigh of relief that finally, FINALLY, someone at Games Workshop was starting to bring the ship under control.  Well, apparently these minimalist codices just weren’t moving enough models and the bottom line began to take a hit, so we began the era of the SUPER CREEP.  No, that’s not what the girls call Reece at the club on Friday  nights, the super creep is the era of the Necron, Eldar, Mechanicum, Space Marine and Dark Angels codices.  GW turned it up to 11 in terms of in-game power levels and began the marketing program of free wargear items and models if certain units were purchased, conveniently including the newly released kits.  This isn’t a critique, believe me.  I appreciate a good marketing program and just going off the anecdotal experience of taking orders and shipping out Games Workshop product to customers the program seemed to be working, big time.   Keep in mind, all of the releases that I just touched on were over the course of at most a year and a half.

So why this supposed change?  Of course we don’t officially know just yet if this will be the case but if this DOES hold out to be true what the hell is going on in Games Workshop to warrant such a radical change?  Personally, I think the new method of keeping a codex unchanged and just updating some of the units and adding new units when new models are released is the right way to go about it.  But what about the Orks? What about Chaos Space Marines?  If those two armies don’t get a complete overhaul they will ALWAYS suffer from the same issues that they currently suffer from.  Eldar got a power boost that shot them through the moon, why are the Tau remaining as they were?  Why was the Blood Angel codex so poorly written and needlessly nerfed?  What really concerns me the most is the inconsistency at which these codices are being released.  I was OK with the period of toned down releases and I was OK with the era of super power and free stuff, as long as all of the codices were eventually brought into line.  But here we are again with a complete 360.

I kind of understand the direction the GW marketing team is going with this new release.   Instead of having to pay people to play test changes to a codex or analyze what new wargear options should cost point-wise, they simply have to copy and paste the old codex, throw in a couple of new and redesigned model kits to boost some sales, and throw a bunch of formations that reward purchases into a new $75 campaign book and call it a day.  They not only get the existing player base to purchase the new and redesigned kits and the new campaign book with the new unit stats and formations but they get any new Tau player to purchase the models, the “new” codex, and the campaign book (remember the formations will not be in the codex).  From a pure sales tactic it is fantastic and I applaud them.  However, from a rules and game design standpoint it is lazy and really disappointing. I know I will get a lot of flak in the comments for being cynical and for being a GW hater but it’s simply not true. I can’t be the only one that is just frustrated by the inconsistency I’m seeing with increasing frequency from Games Workshop.  I know they don’t owe me anything but I don’t think it’s too much for them to listen to the fans that want a tight rule set with some semblance of balance.  We have been hearing over and over that they are a company that sells models and most of their customers are not gamers but collectors and unfortunately if the rumor turns out to be true it would just re-affirm the community’s fears that they are hell bent in their path to make these statements true.

So what do you think? If the rumors are true are you ready for the new marketing push of adding new models and updating older ones and just leaving the codices alone?  Are you like me and wish they would spend more time trying to fix what is wrong with current codices instead of trying to push the latest models or formations on the customers? Let me know your thoughts.

24 Responses to “A New, Newer direction from the GW Marketing Team?”