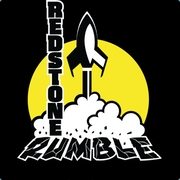 Now that the dust has settled a bit I can take some time to give a quick rundown on the 2015 Redstone Rumble Clash of Kings event held in Huntsville, Alabama.

The Clash of Kings event was a part of our larger annual event taking up about half of the ballroom. The remaining of the main ball room (and side rooms) being taken up either by 40k, Infinity, or Bolt Action events. As of today (6 October 2015) it would appear that we hit the largest US Clash of Kings participation to date! We are really excited that we were able to hit this high water mark right out of the gate as this was the first year we ran Kings of War.

Thanks to some help from Frontline gaming all of our tables were covered by their FAT Mats.  If you haven’t gotten a chance to use them I would strongly suggest it.  They really are a nice way to kick up the game to the next level. 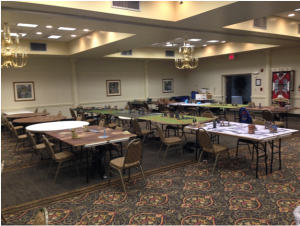 The Calm before the storm. 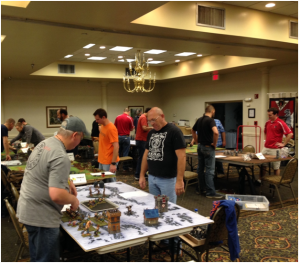 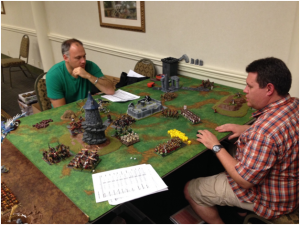 Close up showing a Varangur vs Elves match up.

As for terrain I went with 7 pieces per table with the players alternating deployment of the terrain.  I’ve tried doing preset terrain in the past and the players end up just moving the terrain anyway. So instead of fighting it I embraced the chaos!  The plan was for every table to have a couple impassible pieces, a couple difficult terrains, then a couple odds and ends thrown in.

The event was 2k, 6 rounds, 2.2 Beta lists allowed, out of the box rules.  For the Rumble I normally change things up a bit, but with the ruleset being so new it seemed unwise to tinker with anything that much.  So we played out of the box missions, but I did add a bonus objective to each mission worth between 150-300 victory points if it was accomplished. Nothing added was too crazy, but enough to keep things interesting for the players who may have already played all the missions once or twice.

Our final rankings are below, which included a decent bit of an army spread.  Historically we have a much larger breakout of armies, but we had a large number of ex-GW players who were using their old armies while they painted up their news ones. The event was very successful as there were a large number of ex-fantasy players stopping in to check out the new game.  I full anticipate we’ll double our attendance next year if not more.  It was nice to have more questions about my packet than the rules of the game, as a Tournament Organizer (TO) that is amazing.

We did take some feedback from the players on set up/organization for next year.  One thing we will most likely do is go to 4 games on Saturday then 2 on Sunday.  We have multiple players that traveled 5+ hours and anything we can do to get them back home in a timely manner is preferred.  People were fairly surprised we finished as early as we did Saturday.  We’ll also most likely end up adding in more vendors as well; this year we had two (one who carried Mantic products) they will be expanding their Mantic line for next year’s event. 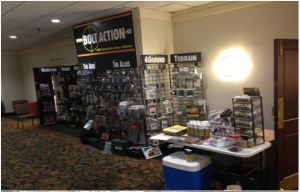 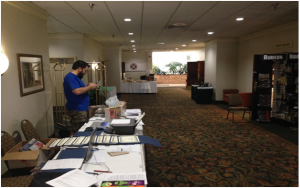 All in all we had a great time and a big shout out for Mantic is required.  Not only did they create a great product with Kings of War, they actively supported our event! I know I look forward to both playing and TO’ing their games in the future.  Kings of War went so smooth that I bought into the Warpath kickstarter(hoping lighting strikes twice) as we had a large number of that other game sci-fi round basers looking into KoW as we were having such a great time.

Posted on October 18, 2015 by Reecius in Tournament report