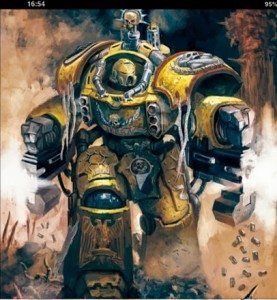 Oh Centstar, how I love thee, let me count the ways.

I love thee freely, as the imperium of man is Right.

I love thee purely, thy psykers I do Praise.

I love thee with a grav cannon put to use.

I love thee with a love that comes and goes as I lose.

Smiles, tears, of all my life! Except for mishap ones.

I shall love thee most when my opponent meets death.

All mini sonnetry aside, I still have love for my Centstar. It is a powerful concept that is high risk, high reward. Some people give out guff for playing a deathstar list (nudge nudge reece reece), but in the land of Wraithknights, LOW units, Battle Companies, Green Tides, Daemon summoning, and the like, those comments slide off like fried eggs on a Teflon pan. That is they stick and burn until my house is on fire and I’m calling 911.

Lately though, I’ve tried some different variations of my Centstar list. I have a hard time playing the same thing over and over and I’ve wondered how I can still play my Centstar list (going for best Grey Knights) but tweak it so that it is different enough to be fresh. Right now I’m just playing with some things to see what I like and don’t like. It brings some spice and gives me something to think about week after week. Lets take a look at some of these variations and what they can offer.

First off lets take a look at my Centstar and what I go for when creating it. My Centstar consists of Draigo, a GK Librarian 3+ Centurions with Grav Cannons and an Omniscope, then Sevrin Loth. Others use Tigurius, but man, Tigurius has failed me so often it makes me cringe. I think I’ve succeeded in getting the power I’m going for like 30% of the time. It bums me out. I like that I can plan around Invisibility, Prescience, and Gate. 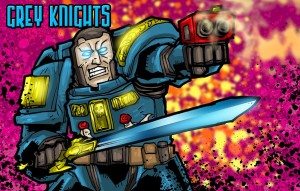 Thoughts: This list excelled at the old ITC missions. It did well at getting First Blood, Slay the Warlord and Linebreaker, as well as being hard for me to give up first blood and slay the warlord as well. It also did well overall with Maelsrom and the book objective missions. That changed when the tertiaries went to more board scoring missions like Ground Control and Table Quarters. Not to mention Big Game Hunter is easy to pick off of this list. 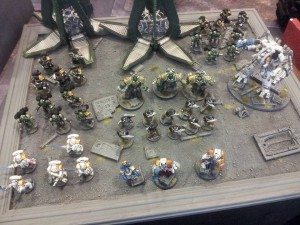 Thoughts: Overall this has been pretty solid. I was at table two at TSHFT and ended up losing a great close game to Mason from Hobby Hawk studios and his Deathstar Void Shield orks. The Void Shield was super annoying and I guess I could have gone after it with the Dreadknight but didn’t feel I could take it one volley.

I like this variation as the Sanguinary Priests add extra durability with FNP and give each Centurion squad a poor man’s Perfect Timing with the Auspex. Lowering a units cover save is a huge feature that can really come into play being the difference from a dead squad or unit or one that is still kicking and scoring.

One thing I’ve thought about is adding Missile Launchers to the Centurions. This would give some more Void and Vehicle busting power, but still have some troop killing ability with the frag option of the missiles. Something I want to try out soon for sure.

Thoughts: I found this idea on the Fronline Forums and thought it sounded interesting. While this Centsar lacks the durability and protection of guaranteed Invisibility and FNP, it was a ton of fun to play with. Lots of mobility and bodies gives me a lot of scoring potential. The Captain ends up being Draigo’s wound caddy saving the Chaplain for hand to hand buffs, but the rest of the army still has a point in scoring and adding some firepower with the Razorbacks.

I played a game against a scary Eldar list with the Crimson Death Formation, the Aspect Host formation with 2×10 Warp Spiders and 10 Dark Reapers in a Wave Serpent along with 2×3 Scatbikes, a Farseer and a Wraithknight. It was funny as his list was an elite hard to kill (as a whole) list and mine had scoring bodies out the yin yang – something I am used being on the reverse side of. We played ITC mission 4 – Scouring, I pulled it out with the Primary, Slay the Warlord and Big Game Hunter. The end game had me with multiple objective secured units on every objective except one. I was exhausted moving so many things around the table! I really enjoyed it though and want to test it out a bit more. For Chapter Tactics I went Salamanders as I thought it would be the best all around tactic that could save me from a Heldrake or other ap3 flamers.

I haven’t been able to try this list yet, but I have been itching to do so. I think It will have some nice chops against Battle Co and heavy marine bodies with the Acheron’s S6 AP3 mega flamer. Cents and Little Guy (Dreadknight) pop some transports and the Acheron (Big Guy) lights them up. Then stomps on them. Should be fun. I really like the idea of a big knight complementing the Centstar. I’ve also been looking at the Imperial Knight Warden with all its shooty goodness as it should bust Void Shield and Battle Co’s a good bit. I’d loose the BA portion and FNP, but it could be worth it. I’d like to bust out my Knight again and think this could be fun. 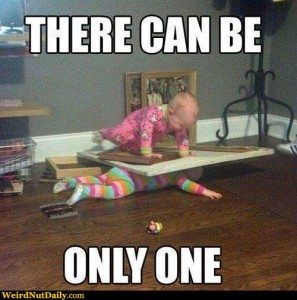 Thoughts: Tons of psychic power and good scoring potential. Jy2 is the top Grey Knight player with this and it is a testament to how durable it can be.

Inquisitoral Henchmen (unsure of his loadout seems to be small squads with a couple of psykers and some meltas.)

Well there you have it, enough Centstars to put in a bag whirl it around your head and shout Table War! Anybody that gives you guff gets a bag of Censtars to the face. TO THE FACE! Eat it fatty!

Some people don’t like Deathstars, but this Deathstar isn’t like a lot of others, the Censtar is fickle and the game can change on a dime if you don’t get off key powers, as has happened many times. The psychic phase becomes a minigame all itself as you have to make sure certain powers go off, hope your psykers head doesn’t explode, then cry when the power doesn’t even go off and your super powered unit is floating in the wind with a ton of ap2 bearing down on its face.

In the end play what you want and don’t complain too much as this game is off the charts in terms of power levels and wackiness! Go 40k!