Why are many of the 40k assault armies not good at assaulting?

You are here: Home › 40K › Editorial › Why are many of the 40k assault armies not good at assaulting? 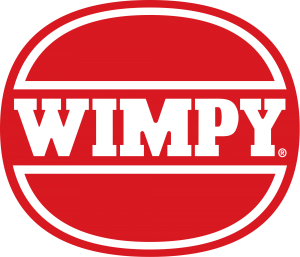 Hey everyone, Reecius here from Frontline Gaming to discuss a funny fact of 40k: many of the scrappiest armies in the fluff are actually awful on the tabletop!

It’s always struck me as funny how far the fluff is from the rules in 40k in many instances. Nowhere is this more evident than in some of the so-called assault armies of the game. A good melee army needs the following:

Let’s take a lock at a few examples of so-called “melee” armies that lack the above, shall we? Let me know if you disagree with me on any of these. I’d love to learn some new tricks on how to turn my assault army frown, upside down!

I love my Orks, but I play them enough to know a few things:

Orks basically fight like bullies: pick on the weak, run form the strong! This goes with the fluff a bit, which I can appreciate, but Orks look for strong opponents to fight, too! Simply giving them access to melee invul saves (make the KFF work in melee for Orks, too, perhaps? Make Cybork Bodies a 5++ again?), altering Mob Rule to be a hair less punishing and beefing up their walkers a bit will go miles to making Orks scary in melee. Particularly the Gorka and Morkanaut. Instant way to increase sales on these bad boys by 1,000%? Make them Super Heavy Walkers as they should have been from day 1 and he goes from dud to stud overnight. Profit! 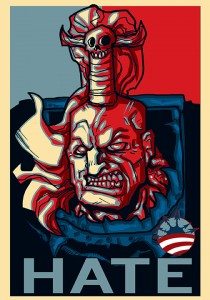 I remember when a Berserker was actually scary in combat…..those were the days. Chaos needs a MAJOR overhaul to be anything close to good in melee. Outside of a handful of units, they are exceedingly poor in melee. Even in a KDK army–which is an awesome book, IMO, and does assault well–you never see Chaos Space Marines outside of the obligatory Bikers for the Gorepack formation or the occasional Chaos Lord. Changing some core rules such as no longer having to challenge and providing some means of morale control outside of a very expensive banner that can be removed form the unit would go a long way to helping. Not requiring the purchase of an Apsiring Champ, and providing Chaos with a solid means of getting into combat would be huge benefits. And besides, Chaos deploy via Drop Pod in the books all the time. Slap some spikes on that kit and let’s get ‘er done, GW! 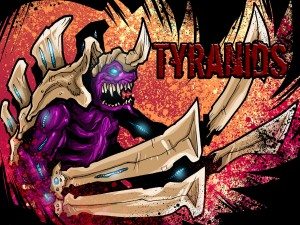 Codex Flyrant, er, I mean Tyranids, also are rarely seen engaging in Fisticuffs. They are often seen flying through the air with the greatest of ease, spitting strength 6 worms of death everywhere but that’s about it.

Tyranids need a little help and it can come in several ways. Assault grenades for high initiative units like Genestealers and Hive Tyrants, for one. Increased speed for TMCs for another. Yeah, make that Haruspex move like a Beast and all of a sudden, he’s beastly! Make something like Onslaught an aura ability from a support Bug so the Gribblies can run and shoot to cross the table quicker. Hell, the entire Eldar army gets a better ability automatically, lol! Give Tyranids access to Telepathy and Biomany, again. Powers like Iron Arm and Endurance would be really cool for Tyranids, there was no reaosn to take it away in the first place to be honest. Also, invul saves in some fashion would help a ton. Again, make it an Aura ability so that it requires tactics to implement. TMCs are surprisingly squishy, having an ability to buff their defense a bit would go miles. FnP only does so much as many things in the game now deny it, such as D weapons. 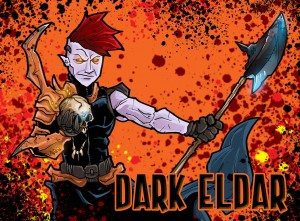 Now, to be fair, Dark Eldar are not billed as an “Assault Army” per se, but many of their assault units are SO bad. Like, wow bad.

Dark Eldar could be awesome in melee with some small tweaks. For one, just give the poor buggers grenades! Give them the means to boost morale with stubborn or fearless, too. An expensive, fragile melee unit is a huge liability. And Hellions, geez, give them Move Through Cover, please. An expensive model that needs to be in cover to survive, that potentially kills itself everytime it moves through cover is not a great game plan! Wyches,…just give them all the option to take Haywire Grenades and they become good. If the bleedin Swwoping Hawks can do it, plus move 18″ plus yo-yo hop around the table blasting fools, and oh yeah, assaulting flyers with said Haywire grenades, too, the poor Wyches can have them, too says I!

So there ye have it! Am I being a big cry baby and simply lack the tactics to make these armies work as they are supposed to or do you all agree with me that they could use a little help? What units do you think need a boost in combat ability?

116 Responses to “Why are many of the 40k assault armies not good at assaulting?”