Hello everyone Frankie here to talk about the Hammer of Wrath GT we all just attended this last weekend. I decided to take my Dark Eldar instead of bringing my unfinished Battle Company. This will probably be the last run for the old Dark Eldar at least for a while. Be sure to check the tactics corner for more great bat reps!

We headed out to Game Empire Pasadena–which is an awesome store–early on Saturday. The field had some great players which is always a big part of shaping a great tournament. The field was flooded with Battle Companies and Khorne Daemonkin, both armies my Dark Eldar do not do well against. My first round I pull one of the Khorne players who was running 48 Khorne Hounds. I was quite worried as my poor Venom’s don’t stand a chance if charged by the Hounds. He gave me first turn and decided not to scout which seemed odd to me. I was able to shoot the Khorne Hound unit with his Chaos Lord bringing the unit down to 7 hounds and the lord down to 2 wounds. On his turn he ran the unit with the lord straight towards me. Anther unit of Khorne Hounds moved along the right board edge and the last unit stayed in his back field. Not sure what the plan is here but he is for sure funneling me into the corner. My next turn I get a couple fliers and am able to kill the Hound unit with the Lord leaving him by himself. Unfortunately it took all my shooting to kill the hounds so the lord gets to live this turn. My opponent gets his Helldrake from reserve along with two, 3 man bike squads. The bikes come out on the right flank right next to three Venom’s and one flyer. The Helldrake flames and kills two Venom’s along with the brave men inside. My opponent shoots his bikes at my flyer and unfortunately doesn’t hit. My next turn I hammer the nail in the coffin, the Talos make combat with the lord and a unit of hounds and one of my flyers kills the Helldrake with a lucky Dark Lance. Unfortunately my opponent wasn’t able to recover from that and I ended up winning. Dark Eldar 11-1 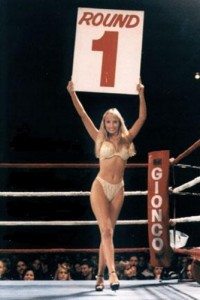 Next round I pull a Battle Company, haha. Well this is going to be very difficult for me, his list had 8 Droppods and 8 Razorbacks along with 2 Iron Clads. I am going to need my Talos to pull there weight this round. I only deploy the Talos in fear of the Battle Company dropping in flamers. My opponent went first and dropped in 2 five man Sternguard squads and both Iron Clads. The first unit of Sternguard shoot into the Talos and deal 8 wounds with preferred enemy. I end up failing 6 saves… totally average. The other unit shoots into the Talos and are able to deal 2 more wounds. Well remember when I said in the beginning the Talos will be the key… My turn one I am able to assault one of the Sternguard units and a Droppod killing both quite easily. That’s one bonus point towards the Maelstorm for me. The next turn he is able to kill all the Talos by dropping in his last Sternguard unit and Command Squad, along with a little help from the Iron Clads. Well this is going to be an uphill battle! At one point I did 18 wounds on his command squad from my Razorwing’s missiles and he saved every one. Haha, all I could do was laugh and take the punishment. The game ended on turn 7 with one flyer and a few warriors still alive. Dark Eldar lose 0-11 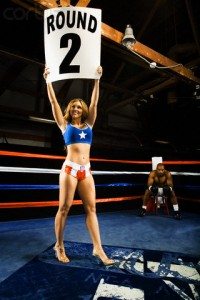 Dang after that loss I need a pick me up. I pull a good buddy of mine who is playing Khorne Daemonkin, another bad match-up but always a blast to play against. His list has 2 Soul Grinders, 1 Mulerfiend, 2 Helldrakes, Hounds and 2 lords. Going to be a tough match with all those vehicles. He goes first and runs everything up the field towards my army, which I had deployed in the corner. My turn I shoot all the Talos at one of the lords which I can see over the center piece of terrain. He is able to look out sir most of the wounds but I bring that Lord down to 2 wounds and kill about 4 hounds. His turn 2, one Helldrake comes on and is able to kill two Venom’s along with 3 units of Warriors, haha perfect! I should have spread out my vehicles more but oh well. He also charged into the Talos with the Hounds and the Maulerfiend. He ends up killing one of the Talos with all the attacks. I am able to kill the Maulerfiend thank goodness. My turn two I really need some good luck here, but unfortunately only get one flyer in… I put both Dark Lances into the Helldrake but was not able to scratch the paint. His turn his other Helldrake comes in and is able to kill my flyer with the vector strike. He flames in and kills one more Venom along with the crew. His Terminator unit with 3 combi-meltas drops in and kills a Venom@*&^((* who the hell takes a Terminator unit anyways, haha? What’s even better about those Terminators is I fire everything I have left at them and they make every save. Every dog has his day and today was not mine. The rest of the game is comedy gold with not hitting any Dark Lance Shots and his lord not rolling any 6’s to kill my Talos. The game ended on turn five with 1 Talos still alive and 2 Flyers. Dark Eldar Lose 0-11 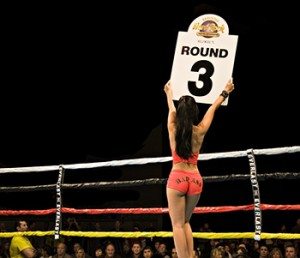 Day two I pull an awesome Chaos Daemons player with Belakor, Fateweaver, D-thirster, Screamers star, and a Khorne Hound unit with a Hearld. This will be a fun game and I actually win first turn. The Mission is kill points which is always tough for my army. My opponent Scouts forward with the hounds. My first turn I got for the Alpha strike killing Belakor, D-thirster, and Dealing all but one wound to Fateweaver. Very Demoralizing for my opponent as he was rolling very poorly, 8 wounds to Belakor 4 ones… His turn he runs forward with the hounds which he threw the Grimore on and flys his Screamer star forward. He is able to Summon a new Hearld and a unit of Pink Horrors. He Also rolls a 12 on the warpstorm and gets another unit of Pink Horros, haha. My turn I get two flyers on which punish the Screamer star killing the whole unit with a little help from my Venom’s. His turn two, Fateweaver comes back on the table and kills a flyer with a risky Flickering Fire 3 warp charge. He also charges the hounds into my Talos and rolls 4 6’s with his hearld…. Well that changes things lol. Luckily the single Talos stays alive for 2 more turns while the rest of my army does clean up. Going into turn five I was worried as he was destroying me on the Maelstorm but I was ahead on kill points. The Hearld bursts out of the combat and moves towards all my Venoms which are grabbing me the tertiary’s. The one roll to rule them all and the game ends. Close game! Dark Eldar win 7-5. 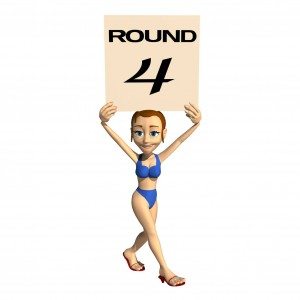 Last game of the tournament, let’s see if I can finish with a winning record. I pull a guy that is playing an interesting list. He has the Cohort  Cybernetica with eight robots and the detachment with all the assassins. This will be an interesting game as I have never played against the Cohort unit. I win first turn again and start the punishment on the Relic mission. the Talos are able to pick up the relic since they scouted forward and rolled a 6 on difficult terrain. I shoot 3 Venom’s into the Vindicare and kill him with his 3+ cover save. The rest of my army shoots into the Cohort and my opponent makes all his saves. His turn he split fires all the robots into all my Venom’s but my saves are crazy hot and he is not able to kill any of them! That never happens to me, lol. My turn two flyers come on and put some more shots into the Robots which my opponent again saves everything I throw at them. The Talos continue to back up towards my board edge and my Venom’s are able to kill the Eversor. This turn goes a bit better for my opponent and he is able to kill one flyer along with 3 Venom’s. The rest of the game goes like this: I back away from the Robots and do nothing to them while killing the assassins. The game luckily ends on turn 5 with me holding the relic and picking up the Tertiary’s and him winning on Maelstorm. Dark Eldar win 7-5. If the game had gone on he would have charged the Corpse Thief and probably killed them with all those Powerfist attacks. 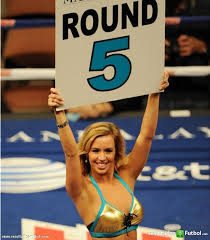 All said and done the event was a lot of fun! Big shout out to Travis and Game Empire for throwing an awesome event. Great players and congratulations to Coop Juice for winning the whole thing with single CAD Space Marines list. At least the old Dark Eldar went out with a winning record and hopefully they will see that top table  in the future.

Thanks I was pretty happy with a winning record.

Good report. Was that julios bc?

Doesn’t seem like it has any teeth, though. Really just the Ironclads that are at all scary, IMO.