Unless you’ve been in a court mandated hiatus from the internet due to alleged drunken stalking of an ex girlfriend which totally happened to a friend of yours, you might have noticed that there has been a slight disturbance in the wargaming forums as of late.  No, Matt Ward has not signed on to write the latest Night Lords novella for the Black Library, which would be totally AWESOME!   We have instead had the confirmation that Games Workshop has officially pulled the plug on Warhammer Fantasy.  While some had held up hope that the upcoming Age of Sigmar release would be an introductory box set into a 9th edition Warhammer Fantasy, multiple sources (included every GW rep on the planet) have emphatically declared that Age of Sigmar IS the new game system and there would be no new editions (or support) of Warhammer Fantasy. 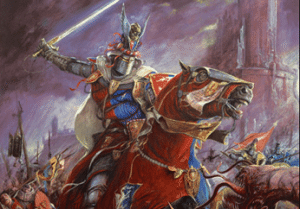 The trickle of  information released of the simplified rule set as well as details of how the game is to be played have caused a slow burn of hatred and resentment towards Games Workshop  that seems about ready to boil over.  On one hand you have Fantasy players who rightfully feel burned by the company in which they have spent considerable time (in some cases decades) and money on a game system that has been cast aside by its creator.  Joining them in the chorus of hatred are players who do not or have not played Warhammer Fantasy at all but are enraged by the overly simplistic and unbalanced rules set that Games Workshop have created for the new system.  On the other hand we have enthusiastic players who are thrilled to see a new game system that can be quickly picked up and played by anyone with a few bucks in their pocket and a beer buzz on their brain. 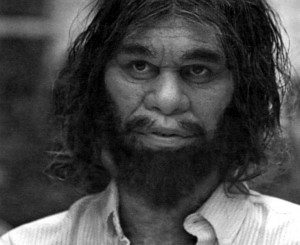 For me, I see both sides of the argument.  I was brought into the hobby by a friend when I was 12 years old or so.  He had the Warhammer starter box with the Lizardmen and Brettonians, and though he made me play the stupid lizards while he got to control the regal knights and their retainers, I was instantly hooked.  My parents didn’t have enough money to buy me a lot of models but they did get me the High Elf codex as a birthday present and I would spend hours and hours sitting in my room listening to the Aquabats and reading about Eltharion the Grim and Grom the Paunch duking it out on the shores of Ulthuan.  Though I never had the money as a kid and fell in love with 40k after returning to GW as an adult, Warhammer Fantasy has always held a place in my heart and seeing such an iconic and nostalgic games system thrown into the bin as so much trash certainly does not sit well with me.  I’m a realist, however, and I know that Games Workshop is running a business.  The simple fact is the models from the Warhammer Fantasy line were not selling and through a series of baffling moves including increasing the unit sizes AND raising the cost of the models themselves Games Workshop effectively shut out any new fans they might have found.  Though we might long for the days when Games Workshop was run by a fat bloke and a Jervis Johnson with hair, the fact of the matter is that once they accepted people’s money and became a publicly traded entity their number one job was to pay dividends to their shareholders.   So in typical Games Workshop fashion of throwing the baby out with the bathwater, the decision was made that it was time to let Warhammer Fantasy die off and a new age of fantasy skirmish battles to begin.

To be honest, I think the whole thing could have been handled with a bit more finesse.  Telling people that Age of Sigmar was going to be a new version of Warhammer Fantasy (or at least not DENYING the claim) was completely irresponsible.  Age of Sigmar is an entirely new game system which has some loose attachments to classic Warhammer Fantasy.  Telling players that their old models will still be used in the Age of Sigmar is also a poor move as yes, technically your old Swordmasters will be useable in the game but they will not be the tough bastards you so lovingly purchased, assembled, and painted over a month long period.  Old models will indeed be useable via PDF Warscroll downloads, but they will have the same streamlined rules that the new releases will have.  As the game progresses and more and more new factions of Orruks and Aelfs (wtf?) are released we will see the gradual fading away of the old models and units as older gamers leave the hobby and new ones take their place and have no idea what Warhammer Fantasy even was.  Of course, these are just my personal opinions written late at night as I scramble to hit my deadline but they are written with true emotions.  I am sad to see the death of such a long running and beloved game system and universe such as Warhammer Fantasy.  The slow death and disappearance of the characters and units that populated it’s universe will be equally as depressing.  I am also excited to see if Games Workshop’s gamble will pay off.  Will we see the throngs of gamers young and old clamor to play a game with amazing looking models and a simplistic rule set?  Hell, it’s worked for Fantasy Flight Games, why shouldn’t it work for the old boys in Nottingham as well?

So what are your thoughts on the new system Age of Sigmar?  Enraged at the of the classic Warhammer Fantasy or excited to take part in a brand new game system from Games Workshop?