In the Era of the Eldar, What’s a Lowly Space Marine to Do?

So here we are again, hot off the release of the new Eldar codex and things are indeed as dire as the sages predicted. D Slangin Wraithknights, Scat Attack Jetbikes, and Fast As Lightning Warp Spiders are just the tip of the spear. That is of course the spear that you’ll be removing from your anus presently. I find myself in the familiar position of taking inventory of the models I have and building lists meant to counter the inevitable killer Eldar builds I will likely see on the tournament circuit. As a Space Marine player I ask myself what can my lowly 8 foot super soldier in advanced suits of Power Armor do against such a powerful enemy? We are truly moving into the ascension of the Eldar, my friends. I like to look at it as a challenge. I have always rooted for the underdogs and believe me anyone playing a Space Marine list against a tricked out Eldar/Dark Eldar army in the hands of an experienced player will undoubtedly be at a supreme disadvantage. At times like these, I like to think about what old Jack Burton would do. So let’s tuck that tank top into our acid washed jeans and talk about the anti-Eldar strategies that will get your Space Marine army to those middle tables in no time! 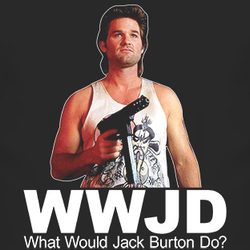 Centurions – Yup we’re starting with these dudes with attitudes. Centurions represent the fastest and easiest ways to deal with Wraithknights, Wraithguard, and Jetbikes. A minimal unit of 3 with Grav Cannons will be putting out 15 BS4 Grav Shots wounding those units on a 3 with a re-roll thanks to the amps. If they are within 12″ you’ll also be pumping out 18 twin linked Bolter shots. Nice one! The caveat with taking Centurions is that you need a good delivery system. Ally you Space Marine army with Blood Angels or Space Wolves and you gain access to drop pods or get Draigo in that sum bitch and you’ll be teleporting around like you just don’t give a fuck. Now that 3 sources are becoming a thing, I would try and find points for Coteaz if you plan on doing the Draigo Centurion star, since you will be seeing a lot of Wraithguard in Webway Portals. This is why I’m against three sources, by the way.

Sicarans – If you don’t already have one of these Forge World tanks I question your tournament readiness, bruh. With a 6 shot twin linked S7 AP4 Rending gun on this bad boy, both bikes and Wave Serpents will be having a really bad day. Yes, I know that jetbikes have a 3+ armor save but shooting these bad boys at a bike unit containing a Farseer and not letting them have their 2+ re-rollable save should be enough to bring a smile to your face and a grimace on the Eldar player’s! Did I mention these dudes were Fast Vehicles? OH YEAH!

Scouts – These guys were good before the Eldar codex and they’re good now. These are now my go to unit. Reece didn’t pioneer this build, by the way, so don’t listen to him say that. If you are going to go with Scouts you need to go in a big way. Three units are the minimum you should take and always give the sergeant a combi-grav. Eldar are going to be great at wiping out hard to kill expensive units with their dirty D and cheap throwaway units with their massed strength 6 shooting. Why give them the opportunity? At T4 and with a 4+ armor save, Scouts are cheap enough where you don’t mind losing them but also have a decent chance to survive. Make them Iron Hands to make your opponent grind their teeth as you’re rollin them 6’s, BRUH! YOU FEEL. NO. PAIN!

Thunderfire Cannons – Yeah they can be one shot’d off the table by a sneaky D in the face, but so can your mom so who cares? What you need them for is their cover ignoring S5 blasts. Again, they don’t necessarily get though the prevelant 3+ armor the Eldar have but they WILL ignore the 2+ jink shenanigans. I would actually take two of these, since the nickname Thunderfail Cannon is there for a reason.

Sternguard – These bros have all the tools necessary to deal with the Eldar. From cover ignoring rounds to wounding anything on a 2+ these guys are your ace in the sleave for taking out those heavy hitter Eldar units early in the game. If they are Ultramarines you’ll also get one chance for them to re-roll 1’s to hit, and if they are in a drop pod (which they SHOULD be) that could be a potentially end of Wraithknight turn 1 if the Eldar player fails enough saves. I usually equip 4 of these guys with combi-gravs.

Tigurius – A solid dude with a cool hat, Tigurius lets you unlock the Divination powers that really put the hurting on the Eldar. Particularly the Perfect Timing power which gives you that sweet, sweet ignore cover. Who cares if the Eldar will have 50 warp charges to your 7? You’ve got that Emperor watching your back, bro! 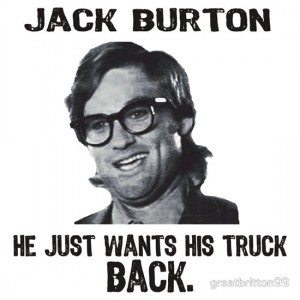 So here’s the long and short of it. As a Space Marine player you’re going to be outclassed, outgunned, and out maneuvered by the Eldar. Instead of throwing up your hands and yelling ‘fuck it’ while purchasing Eldar at Frontline Gaming’s sweet 20% off GW prices, try to put together a list utilizing these key units and see how you fare.

So what do you say, Space Marine players?  What is your tips and tricks for dealing with the new Eldar?

83 Responses to “In the Era of the Eldar, What’s a Lowly Space Marine to Do?”