Rawdogger here to talk about the most exciting part of the 7th edition Eldar codex release this weekend. Now, I can already hear you thinking ‘but Rawdogger, how can you have ANYTHING good to say about the monstrosity being released upon the community?’ ‘What could POSSIBLY be the BEST part of this Eldar codex release?’ Well, my dear readers, the best part of the Eldar release this weekend is the END of the 6th edition Eldar we have been dealing with for the past 2 years. 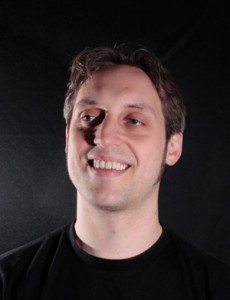 I spent this past Sunday playing in a local 20 person tournament thrown by our very own Nick Hayden, AKA Tasty Taste, AKA the Hipster King of Oakland. The tournament consisted of mostly local high level tournament players and one low level player (me). In my last game of the tournament, I faced off against a nasty Eldar list. You know what kind of Eldar list I’m talking about. The kind of Eldar list that has caused a groan of despair in countless 40k players as their eyes slowly gazed over the likes of 3 Wraithknights and 4 or 5 Wave Serpents filled with cheap troop units that for some reason have rending weapons. There might even be a Farseer that has a re-rollable 2+ cover save because reasons and f^$% you that’s why. THAT kind of list. While I sat there with my brave guardsmen and their loveable loser Grey Knight allies getting their teeth kicked in by twin-linked cover ignoring force fields I started to reflect on all the hate that the new codex is cultivating online. While several (ok all) unit choices and formations look to be very powerful, I feel that we have collectively forgotten all the grief that the current Eldar codex has caused the community these past 2 years. So before we all start gnashing our teeth, pulling our hair, and wailing in torment over the new Eldar codex, let’s take a minute to reflect on three of the things we WON’T be seeing on the tabletop after the new release. 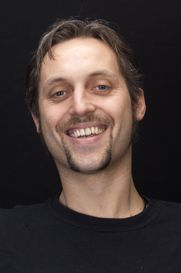 Twin-Linked Serpent Shields – Why not start off with the biggest annoyance? Serpent Shields have absolutely plagued the tabletop since the release of 6th edition Eldar. Unlimited range, strength 7 cover ignorning d6+1 HORRIBLE HORRIBLE THINGS. They were made even worse by the special rule that Scatter Lasers twin link any other weapons a unit might have for some reason or other. In the new codex Scatter Lasers no longer twin link other weaponry and the Serpent Shield is a one use only item.

3 Wraithknights – While the Wraithknight itself actually got incredibly better thanks to becoming Gargantuan creatures that shoot strength D and murder babies in their free time, the days of facing off against 3 of the 6th edition varient will no longer be a thang. I’m happy with this. Yes, you can take more than 1 per BRB rules, but you can also take an army comprised of a single model from every army in the game per BRB rules if you wanted to, too! In the ITC, and most tournaments, you can only take a single LoW if any, so I’ll take a single super Wraithknight over 3, any day of the week!

Daemon Summoning Farseers – This was one of the worst or the best things in the game depending on whether you were a rational person or were a player summoning Daemons with an Eldar Farseer. Though it was ‘technically’ allowed by the ‘rules’ that GW created, it just didn’t make sense and was a clear abuse of a wargear item that would allow Farseers to ignore a perils by burning a warp charge. Sorry Abuse Puppy, you’re going to have to go forge a narrative somewhere else BRUH! 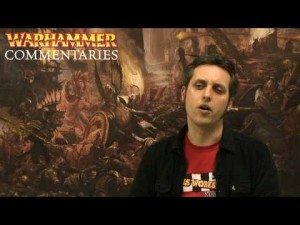 I am by no means an expert on the 6th edition Eldar codex and I haven’t yet read through the 7th edition codex coming out this weekend so I’m sure I’m missing several more current Eldar tricks and unit combinations that we’ll all be happy are in the rearview mirror. I am also aware of how powerful the new codex will be, and I’m fairly confident that I’ll be writing a rage quitting article for my post next Thursday. But for now in the calm before the codex release, won’t you lift your glass with me in a toast to what was and will never be again?

What are some of the annoying or overpowered/undercosted units you will be happy to be rid of with the new Eldar codex release? For you Eldar players what are some of your favorite powerful tricks you’ll miss while crying into your Phil Kelly picture?