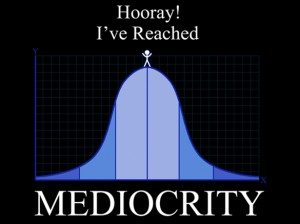 The mediocre gamer is back to relate the tournament format he’s been using at his events!

Hello everyone, Bronson here, the Mediocre Gamer.  I’m also known as AgentP on Frontline and ordofanaticus.com forums.  As CaptainA referenced in one of his posts, I’ve been experimenting with some Maelstrom tournament formats lately, in small scale, using the events as testbeds.  I wanted to share with everyone how that has been going, and what’s on the horizon.

First off, I’m a huge fan of Maelstrom.  Let me get that out in the open.  Maybe it’s the addition of dice and cards, maybe it’s the game dynamic it creates, I don’t know, but I love Maelstrom.  It single handedly rekindled my love of 40k and dragged me away from the Fantasy tournaments that had captured my attention for the previous 5 years.  I do not subscribe to the belief that Maelstrom is only for friendly play.  I do agree, however, that it needs a bit of tweaking to make it ideal.

In devising this tournament format I borrowed from some European formats I read about, as well as discussions I had with players around the country.  I also did some things that I thought would work, but had not heard of anyone specifically trying.

My goals going into this were multiple.  First, I wanted to prevent Maelstrom points being run up 10 – nil in the first turn and creating a game that was a foregone conclusion.  Second, I wanted to keep the card aspect, but inject at least some ability to build a deck of cards to pull from.  Third, I wanted to create some ability to mulligan, or redraw a hand if you absolutely had to.

I had some other goals too.  I absolutely hate random game length.  I despise it.  Players who that Maelstrom is too random, yet never voice an objection to random game length are completely missing the ball to me.  I cannot count the number of games I have played, or seen played, where a single roll of a random game length dice determined the winner.  You know you’ve seen those games, you know you’ve played them – those games where “I really need the game to end now because it’s clear that next turn you’re going to win.”  So I wanted that out.

Additionally, I wanted to discourage an emphasis on late game play and objective grabs.  Someone once said that basketball should just spot each team 100 and play the game for two minutes.  Warhammer can be like that at times, and I want a game that is exciting from turn one, not just beginning on turn five.  Now Maelstrom does this naturally, which is one reason I like it.  But I wanted to ensure each round mattered, that players had to see a serious consequence for not taking bold and aggressive steps in each round.

Lastly, I wanted to give people rerolls.  I’ve found over the years that rerolls are great psychologically for people.  Just having that little extra chance to not remove your favorite model from the board, or not having your grand plan go completely in the toilet can be a big help, even if the reroll doesn’t work out.  Just having it helps the attitude of many players, and that better attitude results in games that are more fun and relaxed, and everyone walks away cheerful, and the tournament goes smoother.  You may not think a reroll can deliver all that, but oddly enough in my experience it can.

So, all that long prelude aside, here is the rules set I’m using for the next event in Portland, currently set for mid June.  If you’re in the area and want to play, you can sign up here:

I’m sure that after this event I will make future tweaks.  I already have some in mind, which I will discuss at the end of this article.

Each player must bring a deck of 28 tactical objective cards.  Since the basic deck contains 36 cards, this will mean players will customize the deck they bring.  Decks must be built from the same source, ie you can use the main deck, or a race specific deck, but you cannot mix or combine.  Players must thoroughly shuffle their decks in front of their opponent before each game.

Cards that award d3 victory points award 2.  If a card were to award more than 4+ points, it awards 3.

You may spend a single token to discard a single maelstrom card and immediately draw a new card.

You may spend both tokens to discard and redraw your entire hand.

Tokens may be spent at any time, in either your turn or your opponent’s.

You score tactical objective points as normal, ie at the end of each player turn.  At the end of each GAME TURN you total who got the most points for that turn.  You only count points achieved that game turn, you do not carry over from previous game turns.   (So unlike typical Maelstrom games, you don’t keep a running tally for the entire game).  Whoever achieved the most victory points “won” that turn.  In the case of a tie, both players are credited with a “win” for the game turn.

The first player to “win” four game turns wins the primary objective. The game ends when a player wins four turns, whether that is at the end of turn 4, or turn 7 (the maximum the game could go).  Think of it like a tennis match, and each game turn is a set, and when you win enough sets you win the match.

If both players tie the first four turns (unlikely but possible), the game continues until a turn resolves without a tie.  If both players are tied at the end of turn seven, the game ends and neither player achieves the primary objective.

Winning the primary objective is worth 5 battle points.  In addition, you get one battle point for each of the following:

For a maximum possible 10 battle points each round.

THOUGHTS ON THIS FORMAT

The first thing people need to be aware of about this format, and what I have learned the hard way, is that time is critical.  Slow players kill this format.  Because these games are played like tennis, needing four of a potential seven rounds to determine a winner, it is essential that players play quickly and afford themselves enough time to play seven rounds if need be.  The first time I ran this format each round was 2.5 hours and that was not enough.  This next tournament I’m going to 3-hour rounds.  But TOs need to be aware of slow play, and be ready to address it.

The reroll token concept is prevalent in Fantasy, and it has always worked well in tournaments I’ve ran, or participated in.  The term “Twist of Fate” is borrowed from Adepticon nomenclature.  Giving your opponent battle points for using the token is key, I think.  It adds another tactical decision to the game, and that is always a good thing.  However, that does mean that your opponent has the ability to deny you a perfect score, and some may find that unfair.  To those people, I say one word: poker.

There is no better competitive, yet random, game than poker.  And part of poker is bluffing, drawing your opponent into a trap, reading your opponent, and generally engaging in psychological manipulation.  Poker has a social skill component to the play.  This adds that to Warhammer.  Want to get your extra two points?  Convince your opponent to use their tokens.  Make them afraid.  Make them convinced they have no choice.   Engage them in banter and talk them into it.  Now, let me apologize in advance if this leads to players wearing hoodies and sunglasses at your Warhammer tournament.

Formats should change only when evidence has shown a need.  Change for change’s sake is not ideal.  That being said, I do have some ideas to tweaks that could be implemented in the future if the need arises.

First, I’m not a fan of first blood.  I’m wondering if replacing it with Big Game Hunter might not be better.  That’s an option.

Second, Fantasy is very much a game about unit values.  You target a unit based upon how much it costs, and thus how many victory points it will give.  That is missing in 40k.  I’ve been wondering if who controls an objective should be based on a comparison of points within 3” of the objective.  Surely that 375 knights controls that spot more than the single kroot.   I’m not sold on this, but the idea is kicking around my brain.

We’ll be running our next tournament using this format on June 13, 2015 in Portland and I’ll report back to the community.  Is the format perfect?  Of course not, nothing ever is.  I am – after all – the Mediocre Gamer.  This is the mediocre tournament format.

But experimentation is critical to the hobby.  We need to keep trying new things and seeing what does and doesn’t work or we become stagnant.  If anyone feels like trying this out, be my guest.  If you are in Portland and what to play in June, sign up at Ordofanaticus.com.  I would love to hear your experiences and incorporate that feedback into future changes.