Observations of the Mediocre Gamer

You are here: Home › 40K › Editorial › Observations of the Mediocre Gamer 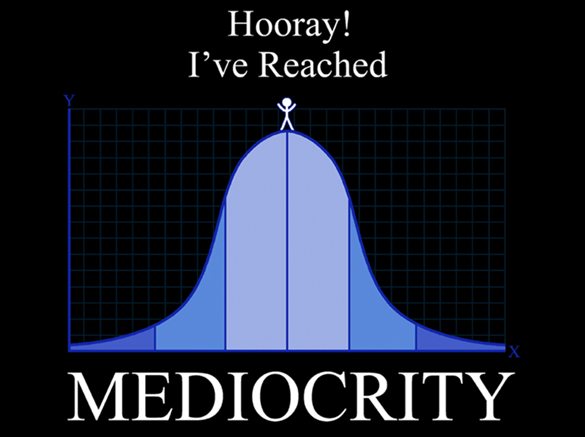 Bronson J. writes in with an editorial about what the view’s like from the middle of the pack!

Hello, Mediocre Gamer here, giving you some poorly thought out observations from the lower tier tables.  Take them with a grain of salt!

This LVO I took a Leviathan formation Tyranid list.  Two of my losses would have been complete flips – ie clear wins – had I done nothing different, but simply played the same list in the context of a CAD.  What I lacked was, of course, Objective Secured.  The experience made me think of the value of ObSec, and what it holds for the future.

With the latest wave of releases, we’re seeing a clear pattern of carrots dangled in front of players to get them to trade ObSec for something else.  Tyranids can trade it for Leviathan’s extra HQ.  Blood Angels can trade it for Baal’s +1 Int.  Necrons can trade it for Decurion’s +1RP.  A reasonable prediction would be that all future army releases, like Khorne and AdMech, will have some similar carrot.   But is it a carrot worth taking, that is the question I have.

If we look at this year’s LVO, all eight of the top lists had a least one ObSec troop in their list, although Sean Nayden won the event with only one (a ripper unit).   How important was ObSec to those lists?  I’m not sure, but would be really curious to hear.  I do know that my conversations with many of the top players at that event revealed that they nearly all spoke of the value of ObSec.

The Internet is abuzz about Decurion.  We’ve all read the wailing and gnashing of teeth that Decuion is the new top dog, and that no one would ever run anything else.  I’m not so sure.  While +1RP is nice, it can also be achieved, in small part, by attaching Crypteks.  At the end of the day, the overriding fact is that your entire ultra-resilient army can be camped on an objective and still lose it to a single 11 pt scout marine who can manage to get within 3”.  Durability has enormous value in a game about kill points and attrition, but less in a game about movement and board control.  What I’m very interested to see is if the top Necron lists six months from now are running pure Decurion, or include at least some form of ObSec.

Of course the obvious refrain is that non-ObSec armies can simply bubble wrap an objective to prevent access, which is true, to an extent.  It’s clearly easier to bubble wrap the relic than six objective games such as Scouring.  And responding on the fly to changing Maelstrom objectives makes bubble wrap a tactic that is often a bridge too far.

Now, I’ll be candid in saying that I think in the current framework of the game the CAD will still trump specialized formations.  But the bigger question to me is if that framework is changing.  If the trend in specialized detachments continues, what we’ll see is a diversification of how an army “wins” – some through offensive emphasis, some defensive, some movement, etc.  But of course that diversification is nested within the confines of tournament scenarios.

All of this has ramifications on how we structure our tournaments .  If Decurion and other specialized detachments alter the meta and power curve, is the answer to that to make ObSec more important?  And if so, how do TOs do that?  I find it interesting that European tournaments are much more likely to be Maelstrom based than US tournaments.  Does the US resistance to Maelstrom in competition need to change?  Are we falsely assuming that in a Primary/Secondary format like LVO the primary should always be Eternal War?

And conversely, are objective based scenarios and Maelstrom simply a way to overemphasize certain army advantages like mobility, in essence artificially increasing the value of certain armies and units?

If it’s true that specialized formations herald an expansion of army strengths and emphasis, will tournament formats and scenarios expand as well?  Do objective and non-objective based missions need to be included – one mission that rewards movement, while another rewards offensive ability, or lasting to the bitter end?

The Mediocre Gamer has no answers, only questions.

26 Responses to “Observations of the Mediocre Gamer”