To ITC or Not To ITC?

This past year was a great one for the ITC with many tournaments joining the cause to allow gamers the world over to accumulate points in the hopes of becoming ITC champion or at the very least the best of their faction. I myself had a taste for blood as I started to push up the Grey Knights table and rocket to 2nd place for the ITC year. With a fresh tournament season upon us, I have now set my sights on 1st place and hope to dethrone the reigning champ.

Something has happened with my tournament season however that made me stop and think a bit. When Team0Comp was talking about attending a tournament recently, my first question was, “Is it an ITC event?” The answer was no and I quickly bowed out. It was interesting in how quick I became to only want to play in ITC events, especially if I am going to travel.

Some of this comes from having a limited budget as money does not grow on trees for this guy. Limited funds means I have to make some hard choices about which events to attend. Unless I have another force pushing me, like a local team tournament I’m playing in with some friends, I don’t think I will be playing in many non-ITC tournaments, especially if it conflicts with an ITC event or is going to cost dollars to travel.

Is this a good thing? On the one hand, many tournaments are continually being added to the list and this year is really starting to become one strong year for ITC tournaments, even better than the last. On the other hand, non-ITC events may see a decline in their attendance. As the ITC grows, will other events be forced to join or shrivel and die? That could certainly play out as players have to choose between events and decide to go ITC over another event. 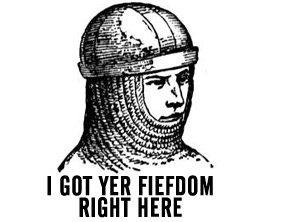 Then again, there has already been some tournament format allegiance for some time now. NOVA, straight book missions, and then ITC. I know there have been people that have decided to attend this or that tournament based upon the mission parameters, deciding to send their dollars and attendance elsewhere.

For me, it comes down to some big reasons why I’ve decided to throw my dollars at the ITC over other events. 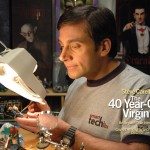 I think for the hobby overall, having an event like the ITC is a good thing. It brings together events around the country and even the world, exposes other games to tournaments near and far, and gives a fairly cohesive structure to the tournament season. Some might struggle if they don’t join, but since there isn’t any stipulations as to how you run the tournament and it is free, it makes sense to me to join in.

ITC for me. All others must join or vanish into obscurity.

If it’s local and not itc. I will go. I could at least win free stuff.
not if it isn’t local.

We joined the ITC this year and looking forward to running out event according to ITC guidelines. Local in store tournaments (1-2 a month) have shown us that. If you happen to to live near the Arctic Circle, come look us up. (FACEBOOK – AK Battle Brothers) – Anchorage, Alaska.

My local TO won’t even consider ITC as a format. He feels he knows better, and should set the tempo for the entire midwest. I don’t think I even care anymore. I think I’m heading back to Warmachine, which is a shame really.

Seems sad not to trust in a system that has so much momentum. That was why I put my tournament (Guardian Cup) into the ITC format.

It also seems silly because the ITC doesn’t restrict you to a set mission format if you don’t want to use it. All that matters is that you provide a true Best General score with wins as the primary deciding factor in that score. At least, that’s how I read it.

I have been trying to figure this out for a while now: what does itc stand for? The articles on here use the term frequently, and im aware of bao missions, but what is ITC!?!? Driving me crazy.

I’m not gunna lie I feel a little star struck. Thanks for the reply!

You might need to update it soon, to International Tournament Circuit 😛

I would like to see more tournaments on the circuit. If you live in southern California it’s great but to a lot of us there is no reason to take ITC seriously. If i can only go to a few events a year and SoCal guys can go to double or even triple the events, why should I take it seriously? I know the ITC is still young and growing and I LOVE what you guys are doing, it just seems that players in that area have a HUGE advantage. More tournaments or at least even the odds and remove some of the SoCal ones.

As I understand it only your top 4 scores count so no matter how may events you attend its still only your best 4 showing.

You can also try to lobby for your event to be an ITC event in your area. Someone will have to take up the flag to make that happen.

Yeah I get that but if you can go to triple the amount of events then your chances of placing higher increase, therefore your odds of having a better overall score go up as well.

That should change as more tournaments enter in as is happening more and more.

I think it’s pretty awesome, in that it gives TOs a pretty useful baseline to run a fantastic event.

Unless you have a serious beef with the format, it’s kind of a no-brainer not to use the work people have put in to the material, and also to offer people competing in your event the ability for their points to count towards their ITC standing.

Also keep in mind the size of events majorly effects the score you get from them- so if someone’s top four wins are all at dinky fifteen- or twenty-person tournaments and you won two 40man or 80man tourneys, you’re gonna be way ahead of them.

Is there a size requirement to be recognized as an ITC event?

Depending on the answer to that, it seems players could game that system as well. Only go to small events to be a big fish in a small pond(s) and “win” because your top 4 scores skirt the amount of competition the larger events draw.

No size requirement. Only point to note though, is that events under 16 players in size get half points.

Also worth noting that above 16, you get more ITC points the more players competed. Yes, there is the possibility of people trying to game the system.

The bigger the event size is claimed to be, the easier it is to find out if it’s fake. The smaller, the less impact it can have.

So, it’s going to be pretty hard to meaningfully game the system. Sure, maybe you can bump up your ranking if you aren’t in the top 50 players. But realistically, it’s probably going to backfire pretty spectacularly if you get caught out.

As a competitive gamer ITC format gives me that solid tourney that contributes to something larger than itself as a singular event.. it builds to something more. That is tough to match for my personal interests and with how clean and well ran the ITC is as a circuit I find myself a fairly happy WH40k player 🙂

I’m shooting for 2016 ITC to start really hitting most of the events.

I hadn’t seen that! It goes against the MC rules, but then again the Tyrannocyte rules itself are crappily written as well… who the heck knows what GW was thinking?