A Case for Source Restrictions in Tournament 40K

You are here: Home › 40K › A Case for Source Restrictions in Tournament 40K

Rawdogger here to talk about multiple sources in tournament Warhammer 40k. This is a hot button topic with much wailing and gnashing of teeth throughout the various internet forums so please realize the statements in this article are written from my personal beliefs on the subject. If you have read this far and are already sweating and have an elevated heart rate maybe you should stop reading now. You should also consult a personal physician because you’ve got real problems, son. 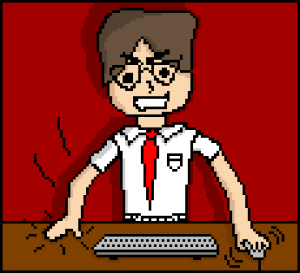 We all know that ever since the release of the 7th edition Warhammer 40k the format of army building has become more complex and convoluted with each new codex. Building an army list was a relatively simple and straightforward affair pre-7th edition. A player had a set formula for building an army list and would be restricted to taking models from their respective codex. We now have the codex, detachments, formations, and data slates from which we can form our army lists and they do not have to be from the same faction a la allied detachments. You can see how what used to be a fairly simple process has turned into a game unto itself. From a marketing stand point it’s brilliant in that GW found a way to get players who used to buy models for one specific faction to now purchase model kits from multiple faction ranges. GW has long stood by the notion that they are a model company first, and unbound play and no limit to the amount of factions players can cram into an army list certainly cement that point. Recent codex releases that lack HQ options go further to force players to play unbound or take specific detachments or formations which require them to purchase specific models and add to the amount of sources their army list draws from. 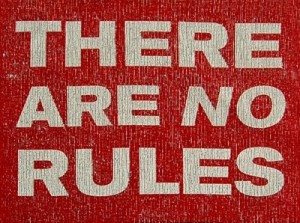 Though the 7th edition may be lucrative to GW’s bottom line it has certainly caused havoc in the organized tournament world. Tournament organizers have been forced to create order in a game system that seemingly has none. In the process of creating structure in a game system that actively discourages structure in order to sell models these tournament TO’s had to make some hard choices. Should they restrict the amount of sources players can bring to try and tone down some of the ridiculous unit combinations or give the players free reign to create massively powerful lists since it is now part of the game? No matter which way they go the TO’s run the risk of angering a portion of the tournament gaming population. The ITC format, which is now used at several major tournaments throughout the country, has made the decision to limit choices to 2 sources. While there have certainly been vocal critics of this decision I believe it is the right choice to make.  Every time I think of the players complaining that limiting the sources is taking away the freedom of list building I think of an It’s Always Sunny in Philadelphia episode. Two characters in the show, Dennis and Mac, are tired of the government telling them what they can and can’t do with their bar. They decide to make their bar a place where the customers have the freedom to do whatever they like. No rules. It starts off great but quickly turns into a heroin den and Dennis and Mac start to lament that they gave people too much freedom. That’s how I see unlimited sources playing out in tournament play. It actively encourages players to move around the army limitations in their codex and just cherry pick the best units from any faction in order to create an army list with unlimited power. Imagine if Magic the Gathering allowed players to pick whichever cards they wanted from any deck and then took away the randomness of pulling the cards from the deck. How much fun would that be? 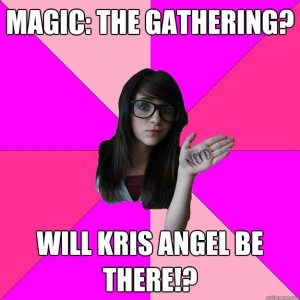 I know there are a lot of people who disagree with this stance. There’s the argument that limiting sources is not playing the game the way it is written. While that is technically correct, which is the best way to be correct, it doesn’t hold much water with me. Games Workshop has repeatedly and publicly stated that they do not write the game for tournament play. Hell, they have publicly said that they are a models company first and a game system creator second. So have they really created a game that can reliably played in an organized environment? The argument that limiting sources is not playing the way that Games Workshop intends therefore does not make sense when you accept the fact that there is no intended way to play Warhammer 40k. Another argument against limiting sources is that it is punishing non-Imperial factions which have a much more limited ally matrix than do their Imperial counterparts. I definitely see more merit in these arguments but with most TO’s allowing codices to self ally the argument again falls flat. I feel a lot of the complaining comes from gamers who see the restrictions as hampering them from creating ludicrously powerful unit combinations. It’s not some brilliant idea that the ability to take Be’lakor or Coteaz in addition to your two sources would make your list infinitely more powerful. List building is beginning to take the place of skill and it’s not something I’m particularly happy about. There is nothing skillful in bringing lists that exploit the plethora of units that were not properly play tested and point costed. 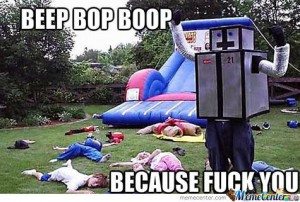 I personally feel that the power builds we are seeing at major tournaments is detrimental to the long term health of the hobby. Restricting sources, not to mention modifying ridiculous mechanics such as Invisibility and 2+ re-rollable saves, goes a long way in stemming the flood of anarchy that will come about if players are given too much freedom with their list building. Competitive 40k has become a game of rock vs. rock and we all need to take a breath and think about the direction we are taking the game. Do we really want to see a game that devolves into creating table clearing combos made from cherry picking the best units from all codicies? What are your thoughts on the subject? Should we restrict sources even more than we are now? Most importantly, why isn’t Kharn in Codex Daemonkin?

59 Responses to “A Case for Source Restrictions in Tournament 40K”