Raw Dogger here to talk about my 2015 ITC list while I try to hide the fact that missing Adepticon 2015 aint no thang and that I’m not horribly depressed by it.

Last season was pretty rough on the old Raw Dog, with a placing far lower than a snake’s belly in a wagon rut.  That’s how I’m talking these days.  My wife loves it.  I know what you’re thinking.  How can a man on the Team Zero Comp C Team perform so poorly in a tournament circuit designed by the very company for which he works?  How can a guy so shockingly handsome and in such great shape place so poorly in a world wide tournament circuit tailor made for one of his standing?  Those are questions I ask myself every morning when I look in the mirror.  The long and short of it is that I did not stick with the same list throughout the season.  Those that know me personally can attest to my ever changing attitude and humors, which translate into my 40k hobby as an army list that is constantly in flux.   Lose a game the first time I bring a new list to the table?  Change that shit.  Win a couple consecutive games and then lose due to poor dice rolling?  Oh you know I be changing that shit up.  Just ask anyone!  It’s a  real problem. 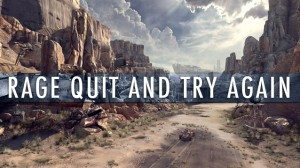 This year, I plan on running a single list for better or worse.  Though I am not able to participate in some of the larger ITC tournaments due to having to work the events there are several smaller events that I have already signed up for such as the Guardian Cup 8 in Portland (the Ocho), No Mercy 2 in Sacramento, and most recently the latest 20 person event run locally at End Game by Mr. Tasty Taste Himself.  I still have a lot of assembly and painting to do before I am able to start play testing, but luckily I know a fantastic painting studio with very reasonable pricing.  Cough…Cough…

Anyways, without further adieu here is the 1850 point ITC list.

So the general idea is that the White Scar Bike units take advantage of their Scout special rule and alpha strike if I have first turn.  The Centurions move up the field to hold the center of the table with Coteaz providing anti-deep strike shenanigans and hopefully rolling on the ignore cover Divination power that Geoff Robinson loves so much.  Coteaz also helps with not getting seized on, which is disastrous for an alpha striking scout army.  The Chapter Master either rolls with the Khan and his grav death Command Squad, or rolls with Coteaz and the Centurions in case there is a plethora of AP 2 weaponry on the table (to tank wounds).  I love his versatility!  If going second the versatility of being able to outflank the bike squads or re-position them is very clutch.  I’ve included a Thunderfire Cannon to take care of weak objective takers hiding in cover or behind line of sight blocking terrain and the Sicaran because he is a beast and the plethora of Jinking skimmers (Wave Serpents) make him a must have.  The list has everything it needs to kill Knights, which are another common sight on the battlefield these days.

There are some definite downsides to this army.  As usual I have a low body count.  This could be an issue in the current MSU objective secure ITC environment.  The bike squads are fairly small and easy to kill.  7 wound (5 bikers +Attach Bike) units with a 3 + armor save are certainly not that hard to deal with in the high volume fire power world of 7th edition 40k.  The +1 to the Jink and Skilled Rider do help quite a bit, though.  I also do not have any real close combat units.  The Chapter Master is decent but other than that if I am in combat things have definitely gone wrong.

So what are your thoughts?  Is this list hot or not?  Is it ready to kick as and take names or dead on arrival?  How are babby formed?