The End of the (Old) World as We Know It!

Hey ya’ll Rawdogger here for another installment of Rawdogger’s Randoms.

This week we will be talking about the rumoured end of Warhammer Fantasy as we know it. This weekend the final End (of) Times book Archaon is released and from leaked pictures it appears that the book heralds the end of the Warhammer Fantasy universe in it’s entirety. You can see detailed rumourmongering here and here. For those of you who read websites this should come as no surprise. Warhammer Fantasy has been struggling for many years. The money grabbing 8th edition back fired all over Kirby’s face and chest. Who would have thought that creating an edition that pretty much required the purchase of large blocks of infantry due to an over-powerd magic phase could have turned off people from buying model kits consisting of 5 models and costing $50? It has also been stated that GW is potentially looking to protect their IP since it’s hard to copyright the name High Elf, etc. 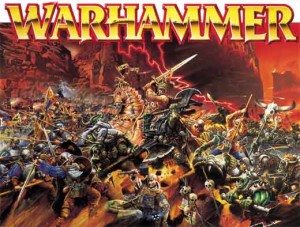 Look how cool this game was!

I actually used to play quite a bit of Warhammer Fantasy. When I lived in Korea the most popular game with the locats was Fantasy, so I quickly had to pack up my Bolter and pick up my flying pegasus. The last straw for me in 8th edition fantasy was playing against a young kid with his Skaven and watching this newcomer with gigantic blocks of unpainted miniatures hit me multiple time with the stupid Skaven spell that removes entire blocks of your own models and replaces them with MOAR $KAVEN MODEL$! LO-LO-LO-LO-LO!

Ahem. Where was I? Oh yes, so after several years of dwindling sales and a disappearing fan base GW came up with the original idea of tearing down the existing game and starting over from scratch. The most popular rumors are that the game will become a smaller scale skirmish game that will not overwhelm new players by the cost of entry. The models are rumored to be round based with the ability to rank up via movement trays like the Hobbit miniatures. While I am certainly intrigued with these rumors, GW is playing a dangerous game. They run the very real risk of losing a lot of the Warhammer customers they already have. Just look at the hair tearing and gnashing of teeth happening on the rumor blog posts? They are also gambling on a new customer base that will be interested in this new style of Warhammer Fantasy in an already over saturated skirmish miniature market. It wouldn’t surprise me at all if the GW higher brass actually thought that current Warhammer Fantasy players would just happily go along with the changes. In fact, it has been well documented that GW management truly believe that their customer’s favorite past time is buying the models they produce. 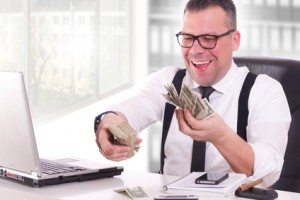 A lot of people ask how GW can completely re-design a game that has been such an iconic part of their business as well as alienating a fan base that has spent god knows how much time and money lovingly crafting their armies to fit into the universe they so love? The answer, as always, is that GW is a business that exists by selling models. The models for the game they created were not selling, so they are starting over. They don’t care that you spent 2 years and $2000 purchasing and building your Brettonian army. In their minds you’ve already purchased the models and that’s that. What do they care what you do with the models once their purchased? Oh yeah, that pesky game that goes along with the models. BLAST IT! They should have never created a game to go along with those models! GOD DAMNED NERDS!!! (Angry GW Management Voice).

And so it goes. Warhammer Fantasy as we know it passes from this world with barely a meh. Since this is GW we are talking about, let’s hope for the best but prepare for the worst with the new edition of Fantasy rumored to be coming in a couple months. Who knows? They could come out with the greatest Fantasy skirmish game since sliced bread. It could happen right? Right? Hello?…………..

So what are your thoughts on the rumoured end of Warhammer Fantasy? Are you excited for what’s to come or are you already taking photos of your army to sell on ebay?