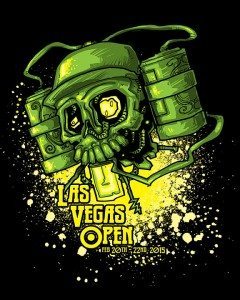 In our time honored tradition, we always poll our attendees about their experience at one of our events and then share those results! It has proven to be a great tool for growth for Frontline Gaming, but, it also provides good feedback for the community as well, in regards to trends in the 40k crowd. While the poll covered a lot of territory about the event, venue, and the overall experience, this article will focus on the 40k Champs portion of the poll. The TOs for the various individual events have all gotten their specific feedback to use to grow!

We got over a 20% response rate on the poll, which was awesome! That is good feedback on something like this and represents a good chunk of our attendees.

The first, and most important question is the simplest: did you enjoy yourself at the event? We are VERY pleased with this feedback. The funny thing too, is that the 1 no vote, gave all positive feedback in other categories, so I am pretty sure it was an accident, but, hey, 1 out of 219 isn’t bad at all! This next question focuses on the 40k Championships event itself. Did the players in this event enjoy themselves? Again, overwhelmingly positive feedback, which is fantastic. Only 1 person reported not having fun, and most loved it! Awesome. We see that we have room to get better, you always do, but this is great feedback. The always contentious rules changes we implement for the ITC have been hotly debated in the past, but, as the numbers have shown, the majority of players support toning down these rules. For those that don’t know, we alter the 2+ reroll save to a 2+ followed by a 4+ (reducing the odds from 1/36 chance of failure to 1/12) and altering Invisibility to hitting the invisible unit on 5’s in combat and BS1. Lords of War, another hot topic this edition, have largely been accepted in our format. However, we are always open to discussing altering the restricted list. The issue of the day was ranged D, as many players had brought it up. As can be seen in this graph, players would like to see more restrictions on which LoW are in their game. A few folks have brought up the issue of the ITC format and scoring missions, as a player that wins First Blood and the Primary, can only tie the overall mission in the worst case scenario. We asked what folks thought about it to get a feel for the overall trend on this topic. The most players wanted to see the format kept as is, however, a total of 111 players (vs 60 to keep it) wanted to see some type of change. We therefore may need to take a closer look at slightly tweaking our mission format. This question pertains largely to the ITC format events which track and award points for those players that perform best with specific factions. However, as more and more sub-Codex factions come out (such as Scions, Assassins, etc.) tracking all this data gets increasingly complex. So, we asked our attendees how they’d like to track it. This question also largely pertains to the LVO format for determining which detachment in your army counts for score keeping purposes. Gamers, being gamers, have been gaming the format to count as a certain faction even if they do not have a majority of points in that detachment. Some players have brought this up, so we asked how to handle it. As can be seen, most players want to see it simple and kept to whichever detachment has the warlord, but a sizable number did want to see it go to the detachment with the most points, which is logical but it creates another layer of bookkeeping that would have to occur and would get very time consuming. The one question I forgot to ask as I was very busy with moving, was if players wanted to keep Come the Apocalypse allies in ITC style events. A large number of players expressed distaste with CtA allies (myself included) and would like to see them removed from the 40k Championships event. We will have to include that question in the ITC format poll going out this week which will guide our decisions for shaping ITC policy for the next year season!

← Daily Awesome Conversion
The End of the (Old) World as We Know It! →