Check out this hobby class at Adepticon

You are here: Home › 40K › News › Check out this hobby class at Adepticon 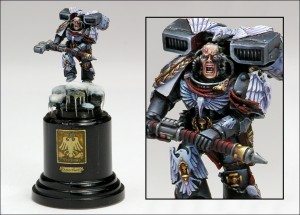 It is called, “Maximizing Your Appearance Score,” and is taught by the very talented, Caleb Wissenbeck at this year’s Adepticon. 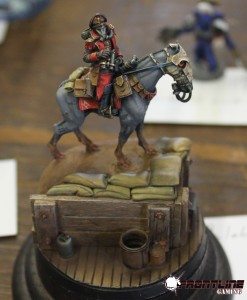 In his own words:

This is Caleb Wissenback, So I’m teaching this class that’s pretty new for most cons. It’s called ” Maxamize your Appearance Score” It focuses on the tournament player that wants to take their army further as far as appearance goes . With all the set rubrics out there you can game the paint side to get the most points possible . I also talk a bit about composition and how to catch the judges eye and get them to spend the time looking over your army . I’ve been judging paint for a few years now at events like TLGT, Broadside,BAO,COC, and LVO . I’ve also painted armies that have taken best paint at quite a few events.

Join veteran Hobbiest and award winning painter Caleb Wissenback as he discusses current tournament appearance scoring systems and demonstrates techniques and painting styles to take your tournament army to the next level. This class will cover a multitude of topics such as theme building, basic color theory, freehand, blending, metallics , OSL , basing .This will be a discussion and demonstration oriented class with examples of some award winning armies . Students are encouraged to bring in samples of their armies to be discussed .

This class is geared toward the intermediate student with an understanding in basic army building and painting.

8 Responses to “Check out this hobby class at Adepticon”