Rawdogger here and I just flew in from the Las Vegas Open and boy are my arms tired! Ohohohoho.  The 2015 LVO was a huge success and it wouldn’t have been possible without the tremendous support of the gaming community, so thanks to all those that attended or supported the event through various forums and social media outlets.  Another BIG THANKS to those of you who volunteered their time and energy at the event (in Las Vegas even!) to help assemble and then disassemble the convention hall.  These types of events would not be able to function without help from volunteers and year after year I am surprised and humbled by the amount of work these guys and gals do to help us make our tournaments happen.

With the LVO being the first large competitive tournament of the year and many of the competitive who’s who from around the country in attendance, I was very keen to see what types of armies and strategies would dominate the top tables.  I myself had tried to weigh in to the competition, despite also trying to work the event, and was eternally grateful when Reece and Frankie asked me if I would like to bow out after playing 2 games and getting roflstomped for a total of 0 points.  Since another player had dropped and the number of players would have been uneven, I felt that there was enough evidence to support the fact that I bowed out gracefully rather than quitting in disgrace and shame (though I REALLY wanted to drop at that point).  As it turns out I wouldn’t be the first or the last to bow out of the tournament throughout the first 2 days.  With some of the extreme lists that were populating the tables and the intense sexual energy emanating from 40k dynamos such as Ben Cromwell and Aaron Albert, it was no surprise that those who were unprepared for onslaught felt that bowing out and enjoying their time at the event trumped playing another 2-3 games against mass Flyrant spam or Ad-Lance lists. 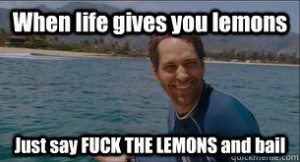 After a week of settling back into the routine of Frontline Gaming life and spending some time ruminating over the top lists of the event I thought I would share some of my thoughts on what you will need to bring and what you will need to be able to defeat in order to be successful in the 2015 ITC 40k tournament circuit.

Mobility – It really shouldn’t be a surprise that the two top tables consisted of highly mobile MSU armies.  With the majority of the primary and secondray ITC missions being objective based, it is more important than ever to be able to reach out and grab objectives all over the table.  I know that this has been talked to death and there will be some MIGHTY eye rolls (especially from Abuse Puppy) but it is a fact that is worth repeating.  It is all well and good that you have the most powerful shooting units sitting in your deployment zone, but you will consistently lose the game while your opponent racks up the secondary and eventually the primary with his fast moving objective scoring units.  At this point it should be key that you build your list around these fast moving objective grabbers rather than beginning with your heavy hitters.

Anti-Air – If you think you’ve seen a lot of Flying Hive Tyrants already, honey, you ain’t seen nothing yet.  There is a reason why every Tyranid player is taking 3+ Hive Tyants in their lists.  They are really, REALLY, good.  They are the ultimate all-around great unit.  They will glance any flying vehicle to death, as well as lay waste to your infantry squads and light armored vehicles.  It’s not just Tyranids who have a flying threat, either.  Daemons can still reliably run 4-5 flying monstrous creatures that will psychic scream you back to the stone age as well as multiple Space Marine formations that bring 3-5 flyers to the table.  If you want to be able to compete in this year’s ITC events you HAVE to have an answer for these threats.

Knights – Oh you know what time it is?  Your ass better call somebody!!!! Everyone’s favorite 40k super heavy walker and auto ally to all armies, the Imperial Knights will continue to brown under pants in the 2015 season.  Yes, I used ‘brown’ as a verb.  Verb’d.  While some internet heroes claim the Knights are no big deal and that they can easily be dealt with by extensive 40k skills as well as their mighty biceps, the fact of the matter remains that if you cannot deal with 2-3 Knights you will have a hard time advancing to the top tables.  With the inclusion for Forge World Knights such as the Castigator, which can remove Astra Militarum blob squads in one round of combat, the Knights have never been as big of a threat as they are today.

2+ Cover Save Monstrous Creatures – Thanks to local hunk Geoff “InControl” Robinson, the amount of Monstrous Creatures with a toe in cover getting a 2+ cover save thanks to the Malenthrope will be all the rage in the 2015 season.  The Barbed Heirodule spitting out 12 st. 10 shots per turn sitting in cover getting a 2+ cover save sometimes covered by a Void Shield Generator will be a thorn in many player’s side.  You have to have the ability to not only penetrate the 2+ cover but kill the 4 wound T5 model generating the saves or you are in for a bad day.  Usually these lists also have 3+ Flying Hive Tyrants and other multiple Tyranid Monstrous Creatures.  Good luck, we are all counting on you.

Wave Serpents – This drum has been beaten to death, but it goes without saying that if you play Eldar you should be bringing 5 of these preferably backed up by a couple of Wraith Knights.  If you do not play Eldar, it sucks to be you bruh!

Practice – The old adage that practice makes perfect has never rung so true as it does with competitive 40k. No matter how good your list is if you do not practice extensively with the same list you will not be seeing the top tables.  I saw dozens of brutal lists at the LVO that could have easily dominated the top tables if not for the fact that they were controlled by inexperienced players.  The fact that the tournament took place in Las Vegas could have also lead to hung over players making poor decisions and forgetting basic army tactics, but if you practice enough with your list you should be able to play it while half asleep and vomiting into a bucket.  The guys and gals at the top tables are the players who have extensively play tested their list and are not only knowledgeable with the ins and outs of their own list but are prepared to face the likely heavy hitting lists they will see on the table top.

With all of that said, here is a list for review.  I am trying to keep with my Hammer and Anvil list building style, which sees a strong backfield shooting threat with fast moving threats that can move around the opponent’s back field and cause havoc.  I also like low model count as I like to focus on as few units and rules as absolutely necessary (might be my problem).

So what are your thoughts on the 2015 ITC tournament circuit?  What are some things to prepare for or must take units?