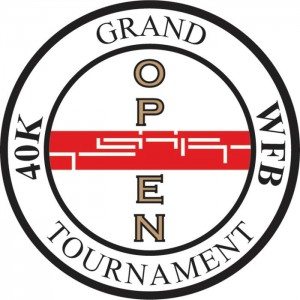 We’re all here having a great time at TSHFT, in fun Seattle. The event had a bit of a late start due to a snafu with ToF as we were told, but, got rolling. There are some brutal lists here, and some excellent players. 10 barbed heirodules!!! Yikes, Nids are back in a big way. There are more flyrants than you can throw a stick at.

PlayeRs are hungry for those ITC points! We’ve got a ton of people looking for top spots with their respective armies.

Of Team Zero Comp, Frankie got beat by Jeremy vessierre’s White Scars, and JY2 had some incredibly bad luck and got beaten, too. Everyone else won, Ben C. knocked Tastey Taste’s Green Tide Orks in a super close game.

We’ll keep you updated! Got to get back to my game.

Day 1 is done and behind us. The competition has been fierce. Of Team Zero Comp, only Ben Cromwell with his Eldar\Dark Eldar and Reecius with his Space Wolves are still undefeated. Frankie’s Dark Eldar had a rough day, going 1 and 2, as did JY2 and his Necrons. INcontroL and his Nids are 2 and 1 as is GTA and his Seer Council with Lynx.

Tomorrow will filter out the remaining undefeated players! Abuse Puppy is in first with Taudar at 30/30 pts, Reecius is in second with 29/30, JP is third with FMC Tzeentch Daemons, Jeremy V. Is 4th with White Scars and Space Wolves.

UPDATE: TSHFT is done and behind us! It was a great time. Congrats to Abuse Puppy who won it with a perfect 50/50, and who also smoked me to get a spot on Team Zero Comp! The rest of the team did well. Frankie and Jim went 2-3, iNcontroL, and Raw Dogger went 3-2, Reece, Ben S., and GTA went 4-1, and Ben C. Went 4-0-1, winning the pool from the team and taking home a few hundred bucks! More to come, but wanted to post a quick update before we went home.

Posted on January 10, 2015 by Reecius in Uncategorized