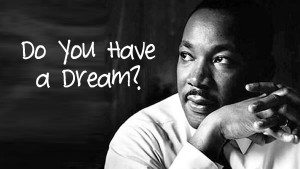 While his dream was at least a little grander in scale, and certainly more eloquently put, mine is no less meaningful!! Well, no, that’s total crap, mine is infinitely less meaningful, lol, But a dream it is, none the less.

The idea: to build the true TAC (Take All Comers) list in competitive 40k. What that means varies from individual to individual, but for me it means a list that is balanced and has the tool to take on any other list with at least a 50/50 chance of victory. To me, it is the opposite of taking a list that wins or loses based on the list itself, it is a tool-set that allows a player to win based on their skill and luck. It allows creative tactics, layered combos and flexibility. The ultimate TAC list is my White Whale. I may never achieve it, but I will always seek it!

So what do you need to take all comers in this crazy landscape that is 40K at present? A lot! That is the major hurdle facing a TAC list in this edition: you run out of points before you’ve built your Swiss army knife of a TAC list. now please bear in mind, this list below is written assuming you use a combination of progressive and static win conditions (Maelstrom and Dawn of War style) and that you are not playing Unbound.

Those are the basic dilemmas you should seek to solve with your list. There are a lot of ways to do this, almost limitless ways, actually, but think about them when writing your list. Look at what you have critically and ask yourself how you plan to deal with the above issues. Can you handle multiple Knights? Can you tackle Multiple Wave Serpents or Flyers? Do you have any way of stopping an assault Deathstar or Shootinstar? If your opponent rolls up a killer combo of psychic powers, can you deal with it? Can your list withstand a D blast from a super heavy? Can you grab objectives reliably and win a game by playing to the mission even if you find yourself outgunned?

If you can say, yes, my list can deal with these things or I at least have a plan for how to deal with them should I see them across the table from me, then you are well on your way to achieving the TAC dream!

What are all of you doing to solve these quandaries with your lists?