You are here: Home › 40K › Tactics › Knight Tactics by Pascal 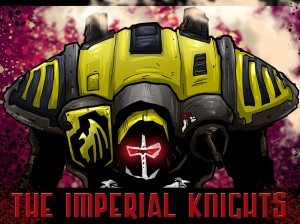 Hey there guys and gals, Reecius has been kind enough to ask me to write an article on my experiences with a knight army so, here it is:). Be sure to check out the Tactics Corner for more great articles.
My blindingly yellow Knights started out as a joke. I’d been nagged by a good friend of mine to start a second army [I’ve run only BA since second ed] and I’d held out for years, but then….cue trumpets and angels….that wonderful 2 model codex came out and bam! complete army with all the options in 5 models. What’s even better is that it’s impossible to not play a fluffy list with all knights but sadly I never won a best army composition in any tourney I played ;).
These are the first models I’ve used an airbrush on and gosh, was it a time saver. Having experienced the torment of getting a nice yellow just on assault marine heads and hand painting three storm ravens I was never going to attempt it without one. The part that took the longest was all the silver trim and the two thousand rivets or more, the larger the surface area the more layers needed to get a non blotchy finish and there are some large open spaces on that model, yikes.
I decided to take all 5 to a few local tourney’s to see how they ran, and figured even if it took someone by surprise and they got stomped, just playing against a well painted unique army that people have wanted to see since the early nineties should make for a good experience. In 36 games no one has rage quit, stomped off or gotten smarmy, which was great.
I took 5 because it was fluffy and unique but I was under no illusions that it was the best way to run them. It was the best way to really learn all of the pitfalls of running them, however, and here are a few things I picked up along the way. 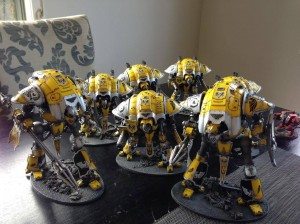 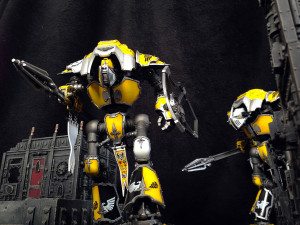 I really loved playing the 5 knights for a while, it’s quite a change of pace from pretty much any other army out there. There are subtleties to using the list but having them as or with allies is definitely the better way to run them.
The future of this army?
Well, I can’t wait to get a bunch of games in with my Cerastus Lancers. Their speed up the table, save in combat and multiple ways to deal with i4 or higher opponents will be great to experiment with. I’m also going to grab 2 Castigators 2 Archerons and one Magaera which should all be completed by the end of January. The completionist bent that was part of the reason I started collecting them has not been kind on the wallet, but it has lead to me to collecting a unique and imposing looking army while finally getting me to learn how to use an airbrush;)
now, how am I going to get them all to the LVO….. 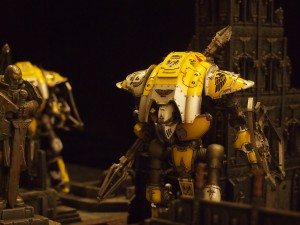 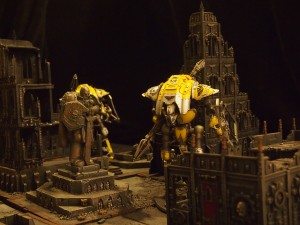 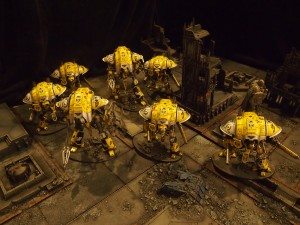 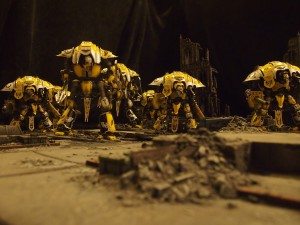 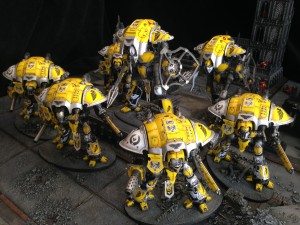 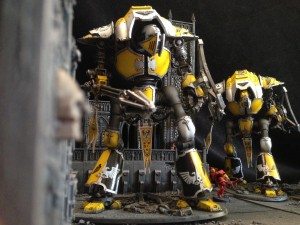 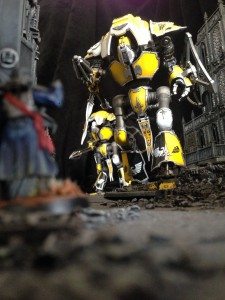 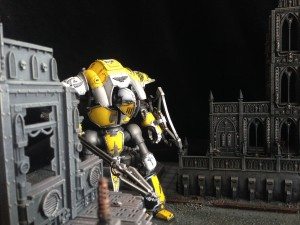 19 Responses to “Knight Tactics by Pascal”