5 Ways to Become a Contender in Less Than a Week!

You are here: Home › Editorial › Hordes › Warmachine › 5 Ways to Become a Contender in Less Than a Week! 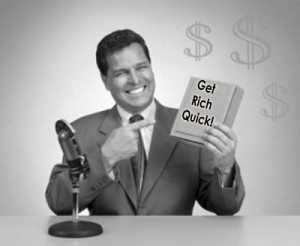 “Get rich quick!” “Lose ten pounds in five days!” The money and health fads have proven that people want results ASAP. Can the same bold promises be made in Warmachine*? I like to think so! Playing the game and having the abilities to go on a deep run in an event cannot be faked. That being said, I often have players telling me that they are on the brink of doing well at events as they try to upgrade their X-1 or X-2 records into wins. There is a certain amount of preparation that has to go into your game when going for the W, so let’s look at five simple ways to upgrade your game in less than a week.

Many people have said that knowledge is power, but in a game of moving threats and tricks, having this knowledge has never been more important. People understand that they need to know all of the models in your opponent’s army, but to really KNOW them you need to refresh yourself whenever possible. A fantastic way to get an edge on your opponent is to read cards from the game when you have time. Use that bathroom break to look through War Room or grab your faction books and give them a gander. This will have you better prepared than you can imagine and make you feel comfortable when you enter the “arena”, a feeling you cannot underestimate. While preparing for events in advance is important, the real key to preparing for a match is taking your opponents cards and giving them a good scanning right when you approach the table. Take your time and read before you roll dice or even pick a table side. This can create small mental cues that may make the difference between a win and a loss and certainly will speed up your game as you do not waste brain power reaching for statistics.

Work on Your Opening

Going back to the origins of competitive gaming, the “opening” has always played a big role in the success of winning players or teams. Whether it be a set of moves in chess or getting proper field position in football, setting yourself up to achieve victory is paramount in pushing an advantage. Assuming we are working with no additional bonuses, in the game of Warmachine you have a 50% chance of going first. This means that with a proper deployment package, you can prepare a strong opening that will work often only making changes when needed to counter your opponents list.  With that information known, go grab your models and deploy them! Get terrain setup on a table and try to understand why you would put your models where and get down some solid concepts to make deployment less stressful and use less clock. Once you have your army setup, you must work on unpacking it and I don’t mean pulling it out of your bag. Unpacking your force simply refers to the initial movements you take to develop your board position. Making sure the right buffs and spells can go on the proper models/units can be harder than one might believe and to upgrade your tournament standings, you need every advantage. After you get this step down you will find yourself up in time, and poised to strike when the armies start to engage.

This is one of the few tips that require a small amount of gaming, but it is sure to only take few reps to get the message into your cerebral play. “Double timers” is a concept that I first thought of when preparing for the early days of death clock. It is truly a simple but effective way to gain tons of time in your games and win many just by out timing your opponent. To set up the double timer, just use both timed turns and a death clock during practice games. By limiting your time with the timed turns you will expand your death clock pool by quite a surprising amount. I even advise dropping the timed turns for a 50 point game to 8.5 or 9 minutes to really give an advantage. This may seem quite rudimentary, but as you can see I put quite an emphasis on time. Many new tournament players make a lot of mistakes and taking every second seriously will gain you advantages in every game.

Keeping on top of the metagame is vital if you wish to find yourself on top of the podium come game day. Scouting refers to a couple of actions you can do to make sure that your pregame prep is as solid as your in-game play. The first way that scouting can be done is by using wonderful references to see what is popular in today’s Warmachine world. Many players do not think for themselves, and you can prey upon that lack of originality by looking for the mainstream lists. I strongly suggest looking at Discount Games to find the tournament winning compositions and using that information to be well prepared when you see it across the table. The second way you can scout is by talking with others at events. This not only allows you to socialize and meet new people, but it can give you a good amount of information on others lists and the way they play them. Being connected on the internet or in person will keep you informed and equipped to tackle the games ahead of you. 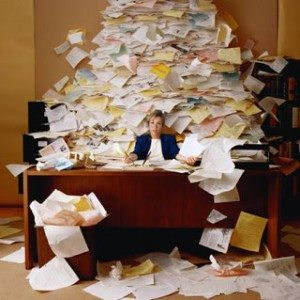 It is funny how this simple trick you mother teaches you can really benefit you in your miniature war gaming career. With so many items that must be included to be effective in tournaments, being organized will just make you more time efficient and help you play a much cleaner game. Using properly labeled tokens, a diverse selection of measurement tools, and having your cards and display tray organized, you will be able to move through the event without stress and allow you to have clean games with your opponents. In the current version of SR2014, when a judge is needed at the table the clock is NOT paused while he makes his ruling. This means that being a clean player with proper tools will save you time and headaches as you go from round to round. If you are looking for many of these tools of the trade, Broken Egg Games has a wide assortment of items used by many of the best players in the game. Grab a solid container to match your carrying tray and make sure things are organized on the table and you will find success can come easier than what your mother may think.

When preparing for an event, hours of gaming and list building will help you find your identity and hone in on a list that suits you best. If you are looking to polish up your skills and ONLY have a few moments here and there, follow many of these tips and tricks and see yourself grow as a player and you just might see yourself at the top table.

*Most times the word Warmachine is used it is referencing both Warmachine and Hordes. There will be time when we look to call out the Warmachine armies specifically, but when I speak of the game system as a whole, I mean to represent both.

Posted on September 25, 2014 by Jason in Editorial, Hordes, Warmachine

← Imperial Knight Review and Tactics, Part 2: Your Core Force
How much AA is enough? →

7 Responses to “5 Ways to Become a Contender in Less Than a Week!”