Come the Apocalypse…Awesome or Awful?

You are here: Home › 40K › Editorial › Come the Apocalypse…Awesome or Awful? 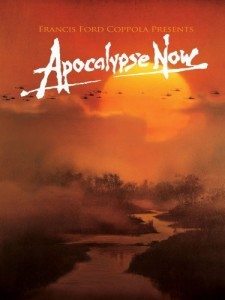 Hey everyone, Reecius here to talk about a contentious issue: Come the Apocalypse allies in 40K.

Come the Apocalypse allies, for those who don’t know, involves allying factions that per the fluff would typically be at one another’s throats. However, the game is now wide open and so this is a thing.

There are arguments for and against using these rules in organized play and I wanted to explore them a bit and share my opinion and why I have that opinion. 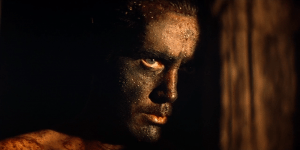 Come the Apocalypse allies are in the book, pure and simple. So, per RAW, they’re good to go. However, so is using unbound rules and in general terms, that is largely not played in organized 40K outside of friendly events which have list approval mechanisms in place to curb the really crazy stuff. Basically, most of us choose to ignore some aspects of the core rules in organized play, so, that argument really doesn’t hold much water.

Beyond the obvious legality, these rules allow for a truly staggering degree of variety. They also allow players to build whatever army they want for crazy levels of customization.

The modeling opportunities are also huge. We’ve all seen some of the amazing conversions that people come up with such as Ork or Chaos Imperial Knights, looted vehicles, Chaos IG, etc. Cool! I love that stuff as do most of you do, I am sure. The creativity inherent in our hobby is easily one of the best aspects of it. 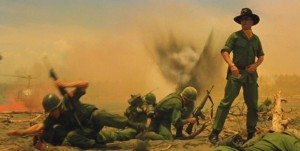 Come the Apocalypse allies also opens the door to abuse in a big way. When you have no limitation on detachments, the temptation to take very effective, single model or cheap detachments with powerful units becomes more than many players can resist. Coteaz, the Culexus or Vindicaire assassin, an Imperial Knight, etc. will creep into a great many lists. While some folks may hear this and say, “hey, I want to be able to take those valuable tools in my list, too!” and I get that–I really do–a lot of other folks are saying the exact same thing as they write their lists.

The finals at Adepticon last year had half of the 16 players with Coteaz and that was with a limitation on detachments. With no limitations, which is what 7th ed indicates we can do if we choose, you will see a larger percentage of players making the choice to take these cheap, accessible units in armies that normally wouldn’t or couldn’t. Tyranids with Coteaz or a Culexus or a Knight? Draigo with Daemons? You will get a large number of players that choose to include these powerful units for no other reason than to buff their army.

The downside there, is that you will end up with hodgepodge armies that don’t have a unifying aesthetic or show a lovingly created army with a clear theme. And, you see the same units in more and more armies simply because, why wouldn’t you take them? It creates less diversity in the game and more unfun combos. 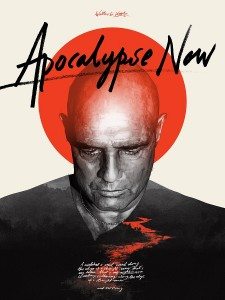 My opinion on the topic.

For what it is worth, my view on it is that Come the Apocalypse allies can allow for some awesome conversions and themed armies. Yes, I agree that Chaos should have Knights and an Astra Militarum-esque battle bro ally to represent their human legions. However, I believe we will get those in the near future.

In the meantime, with Come the Apocalypse Allies allowed, for every 1 army that is truly an awesome work of art, you will get a lot more players that simply stuff a good model into their army because they can to gain a power boost. You then throw the fluff out the window in the process. That to me, is not a profitable exchange.

While I don’t think that we should doggedly adhere to fluff in all decisions we make, completely forgoing it is giving up a lot of what makes the 40K universe so cool. I honestly do not want to play against a Deamon Army with Grey Knight allies. I don’t want to see an Imperial Knight teamed up with Nids. Even if you do cook up a cool story about how it happened to come about, my personal preference is to see the fluff have some impact. Enough to keep the factions cool and relatively unique. Therefore, I prefer to play without Come the Apocalypse allies or with Unbound lists in organized play. I think the game is more enjoyable for more people with some restrictions such as those listed above.

What is your opinion?

61 Responses to “Come the Apocalypse…Awesome or Awful?”