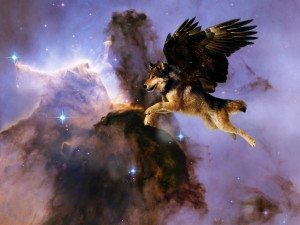 Hey everyone, Reecius here to talk about a space wolf list I want to love! Check out the Tactics Corner for more great tactics articles!

But, like any abusive relationship, will probably end up with me bleeding and broken yet again. Assault Marines, why can’t I quit you!?

I have always loved jump marines, ever since 2nd ed when my Dark Angels Assault Marines (with every one of them having at least 1 power weapon!) were one of the first units I fully assembled and painted. Something about Space Marines with jump packs, chain saw swords and mini grenade launcher pistols was just too cool!

Unfortunately though, Assault Marines have been on the decline in power since 4th ed when they were still scary. Now, they tend to die horribly before doing too much. Not to say they are terrible at all, they do have their moments where they rock, but in general terms they are inconsistent as a MEQ statline simply does not cut the mustard in melee. 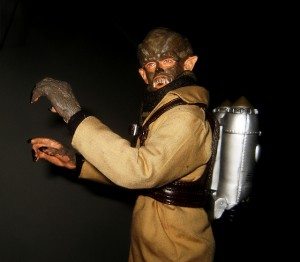 What am I talking about? Well, the Champions of Fenris supplement, of course. That book provides SO many different ways to play Wolves that it is crazy. One of the builds that jumped out at me as really cool, was to take 6 units of Wolf Guard with Jump Packs as your Elites requirements in the Company of the Great Wolf Detachment. As this Detachment essentially swaps Elites and Troops, you can do this! What this gives you is some actually decently powered assault units with tons of flexibility on an MEQ chassis. You get a veteran model (2 attacks, Ld9) with WS5! And at only 21ppm, that is pretty reasonable.

Each unit can be kitted out with a plethora of melee weapons and special kit, but the key to making this work is to add only as much kit as you need to get them to do what you want them to do, and no more to avoid bloat and wasted points.

For me, a good load-out would be 10 jumpers, and 2 Power Fists. This gives you a ton of attacks, Counter Attack, WS5, speed and 2 hidden Power Fists that make you a threat to pretty much anything on the table. You could go Axes for more attacks, but, that strength 8 is brutal. To save points, you could swap a first for a few Melta Bombs in the unit, too, which helps a lot vs. things like Knights and Monstrous Creatures.

So, for roughly 260pts, you get a pretty dang powerful unit! Not bad. As everything counts in large amounts, you need volume to ensure some of them survive crossing the table. 6 units of these weighs in at 1560pts. Yikes! That leaves few points for support. So, consider swapping out a few units for Skyclaws, which are significantly cheaper and still hit fairly hard. You run these units as mobile screens and first wave units to absorb enemy fire and overwatch as expendables, allowing your vets to get in there and do work. A unit of Skyclaws with an Axe and 2 Flamers is only 175pts, saving you 85pts per substitution. So, if we swap out 1 units of Wolfguard for Skyclaws, we get a total of 1475pts. Much nicer!

We now need support. As we’re sticking to our aerial theme, let’s take a Wolf Priest with Jump Pack to boost any unit he goes with. Lastly, a Stormwolf with Multi-Meltas to help out with mobile firepower! That leaves you with a few points to play around with for wargear options.

Is that a list that will win a tournament? Probably not. Is it a fun, themed list that actually packs a good punch with Assault Marines? Yup! I want to try it out for fun games as I think that much mobility would be a lot of fun.