The Greatest 40K Player in the World on Playing the BAO Missions!

You are here: Home › 40K › Editorial › The Greatest 40K Player in the World on Playing the BAO Missions! 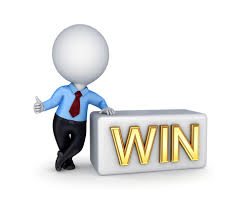 Hello everyone, Frankie here to talk about the BAO missions.

We then have a secondary mission worth 3 points. The secondary is a modified Maelstrom Mission which you will roll for at the beginning of each game turn. Each player rolls for their two missions separately and will possibly be playing different missions than their opponent each turn. Its also important to remember that Lord of War points accumulated by destroying super heavies goes towards the secondary.

Lastly we have tertiary missions which are the normal bonus points: First blood, Slay the warlord, and Line breaker; straight forward.

Now let’s go over how to win games playing our missions since that’s what the greatest 40k player in the world tends to do (and that is me, just in case anyone was wondering!). List building is extremely important for these missions. You will need some fast units to grab objectives in your opponent’s deployment and also to grab line breaker points. You will need some fire power in order to kill light armored units for kill points and because many of them will be objective secured Rhinos and Droppods that will be on the field scoring points. Lots of units will be more beneficial in these missions since objectives will be really important but MSU will also hurt you on the kill point missions. A close combat unit or two will be important so that you can beat people off of those objectives they are trying to score for the missions. Lastly a deep striking unit or two will be nice to drop onto objectives and get to places where the rest of your army will not be able to go. Basically a balanced list will excel at our missions more than a specialized army, most of the time.

Now that you have the list ready to win these missions, let’s talk about actually playing the mission. First, always remember what the primary mission is. It will get a little confusing since you are playing two different secondary’s every turn. First blood is just as important as it was last edition but if you cannot get it make sure you are going to win the secondary. The secondaries will be a little different than what you are used to and always remember sometimes it’s better to deny your opponent points than it is to score your own. You don’t want them to get too large of a lead. Don’t forget everything is scoring so that you can grab those objectives without moving your troops back from the fight. The tertiary’s are incredibly important as they will quickly add up and take a win to a loss. Each one is essentially 10% of your total points, so make sure to go for them.

Don’t forget all of the minor changes that have been done due to the edition change and remember to always play to the missions. If you do that you might even be able to win this thing ;P. 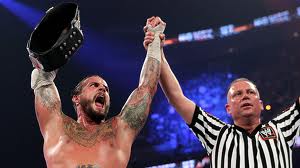 48 Responses to “The Greatest 40K Player in the World on Playing the BAO Missions!”