The New Psychic Phase – Missing the Forest for the Trees.

You are here: Home › 40K › Tactics › The New Psychic Phase – Missing the Forest for the Trees. 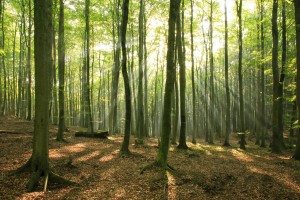 DarkLink is here with an article on the new psychic phase! Check out the Tactics Corner for more great content!

Since 7th came out, the new psychic phase has been a big cause of contention in the community. Talk

of the rise of uber-psychic armies and capping warp charges has cropped up left and right. So, being an

engineer with some understanding of statistics, and after being told my Grey Knights were now da bestest

eva!, I decided to actually crunch some numbers.

So I broke down the psychic phase in a couple of ways. I’ll address each from the assumption of

imbalance, that is, one psychic heavy army vs a psychically weak one. Say, GKs with 15+ warp charges

versus a SM player with a single ML2 psyker.

First, how many powers will the uber psychic army cast? Really, it doesn’t matter. Most powers are either

relatively unchanged, or very similar to what was available last edition. However, last edition you could

reliably cast one psychic power per mastery level. Now, though, a WC1 power will cost 3 dice, a WC2

with two Farseers and 10 Warlocks could cast ~15 powers, each with a 70% or better chance of success.

Now, they’ll generate 19.5 dice on average, which will drop them from 15 powers to… about 5. Fortune

and Prescience will eat up 10 dice, and with 9 dice left that’s only three or four more powers. So the ”uber’

psychic army just took a huge nerf compared to last edition. You now need to make a huge investment in

psykers just to get even the basic powers off.

Now, is the Seer Council still good? Well, you can still get the 2+ reroll, but overall it’s unquestionably

weaker. GKs can cast lots of powers, but nothing they couldn’t already do with the exception of gaining

Invisibility. So GKs haven’t taken as much of a hit as Eldar, but they haven’t gotten any better than they

were last edition so I don’t see how GKs powers would be an issue.

Which brings us to Invisibility, and to a lesser extent summoning. This power is kinda broken. But

that’s got nothing to do with the psychic phase. Stopping invisibility by limiting warp charges would be

like nerfing Riptides by saying Tau can only shoot half their units. Tau players will just not shoot their

devilfish and keep firing off ion accelerators and heavy burst cannons. Problem not solved. So why do

people think that we should try to limit warp charges? That’s irrelevant to the issue at hand, and fails to

The new Deny system is, in my opinion, pretty clunky. But I’ve heard a lot of complaints that the uber

psychic armies shut down everyone else. So I did the math. I started by calculating the odds of stopping

a WC1 power with 3 casting dice. Turns out, to have a 5p% chance of blocking it, you need 9 Deny

dice. That held pretty true for other situations as well. To have a 50% chance of blocking a power, you

need about 3 times as many dice as your opponent does. Emphasis on the 50% part. More dice.had only

So, sure, an uber psyker army can block a couple of powers, maybe. A single Librarian at ML2 can on

average cast about 2 WC1 powers with 3 dice each. That takes 18 dice for a 50% chance to deny per

power. That means my uber GK army only blocks both powers about 25% of the time (assuming they’re

blessings). I wouldn’t call that completely shut down. And, what, you lose a psychic power? That might

make your librarian less useful, but it’s a fairly small chunk of your army. I do not see that as a balance

So if psyker spam is significantly weaker than last edition, capping warp charge dice does nothing to stop,

say, Invisibility, and psychic heavy armies don’t shut down lone psykers quite as heavily as some claim

(and even when they do, it doesn’t have that significant of an impact of the non-psyker army), why is

there so much pressure to cap psychic dice. Psykers just took a huge nerf, not a buff. Yes, there are still

some powerful psychic abilities out there, but don’t miss the forest for the trees. Ban invisibility and/or

summoning if you feel the need, but don’t freak out over warp charge spam.

← Requiem for an Edition Part 4 of 4
Signals from the Frontline: Warhammer 40K and General Gaming News, Rumors, Tactics and Comedy! →

23 Responses to “The New Psychic Phase – Missing the Forest for the Trees.”